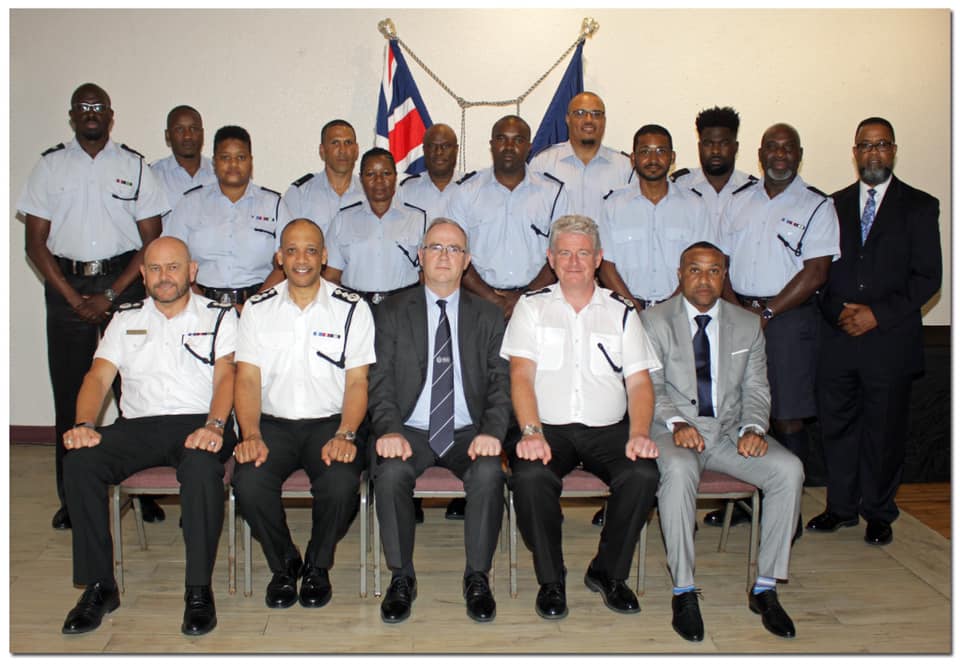 Eleven officers are promoted to Sergeant

At a 5:30pm ceremony held at Police Headquarters in Prospect Devonshire on Friday, June 7th eleven officers were promoted to the rank of Sergeant.

In addition, family, friends and colleagues of the officers being promoted filled the Police Recreation Club hall to show their support.

Commissioner Corbishley highlighted the important role that Sergeants perform in the Bermuda Police Service (BPS) and offered congratulations to the eleven recently promoted Sergeants on behalf of all ranks and staff of the BPS.

On behalf of the Bermuda Ex-Police Officers Association we congratulate all of these 11 young men and women on their promotion to the rank of Sergeant, and wish them all the very best in pursuing their careers.