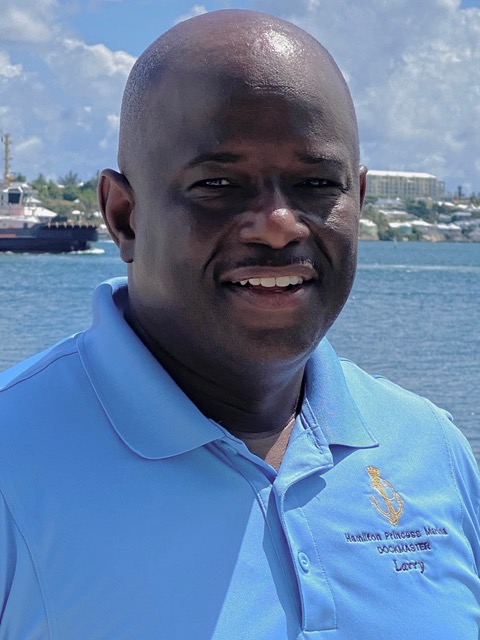 During her recent visit to Bermuda,  I was escorting my sister and her partner on a tour of the Hamilton Princess when we happened to stop for a drink at their beautiful outdoor bar on the hotel waterfront. Whilst sitting there enjoying a cool drink and gazing at the magnificent view across Hamilton Harbour we were attracted to  the sound of  what I can only describe as “major fish frenzy”  just a few yards away,  directly under the 1609 restaurant. 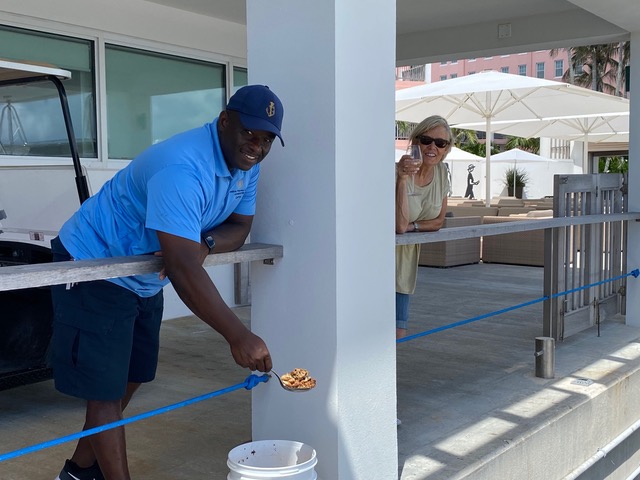 We went over to see what was causing the commotion and discovered a huge shoal of fish fighting like crazy while being fed by a gentleman with a familiar beaming  smile who turned out to be the Hamilton Princess Marina Dockmaster -  our former colleague Sgt. Larry Dean  -  who was feeding them with gourmet kitchen scraps from the restaurant which, incidentally, is one of the finest in Bermuda. 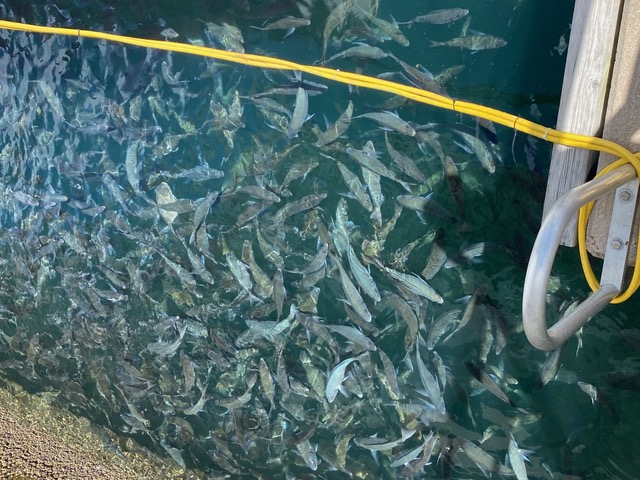 I’ve never seen so many eating-sized fish in one place in Bermuda in all my life, but before you get any ideas please be aware that fishing from the Hamilton Princess Marina is strictly prohibited and the person likely to enforce the rules is Larry who retired from the BPS and  is really enjoying his position at the Dockmaster at the marina. 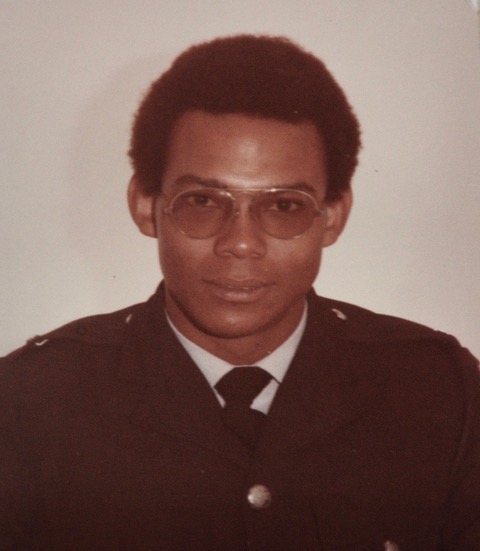 A graduate of Berkeley Institute,  Larry first put on a police uniform as a Cadet when he joined in 1984  and he attended Basic Training Course #38 along with an elite group of recruits which included now retired Commissioner Michael DeSilva, and our present ACOP Antoine Daniels. 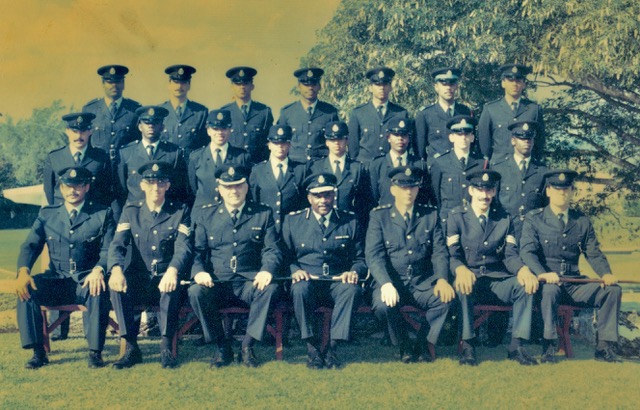 After serving for two years in Western Division, Larry was recruited into Marine Section by then OIC Phil Every,  and as Larry says, he loved working in Marine Section and spent the next 22 years patrolling Bermuda’s waters.

Larry changed course in 2007 when he was promoted to Sergeant at which time he transferred to Training School as an instructor, and remained in Training School until his retirement  from the BPS  in August 2017.

Never one to stand still, Larry joined the EOD Team in 1994 and remained on the team until his retirement having become the EOD team leader when Mark Bothello retired.

When asked about his position as the Hamilton Princess Marina Dockmaster, Larry explained that he was approached about the position by management of the hotel around the time he was turning 50, with 5 more years to go before reaching retirement age for the BPS.  With his 22 years of experience in Marine Section this was a great opportunity for Larry who says he loves the job and described it as the perfect move for him personally.

Our chance encounter was a real pleasure and there’s no doubt that Larry made the right move at the right time. And with his friendly and outgoing personality he's also a great ambassador for visitors to the hotel.

We chatted briefly about him writing an article for our "Then and Now” column describing his experiences in the BPS and I have no doubt he will have some fascinating stories to tell. We look forward to hearing more from Larry about his 33 years of dedicated service in the BPS.