We have just received this copy of a wedding party from the early 1960's  at a time when men wore white tuxedo jackets.  We are aware of the names of the young couple, but we would also like to know the names of everyone else in the wedding party, especially the smartly dressed young men, all of whom we believe were serving police officers at that time, together with where and when it was taken.  We had provided an enlargment of the young men to assist with identification. 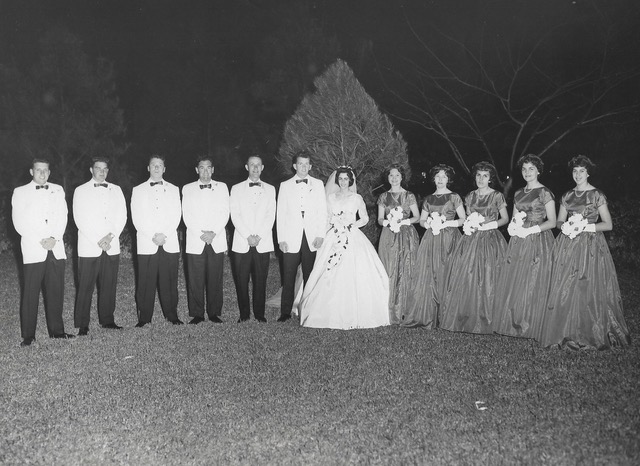 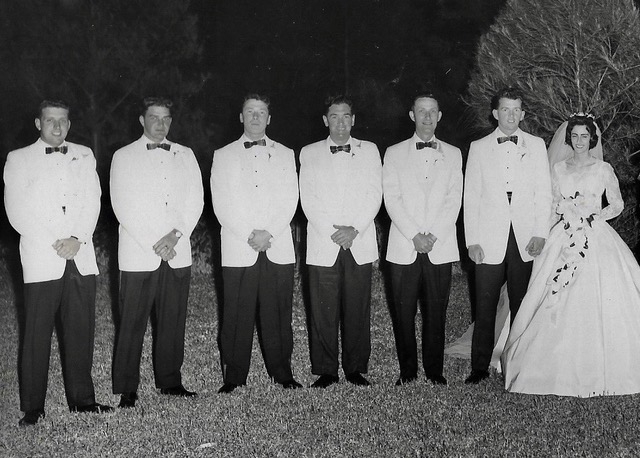 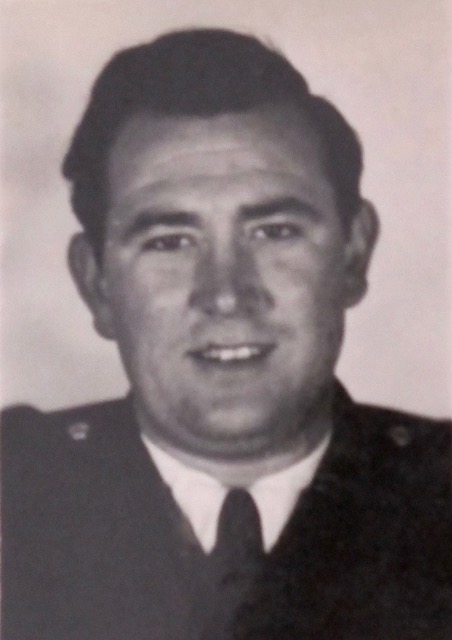 We have received the following information from former P.C. Dave Gillery in Australia:-

Greetings to all from downunder.

Frank and I came out to Bermuda on a BOAC Brittannia via Gander on 16th October 1959 together with John Brennan (nickname “Extra”).

Frank was a really nice, pleasant chap, partial to a drop of scotch which led him into a trouble with our Hamilton watch sergeant John Cribbin !

Always had a great respect for him for his devotion to Patsy.

Regarding the wedding photo, cannot place the best man but the person next to him is Alistair Fraser, a Scotsman who received severe

injuries in a scooter accident at Prospect and I think had to leave the force.