We recently discovered this group photo but have no idea why this gathering was held.  We wondered if anyone help out?  It's clearly taken at Prospect but wondered if anyone can recall why this group was brought together, and also who is in it and when was it taken?  For those of us with ageing eyesight issues we gave you  two blow-ups of the photo which you can use to help us identify just who is who.

Although we first published it in the Spring of 2022 we've not had anyone say definitely why it was taken other than the observation that it of Sergeant and above.

We have now added a caption and I believe we have finally been able to  correctly identify everyone in it, but check for yourself and let us know if you disagree! 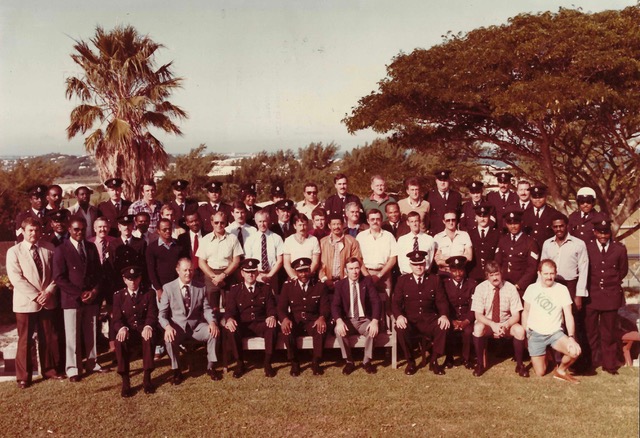 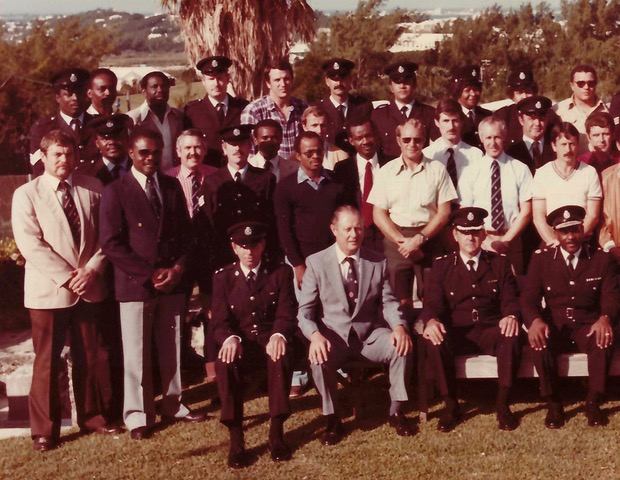 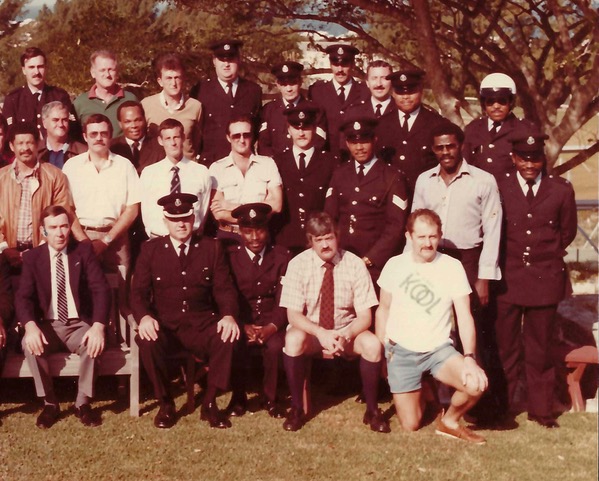 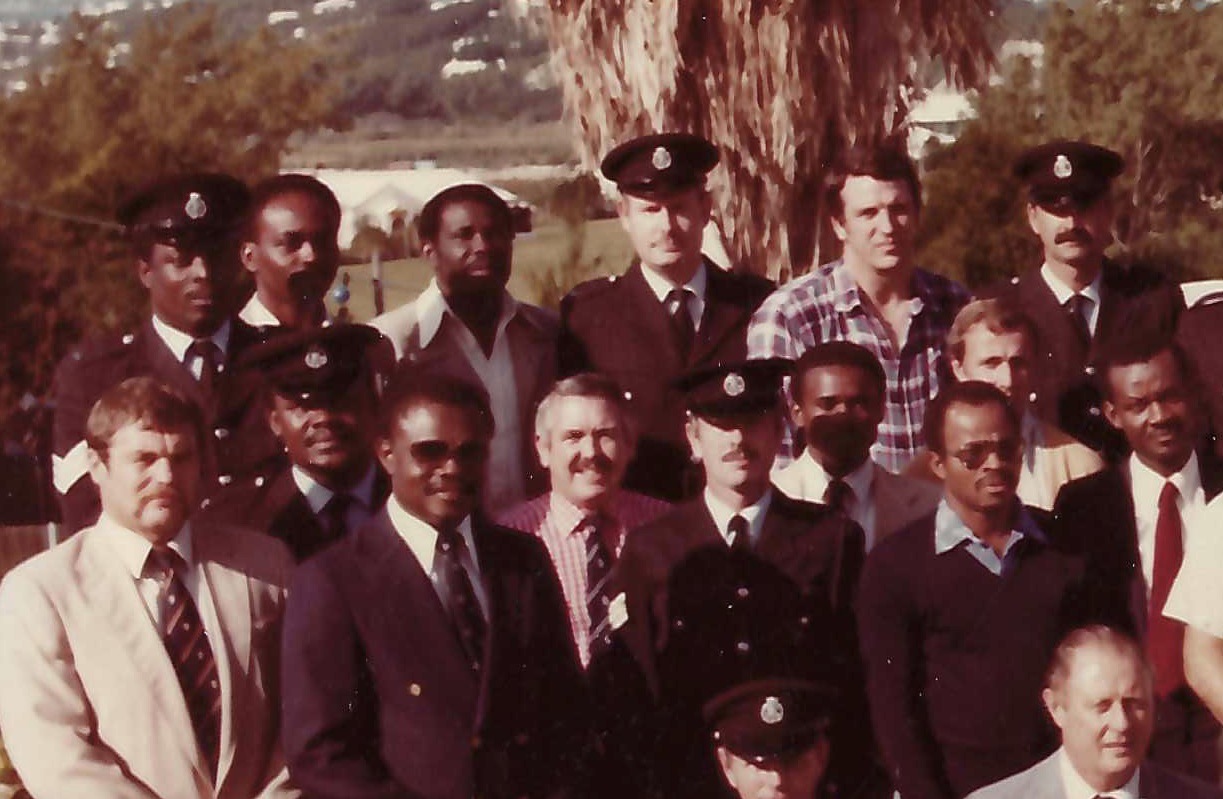 Territt Cabral 4 months 7 days
Then a time stamp would solve it all.
Shalom.

Editors note - I'm presuming that you are saying Barry Walkes is the guy at the right end of the 2nd row from bottom staning next to Laurie Phillips, and believe you are 100% correct.

Davie Kerr 25 days 20 hours
I would respectfully disagree as I'm pretty sure Barry was taller than Laurie, but that's just my opinion.
Have any other blanks been filled in yet? I remember asking that same question nearly 4 months ago!

Editors note - I was able to check the heights of both Barry and Laurie in their entry in the police register, and whereas Barry was 5'10' on joining, Laurie was 6'. Having also closely looked at Barry's photo on his warrant card and compared it with this photo I'm 100% sure it is Barry.

This is not the clearest photo we have ever published, and after checking the copy in our file, which is slightly better than it appears on the website, I've made the following changes:-

It is definitely Eddie Edwards between Ray Bell and Reese Bartley, and Barry Walkes at the end of the row next to Laurie Phillips.

Davie Kerr 4 months 15 days
By the way, has anyone filled in the other blanks yet?

Editors note - Not so far Davie.

Territt Cabral 4 months 12 days
Not seen that here Davie.
I do remember them all and can name them but thats not the purpose.

As for the times of publication it seems like I am ( to me) copying other peoples comments/answers.

Something is being lost in posting comments here Roger.
An opinion.

Editors note - Let me explain briefly how the system works. No comments appear without having first been monitored for content. As editor I try to review all new comments on a daily basis, and sometime twice a day. For example, yesterday when I checked new comments there was one from Terry identifying Mike Rickards, and another from Davie Kerr also identifying "Dagwood". I duly posted them both, and because Davie had posted his a few hours after Terry's it now appears at the top of the page as the most recent one.

The whole purpose of publishing these photos is so that our members can try to figure out everyone in each photo and also provide more information about the photos. In this case we are still trying to figure out why this photo was taken in the first place - and when.

So we still have just one to go but havn't settled on either a date for the photo of the reason for having it taken.

Davie Kerr 4 months 15 days
My bad for failing to pick up on the Missing Man, especially as he was my Sgt in Somerset for a while! It has to be Mike "Dagwood" Rickards....

Editors note - Having viewed the original photo I'm certain that although the guy between Bill Butterworth and Foster Bruke is definitely Stan Francis he sure looks like "Crock" in the first blow-up. I'm adding an extra blow-up to help you all to see it as I see it, and I think you will all agree that it Stan.

There may be a little confusion because some are including Stan and Paul Farrell in the 2nd row although they are slightly behind Bill and Foster. I note that no-one has yet identified the Sergeant in uniform standing between Paul Farrell and Lional Haynes. I guarantee he will easily be recognised in the new blow-up!

Territt Cabral 4 months 16 days
Mike Rickards is the answer.
Did this come through?

Editors note - Top marks Moby. I believe you're correct on all three counts. I have a slightly better copy of the photo than you see on the website, and I agree that it's not Crock and it certainly looks like San Frances. It's defnintely Arthur Bean next to Steve Petty. Perhaps you can mention it to Arthur next time you see him in the Olde Town! And yes, that must be Eddie Edwards next to Ray Bell.