This officer is NOT Dave Garland!

The photo below of a policeman in St. George's providing directions to a young lady, was recently posted on the "Old Bermuda, Our Island, Our History" Facebook page, by Wanda Robinson. It was taken in October 1963 and we know from the attached Bermuda News Bureau article that the lovely young lady is Miss Bettilu Semken from Bronxville, New York, who had recently won the title of Miss Westchester in a beauty and personality contest for which she won a trip to Bermuda.

So we knew where and when it was taken, and we know the young lady in question, but there had been some speculation that the police officer is our own Dave Garland, but Dave squashed that theory by confirming that it is definitely NOT him.  Dave thinks the officer was working in St. George's but it could have been an officer was who assigned to be there for the photo op. and not necessarily someone stationed in St. George's.

We asked if anyone could assist us in identifying the police officer in question.  We heard from Mike and Carolyn Burke who believed that it was a member of the Reserve Constabulary,  and we also received information from our old friend Terry Cabral that he believed it was a Mr. Pitcher but at first Terry couldn't remember his name.

However, Terry has since written to say he believes it was Mr. Earl Pitcher and that his son, brothers and nephews all worked as pilots during the 1960's - 1980's.  In order to assist us in researching this matter, we called on our good friend Frankie Foggo who now is manager of the St. David's Gas Station and store. CLICK HERE to read about Frankie in our Keeping in Touch column for 2022, and scroll down to the entry for 22nd March. As mentioned in the article, Frankie was recently appointed as a Justic of the Peace, and we figured that if anyone could track down relativbes of Earl Pitcher it was be our Frankie,

Sure enough Frankie located Mr. Earl Pitcher's son, Alan "Moose" Pitcher, who confirms that the photo is of his father who he remembers was a member of the Reserve Constabulary, and to the best if his knowledge the family still has his old Reserve uniform.   "Moose" also recalls that when he and his brother were young, their father  used to work for Shell and he would be fuelling planes at the airport.  His father later worked for Myer and Company for many years.  "Moose" also confirmed that, as Terry mentioned,  he and several members of his family worked as pilots.

It has taken us several months of enquiries but we can finally report that the photo below is definitely NOT of Dave Garland, and that is is definitely, Mr. Earl Pitcher taken when he was a member of the Reserve Constabulary way back in 1963.  Many thanks to Terry Cabral for solving this case! 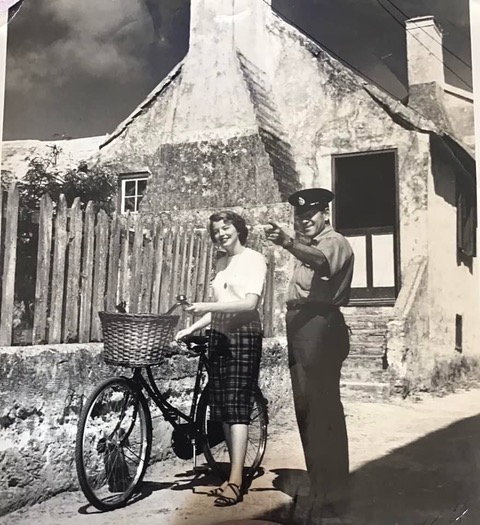 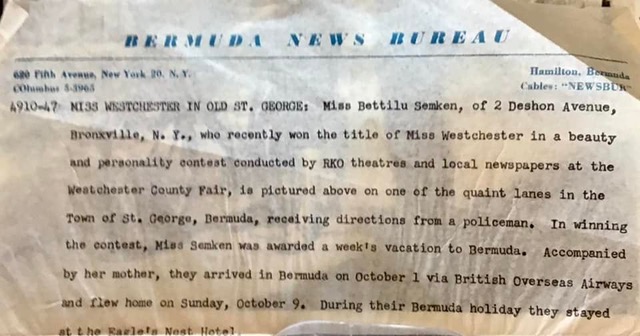 Territt Cabral 2 months
Any luck with your quest to identify the above?
I can see you have spoken to Brinky.

Editors note - Brinky was going to look into this in St. David's but I havn't heard back from him. Will check with him again, and will also get in touch with Frankie Foggo to see if he can assist.

Territt Cabral 4 months 17 days
I believe that is Earl Pitcher.
His Son, brothers, and nephews works on the Pilots boats back in the 60-80's.

Editors note - Many thanks Terry. I was discussing this photo with Brinky Tucker last week and he know many members of the Pitcher family. Will ask him to check with them. This photo has appeared on both our ExPo website and the "Old Bermuda, Our Island, Our History" and you are the only person who has given us what sounds like a positive ID.

Davie Kerr 4 months 28 days
OK, so it may NOT be Dave Garland, but you have to admit that it does look an awful lot like him!

It may be a Reserve, as I think I can just make out some sort of flash on his left shoulder and I'm pretty sure that Reserves had such a flash.

Editors note - Agreed that it does look a lot kike Dave Garland but an "older version"! Ive head from Mike and Carolyn Burke who believe it a member of the Reserves, and Terry Cabral believes it's a Mr. Pitcher and will let us know if he can rember his first name