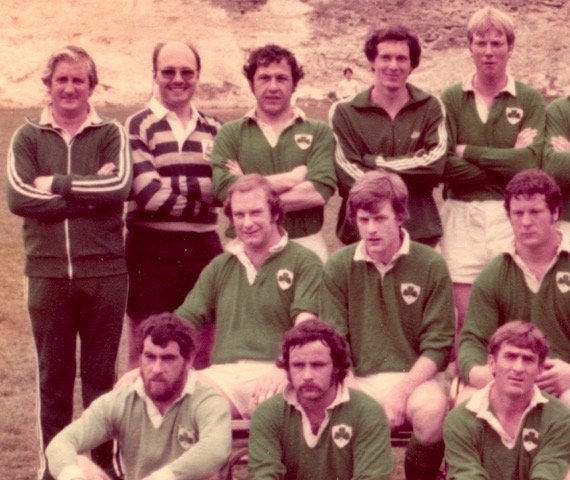 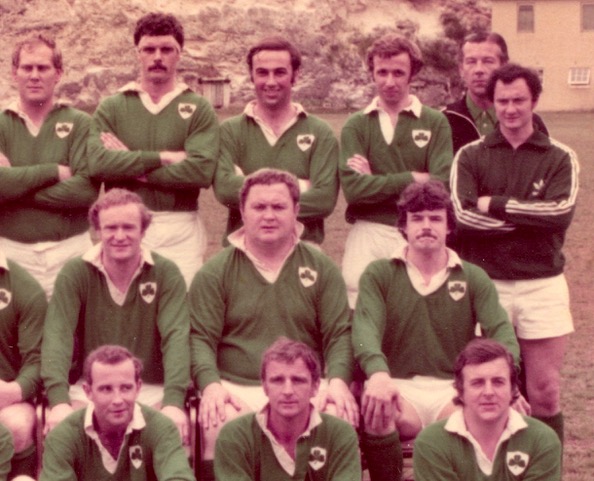 Jeff Baker 3 years 7 months
also next to Keith Cassidy and in front of Peter Stubbs is Kevin Batters.Editors note - Many thanks Jeff. I believe we now have 100% of those present for this photo.

Jeff Baker 3 years 7 months
The game was actually played on 26th March 1978 at Nationals. The names you are looking for are Tim Davison and Bruce Irvine. The Rest of Bermuda XV ,comprised of the following Police players. Jeff Baker (Capt) Godfrey Davies. Bob Railton.and Derek Richardson. The invited International guests on the team were Peter Squires(Eng) Alan Old (Eng) Doug Morgan(Scot) Peter Stubbs was a Touch Judge.. The Irish won 27-14.Editors note - Many, many thanks for this info Jeff. I'm presuming that Tim Davison was not a policeman because I can't find his name in any of our records. Is there any chance you have a photo of your Rest of Bermuda XV ? If so I would be happy to pubish it alongside the Green Team photo.