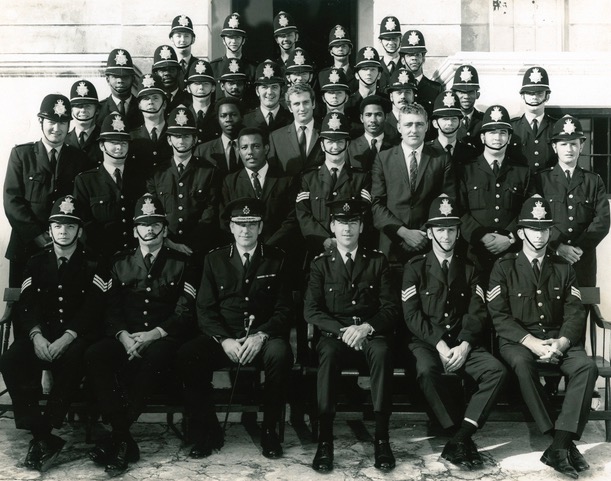 Maurice Pett 2 years 9 months
Roger, this photo had to be taken prior to April 1971. Pete Shaw and others that came with me on 2.3.71 were posted East towards end of March 1971 after localisation course and they are not in the photo. MobyEditors note - We are grandually zooming in on when this photo was taken. Its appears it must have been taken in the time span between November 1970 and the end of March 1971. Can we get it closer?