Empty
We said there is more than one legendary character in this photo!  There was no problem identifying all four of these golfers as Custerfield "Custy" Crockwell, William "Spider" MacKenzie,  Steve Taylor and Stanley Hill, although we might debate who are the "legends".  One has to be "Custy" who was always a happy-go-lucky guy, but not one to tangle with if you were on the other side of the law.  He was a great boxer in his younger days and could also hit a very long galf ball.
The photo was taken on the first tee at Port Royal Golf Course, probably within a couple of years after it officially opened in 1970.  Steve Taylor arrived on Island in November 1971 from the Wirral where he played golf at Wallasay Golf Club where he had a four handicap.   Although there were a few golf trophies in the PRC trophy cabinet when Steve arrived on Island the Police Golf Section was inactive, and Steve  was very keen to see it revived.  He jumped in at the deep end and, with Alex Forbes as President, Keith Cassidy as Secretary, and Steve as Treasurer, they resurrected the Golf Section and stayed on the Committee for many years. Their dedication to the Golf Section resulted in all three being made honorary members of the Police Sports Section for their efforts.
Sadly,  "Custy" and "Spider" are no longer with us, while Stan and his wife Hilary emigrated to Australia a few years ago.  Steve remained in Bermuda and was also responsible for the revival of our Ex-Police Officers Association  for which we are most grateful. Steve just recently left the Island and has retired to his home area in the Wirral where he has every intention of getting back to golf at his old club, Wallasay, which for golf afficianados was also the home club of Dr Frank Stableford who created the Stableford scoring system.
Our comments section below lists some other members of the Golf Section and we welcome any more comments. 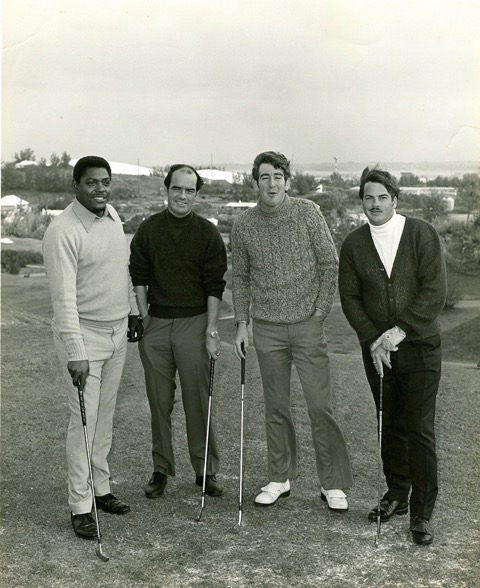