Mike Caulkett - Not so Easy Rider! 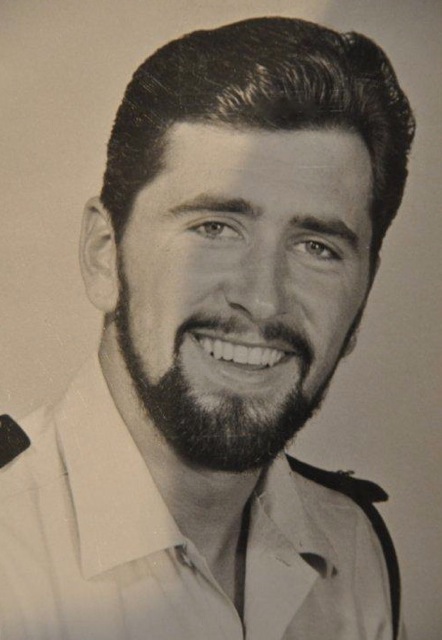 We received the following account from Mike Caulkett who still enjoys cycling as do his former colleagues, Ray Banks who now lives in Canada, and Jim McIlwain who resides here in Bermuda.

"We had a really nice April (2011) here in England which enabled me to get out on my bike early in the year. After a few good rides I felt quite fit and thought I would do something different to mark my 70th birthday on the 12th August. (Why I couldn't just open a bottle of bubbly I don't know)!

I decided to ride the length of the River Thames from its source in Gloucester to the Thames Barrier at its mouth in London - a distance of 184 miles. Family members dropped me off in Cirencester on the 12th July, and after a night in a B&B I set out the following morning. In the end it turned out to be more of an endurance test than a bike ride due to the constantly changing terrain, various obstacles and dreadful weather for the last two days.

Mike in Cirencester the night before setting off on his journey

I started on the Thames Path, which is really meant for walkers not cyclists, and it covers all sorts of ground conditions from muddy fields to narrow overgrown tracks, meadow, and sometimes decent paths. But at least its flat, apart from a couple of diversions. There are masses of gates, stiles, kissing gates etc. which frequently meant unloading the panniers and lifting the bike over, only to rebuild it the other side and repeat the process many times a day. I stopped in B&B's along the route and did 53 miles the first day, 40ish miles for the next three days and 20ish on the last day before getting the train home, absolutely soaked through. In addition to covering a total of 218 miles, I also cut my leg quite badly on a pedal on the second day which required hospital treatment. It is now infected and is slow to heal so I am on my second dose of antibiotics which I hate taking. Never mind, I did it and thought I would share it with you even if it doesn't compare with Jim's (McIlwain's) various long rides and I am sure the miles Ray (Banks) does very regularly.

Made it! The end of a 218 miles ride, soaking wet but happy.