The BPS website has recently started creating a series of “Profiles in Excellence” highlighting the careers of outstanding serving police officers who are a credit to the Bermuda Police Service.

We will be publishing these profiles because many of our ExPo members will have served with these officers when they first joined the Police Service,  and we thought you might be interested in and impressed by how well they have progressed in their careers.

This article is about Inspector Kenten Trott, and during an interview with Kenten  I discovered that he has a direct family connection with two of our  ExPo members.  I also asked Kenten if any particular police officers had been especially  helpful or inspirational to him during his early days.

Here is the article as published on the BPS website, followed by some additional comments from Kenten. 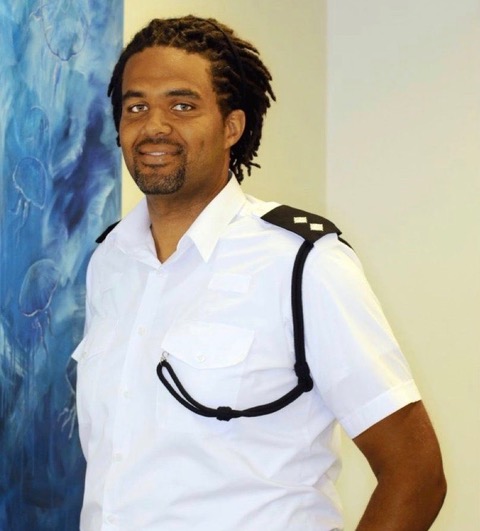 I am a proud father of 3 children who mean the world to me. I am a graduate of The Berkeley Institute and Rotary Exchange Student (Ecuador, 2003). I was raised in St. David’s, Bermuda and I love being a Bermudian. I am a God-fearing Christian. Outside of Policing most of my time is spent with my children/family/loved ones and I am an avid motocross racer. 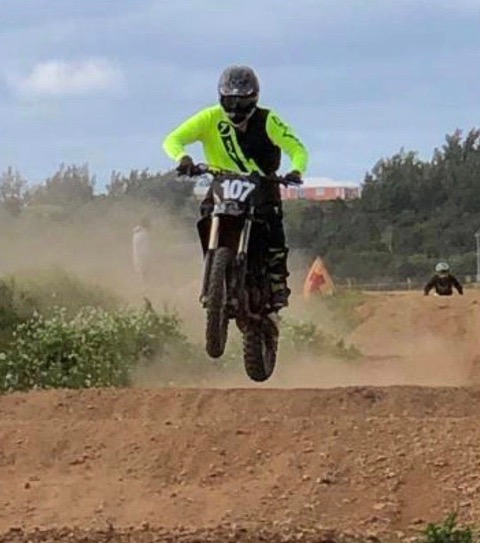 Kenten in action at Motocross

I joined the Police on the 16th of April 2007, so I have been an officer for just over 13 years. The most exciting and rewarding career decision I have ever made was becoming a Police Officer.

I am the Detective Inspector of the Serious Crime Unit. I am also the Cybertips lead for the BPS.

The Serious Crime Unit deals with the most heinous and as the name suggests “serious” crimes that occur in Bermuda. My role brings value to the community as we conduct quality focused investigations that demonstrate care and compassion for victims/witnesses and with the intention of bringing offenders to justice.

I take my role very seriously, and although it might sound cliché, I joined the Police for the sole purpose of making a difference in my community. Bermuda has always been and will always be my home, and I am blessed to be able to spend every day making my island a safer place.

My personal values are: Respect for all, accountability, integrity, courage, professionalism, confidentiality, faith. Although I am not perfect (no one is), I pride myself on the fact that each day I strive to be a little better than I was the day before.

I am a part of SPS.bm which is Support Public Schools Bermuda; a member of the Bermuda Motocross Club; and part of a group of young people trying to make positive change in Bermuda. At the moment because Policing keeps me so busy, my main priority outside of Policing is my children. As a result I temporarily stepped back from many of the community initiatives I was a part of to ensure that whenever I am off I spend quality time with my children.

Kenten attended the Recruit Foundation Course No. 69 (formely called Basic Training Courses) from June – October 2007, and on graduation he was awarded the Baton of Honour and the Academic Award. 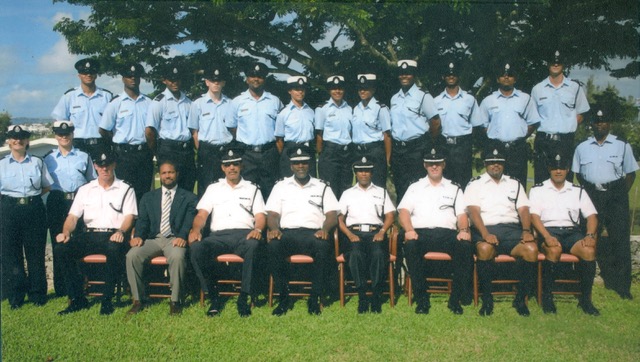 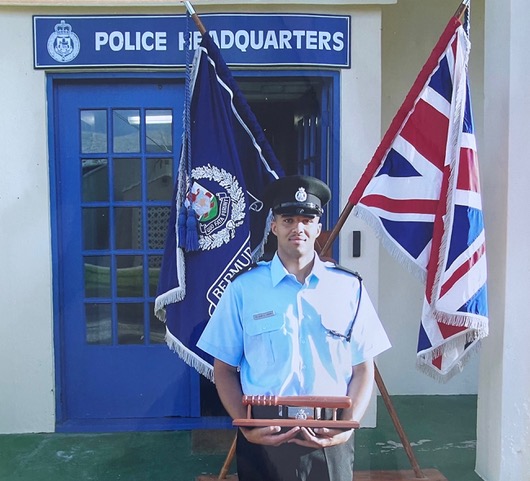 When asked about who influenced him to join the BPS he had no hesitation in saying, “My grandparents, Juanita and Steve Shaw were definitely two people that influenced my decision to join the Bermuda Police Service. As a young boy growing up I saw how hardworking, dedicated and community oriented my Grandparents were as Police Officers, and I knew I wanted to be a part of something bigger than myself. 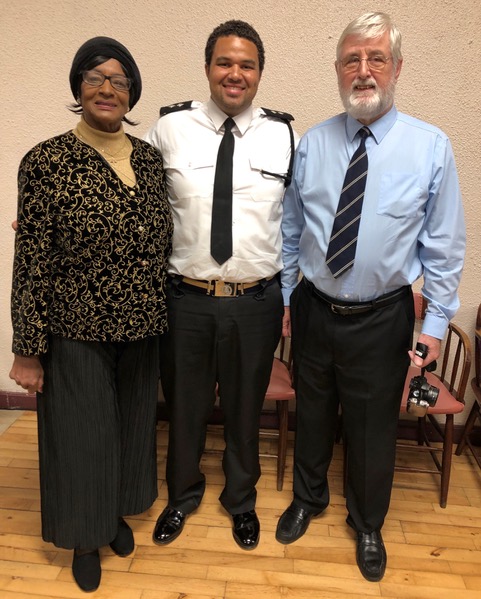 “When I initially applied to the Bermuda Police Service,  I did not tell anyone until I was informed that I was successful in my application. They were pleasantly surprised when I told them, and from that day until now my grandparents have constantly provided me with support, encouragement and an ear to listen.

“Although they were already retired when I joined, I ensure that every day I carry their legacy and positive attitude in my role as Inspector in the BPS. I consider them to be my biggest inspiration and mentors in my career.

“Retired Chief Inspector 454 Calvin Smith is someone who also assisted in my development from very early in my career in the Criminal Investigation Department and then the Serious Crime Unit. 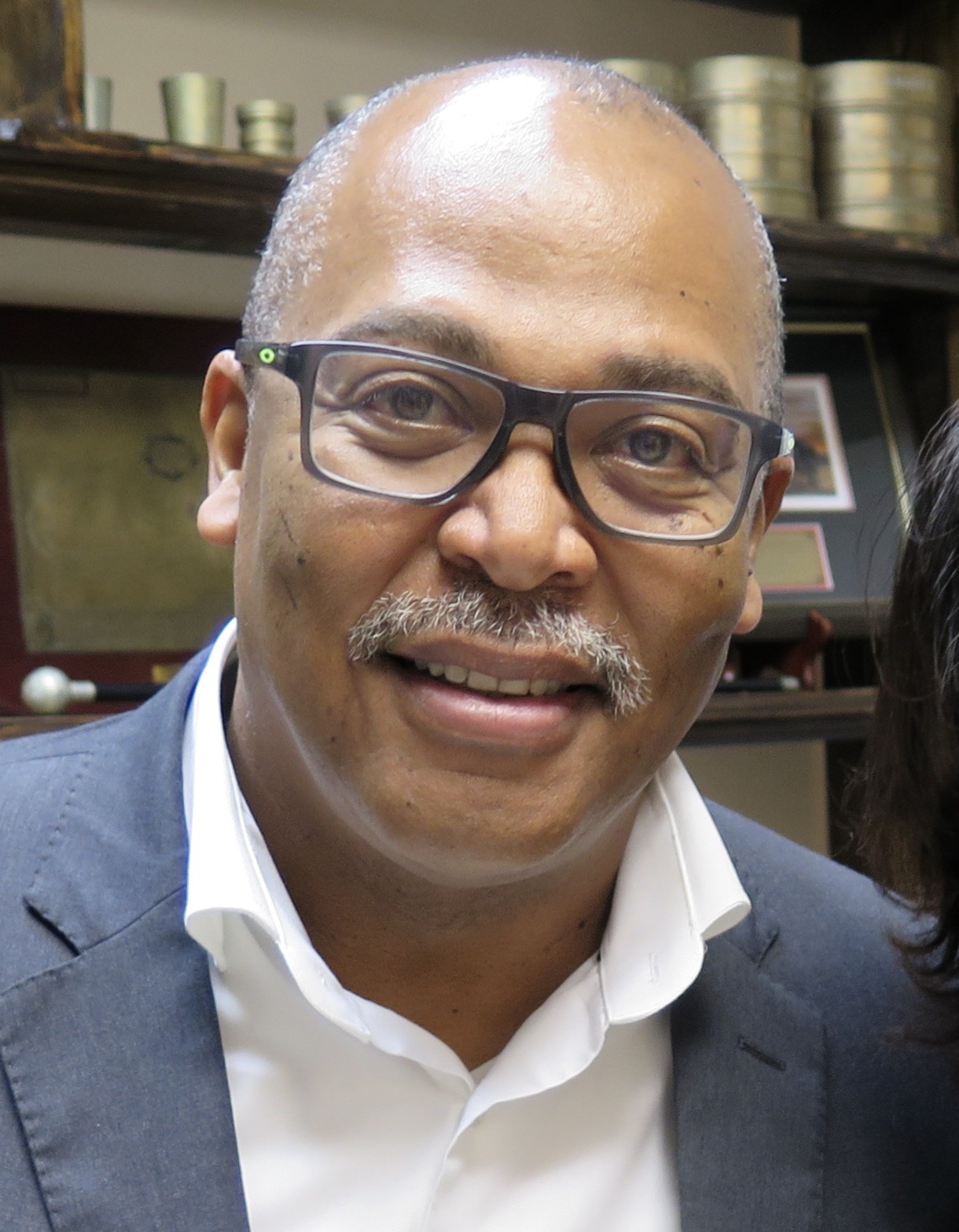 (Editors note -   Calvin Smith is currently serving as President of the Bermuda Ex-Police Officers Association and is doing an excellent job.)

“One person I definitely must mention (God rest his soul) is Sergeant 475 Gregory Grimes who sadly passed away in December 2016. He was a mentor, colleague, and role model who became a friend. As a newly promoted Sergeant, he took me under his wing and helped me to become the supervisor that I am today. 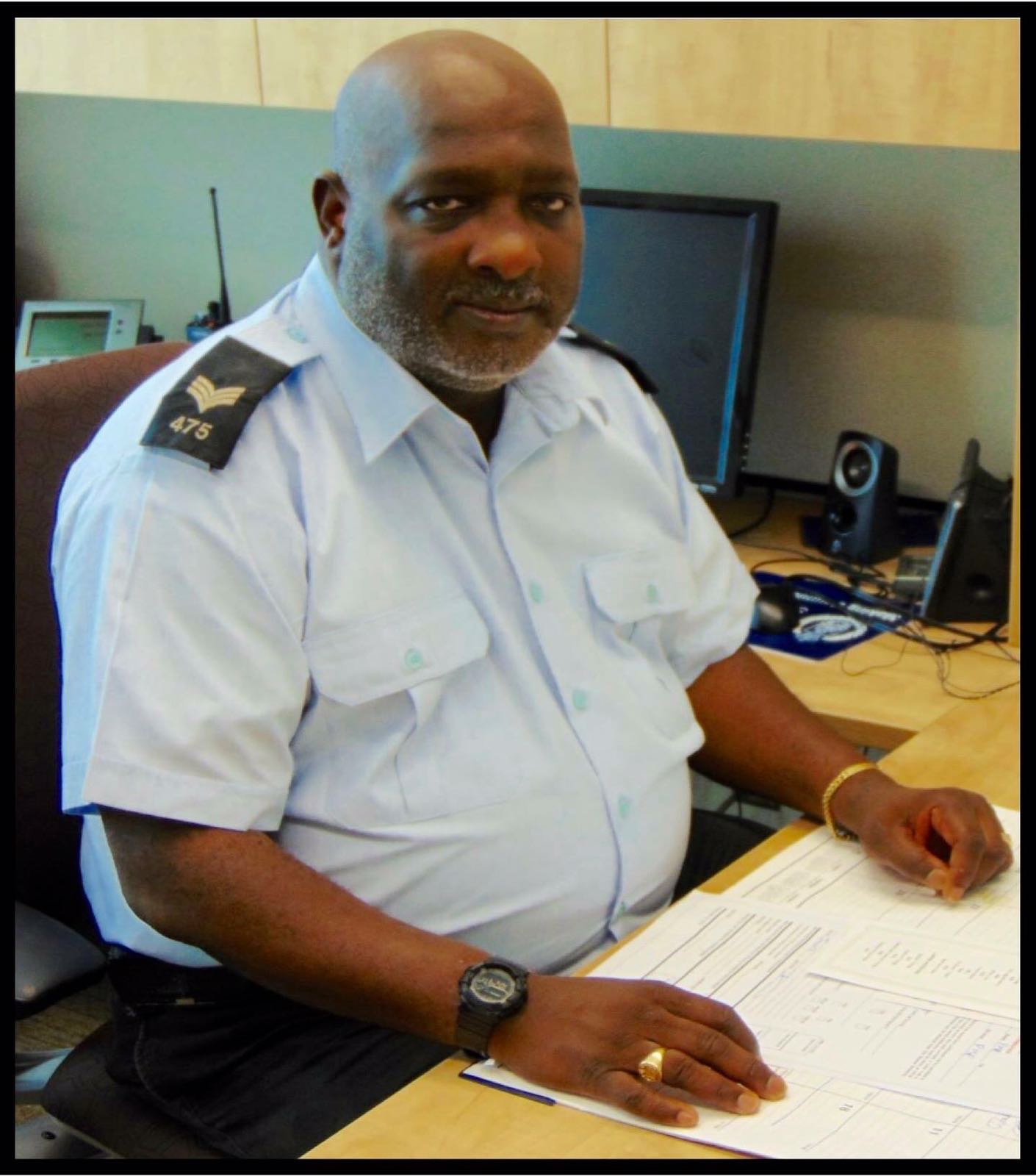 Editors note - Please  CLICK HERE for an extensive article on the Late Sgt Gregory Grimes in our 'Hall of Fame'. 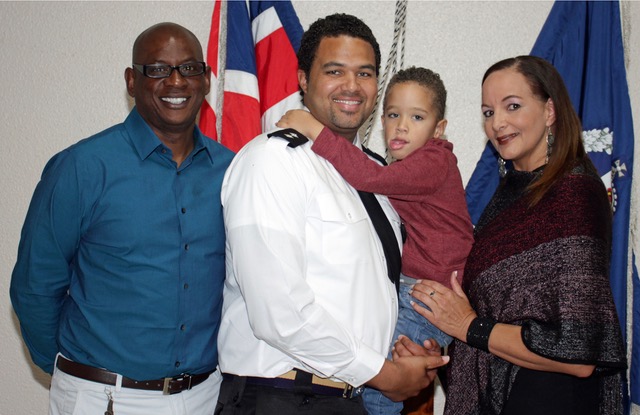 Inspector Kenten Trott with his son Kenzo and his parents Stanley
Trott and Kennita Allchin.  Kenten has two other children Kayla and Kingsten
It is clear that Inspector Trott is a most conscientious and dedicated police officer.  He is devoted to his three children and to his family and his fiancé Geormeeka.  Kenten and Geormeeka are getting married later this year.   He is also devoted to the Bermuda Police Service and is carrying on the legacy of his grandparents who displayed exactly the same qualities during their service in the BPS.