This is the second photograph we received recently from the same era as our last "Who, Where and When" photo but not from the same source.  Sadly, one of the guys in this one, former Sgt Crawford "Crow" Rae  recently made headlines under our Latest News column when we heard of his death in Scotland, and we had been searching for photos of him. We received this photo from retired Inspector Mike Burke who kindly provided us with several photos of Crow who had been a good friend of his.

We figured that if you can help out with this one you should also be able to assist in identifying all the guys in khaki uniforms in the other one at http://expobermuda.com/index.php/who-when-where/775-khaki-uniforms-and-flat-caps

We pointed out that there is a dog included in the photo just as there is in the other photo and we wanted to know if they were one and the same canine?

There are very few guys left who could assist with identifying this group so we asked Mike to help us out and he provided us with the names below. And just to prove that Mike is still as sharp as a tack he was able to provide us with the name of the dog, "Bashful" who belonged to Ken Goosey who is at top left. Many thanks to Mike. 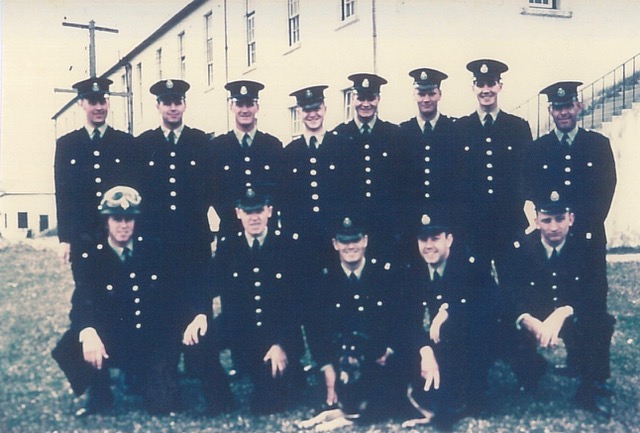