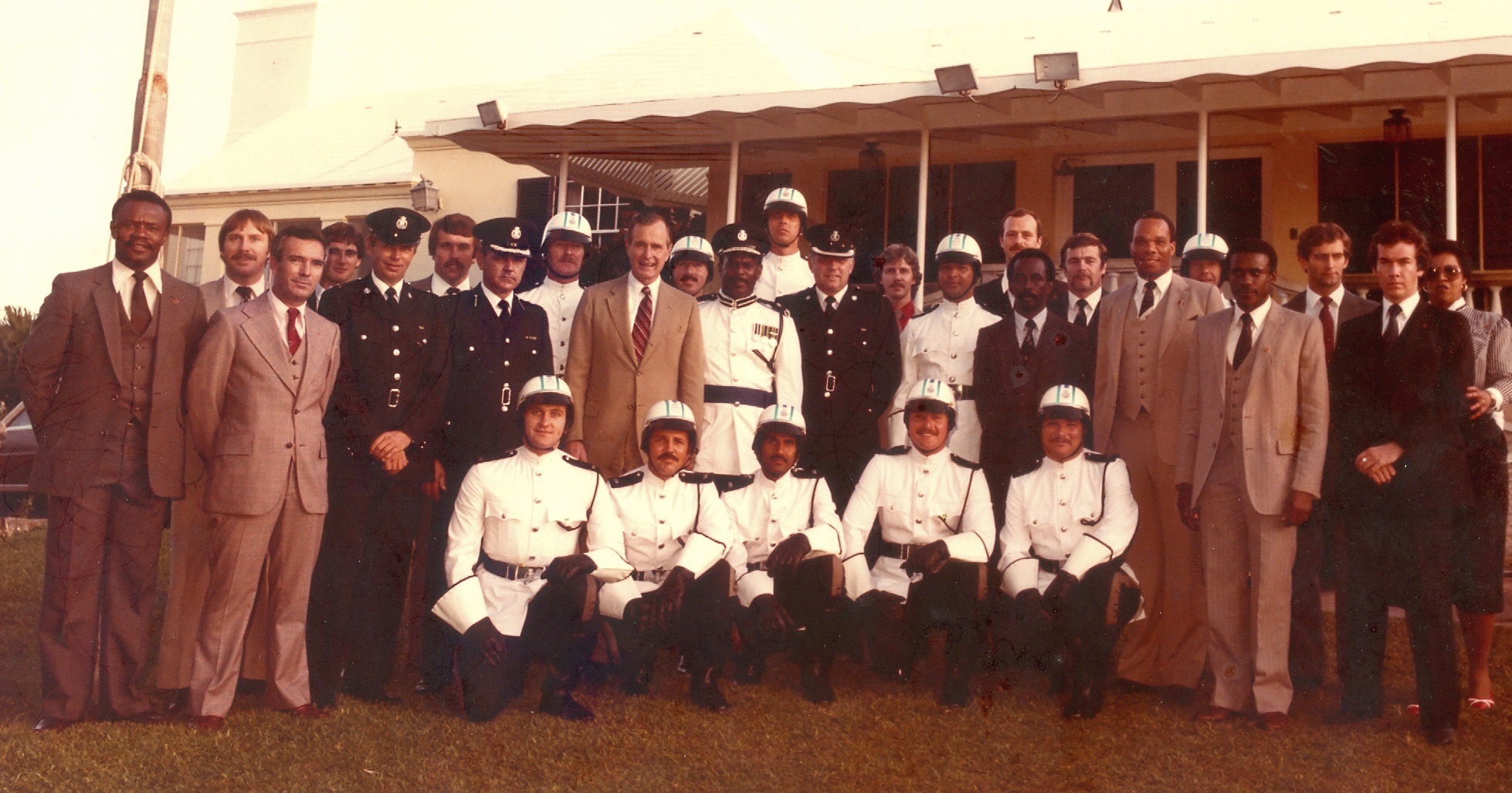 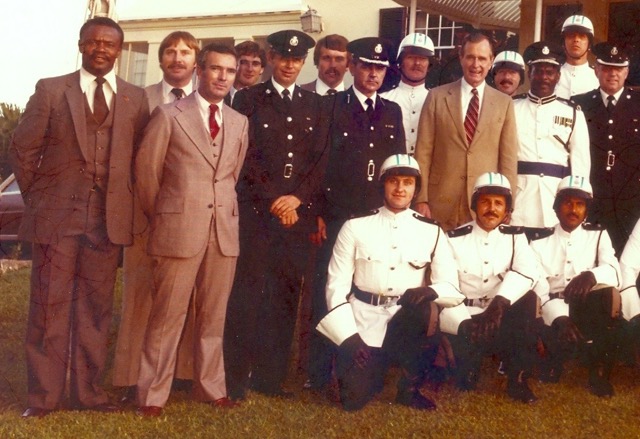 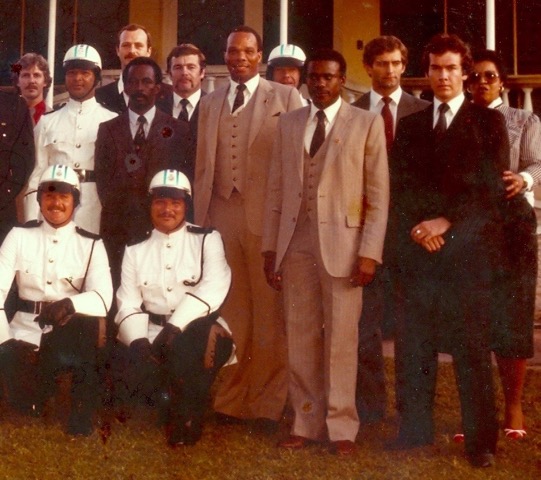 Davie Kerr 2 years 1 month
Have just had another look at this pic: for Stan Francis read Foster Burke.Editors note - Many thanks Davie.

Davie Kerr 5 years 10 months
I believe Geoff Piggott's still on the island: has anyone yet asked him if it's him?

Alan Earl 6 years 1 month
Hi all, I was in SB in the late 80's when he returned as President. Davie the MCPS man is not Andy Hancock. I arrived in 1983 and he was definitely after me.

Davie Kerr 6 years 3 months
So my "around 1980" wasn't so far out after all, you non-believers you!Don't think the missing name is Geoff Piggott as I don't think he was ever in MCPS: maybe Andy Hancock?Editors note - Davie wasnt far off re the year this photo was taken as I, for one, was presuming that it must have been taken during the time George Bush Seniors was President. Many thanks to James for providing the date - i.e. late 1982. Will check a little more to see if we can establish who is the mystery motor cycle officer. It does like Geoff Piggott, but was he ever in MCPS?

James McKirdy 6 years 3 months
Further narrowed it down to late November or possibly early December 1982 depending on it being taken when Bush was either on his way to or coming back from a tour of African nations.Taken at the US Consul General's residence, Chelston; confirmed by Bill Butterworth.Editors note - Many thanks James. Excellent detective work on your part.

James McKirdy 6 years 4 months
Picture is I believe from the early 80's when Bush visited when he was Vice President. So between 1981 - 1983.James.Editors note - Many thanks James. Never thought about the lack of Secret Service personnel. Sounds like you must be right about him being VP at the time of this visit.