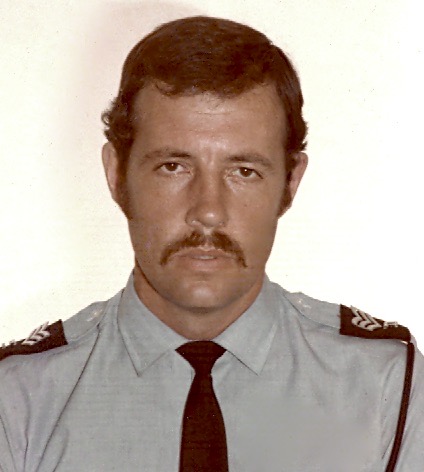 We have just heard the sad news that our good friend and former colleague, retired Sergeant Ron Wallace passed await this last weekend in Scotland.

We last heard about Ron during the summer of 2021 after our Government Pensions (Benefits) Department called us seeking information about Ron’s whereabouts as they wanted to confirm that he was still eligible to receive his pension because they had not heard from him for some time.

We put our an "all points bulletin" for Ron, and we were finally able to track him down with the aid of Ken Van Thal who managed to trace Ron to a nursing home in Perth, Scotland, and Ken obtained more details from Ron’s partner.  Ken contacted us yesterday 10th May 2022 to advise that Ron’s partner had called him to report that Ron had passed away over the last weekend.  We have no further details of funeral etc but will report any information as soon as we receive it.  CLICK HERE to view our previous article about our efforts to trace Ron.

Born in Perth, Scotland, Ron served in the Bermuda Police from 1963-1990 having previously been a Cadet and Constable in the Perthshire Constabulary and the Brempton Police Dapartment. He was initially posted to Central Division (Hamilton) and also worked at Operations (Traffic), and as an Aide in CID, after which he worked mainly in CRO until 1975 having attended a Forensic Laboratory Course in Nottingham which included training in the identification of handwriting.  In the latter part of his career  Ron served in uniform at Cental Division, Operations, Airport Security and Eastern Division.

He was awarded the Colonial Police Long Service and Good Conduct medal in 1981, and his clasp for 25 years service in 1985.  Ron retired to Scotland after his retirement.

We will further report here on funeral  arrangements  as we receive them.