This is the first of what could become a series of articles written by our former colleagues about interesting or unusual cases you have dealt with during your time as a Bermuda Police officer.

Working on Beach Squad must surely have been one of the most sought after postings in the Bermuda Police, especially when College Weeks was in full flow!  What better way to spend your summer that wandering around the Warwick beaches keeping a watchful eye on tourists!  But there was a serious side to being on Beach Squad, and in this article George Rose looks back on his time in Beach Squad in 1966, and recalls one particular case resulting in a man being convicted for what the Acting Chief Justice described as "A Viciously Brutal Act". 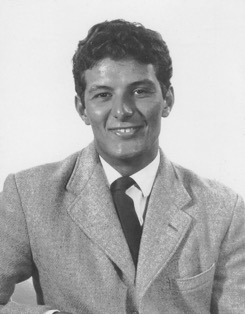 Beach Squad duties for the year 1966 commenced for Pc 235 Thomas Hill and myself with a briefing at Operations from Inspector Robert Ball on Monday 21st March. Almost immediately matters concerning the use by local males of the courtesy cards issued to visiting college students became an issue of concern. Many students sold their cards to local youths who would then abuse the intent of the cards by entering clubs and attending functions intended only for participating college students. A U.S. serviceman was soon found selling the numbered cards for $3 each from a stash he had possession of and, on at least one occasion known to us, cards were bought for as much as 10/- each.

The summary offence of ‘intruding on the privacy of a female’ was a useful tool employed on occasions by Beach Squad during the summer of 1966. Elbow Beach and the adjacent Coral Beach were two of the busiest beaches in this regard. It was customary to have to intervene in ‘scenes’ between lone sunbathing females and an overenthusiastic ‘suitor’ of sorts who invariably turned out to be a crewmember of European descent on one of the cruise liners berthed in Hamilton.

One such event ended up in Magistrates’ Court when the learned magistrate gave sage advice to an Italian crewmember standing before him. The magistrate advised that whereas he understood that courting rituals could sometimes be onerous on the male suitor he must understand that when a pretty girl says ‘No, - she means No! End of matter.   The crew member was fined ₤5 that day.

At about 12 noon on Thursday 9th June 1966 I was on plain clothes duties as Beach Squad in company with Pc Hill. At this time we had driven down a sandy track leading from South Road, Warwick opposite Warwick Camp onto a small grassy area near the beach known as Chaplin Bay. Parked on this grassy area were two auxiliary cycles and an auto-cycle. All were parked roughly alongside each other.

I knew at this time that the livery cycle was usually ridden by a Somerset man by the name of SIMONS.

Together with Pc Hill I left the vehicle and proceeded to find SIMONS sitting on a nearby cliff top. He was observed by both of us talking to a white woman. Both persons were seated side by side and appeared to be engaged in conversation. Without allowing SIMONS to see us at any time since we were both well known by him, we retraced our steps back to the police vehicle which had been parked out of their sight. On our way back I saw in the basket of the auxiliary cycle a white crash helmet lying upside down. The helmet had red lining and appeared quite new. It was not touched. I saw that the cycle was painted a light pink colour and I assumed that it likely belonged to the woman whom SIMONS was talking to.

A general patrol was conducted westward and on our return to Warwick Beaches at 12.45 p.m. SIMONS was observed from South Shore Road with binoculars. He was still in the same position and still talking with the woman.

A few hours later we were directed by Control to the Huntley Towers property in Paget where it was alleged that a female had been assaulted. Arriving first on the scene the woman was immediately identified by us as the woman we had earlier seen talking to SIMONS at Chaplin Bay. An immediate descriptive circulation of him was transmitted over the car radio to Pc Alex Forbes at Control. From there it was broadcast to other cars and an immediate search was commenced.

The victim was taken to KEMH by Pc Adrian Brindle in a police car. She appeared to have been hit about the head with a hard object and was bleeding from the front right forehead. She was seen to be in a distressed condition but when I asked her if she had been assaulted sexually she said not.

Other police officers began arriving and whilst Pc Ron Wallace attended the actual scene of the attack, Pc Hill and I left the area and began a close search of South Shore Road between Elbow Beach and Horseshoe Bay. It was clear at the time that we were the only persons who actually knew SIMONS by sight and the areas he frequented. A further broadcast was made describing in detail the clothing worn by him and suggesting that he might be riding livery cycle with the number we had observed as he had never been seen by us to ride any other transport.

At 4.30p.m. we returned to Huntley Towers without having located SIMONS. Whilst Pc Hill took a statement from a witness who was first to be approached by the victim I continued to search the surrounding area for items reported missing by her. A general patrol along South Shore beaches was again conducted but with negative results.

SIMONS was later arrested by other officers and in early August he pled guilty to causing grievous bodily harm to the American visitor on June 9th. He was remanded in custody by the Supreme Court pending a medical report.

He plead not guilty to a charge of attempting to have unlawful carnal knowledge of the woman.  Solicitor General Mr. A.W. Sedgwick told Puisne Judge Mr. Justice Barcilon the Crown did not intend to pursue the attempted rape charge because the woman was not in the colony at the moment.

Giving the facts of the case before the court, Mr. Sedgwick said on June 9 the victim, who was staying in Smith’s Parish, went to a beach on the South Shore Road to do some painting. At about 11.45 a.m. while she was painting the accused approached her and they got into conversation. The victim loaned Simons her brushes and let him paint and later they had a discussion about the United States.

After a time the victim decided to go for a swim and SIMONS carried her clothes down a cliff to the sea. The woman later told police the accused “invited himself” along for a swim. During the swim SIMONS suggested they go to another cove. There were other people on the beach.  The victim became tired of this attention and went away on her cycle at about 3 p.m.  SIMONS followed and the woman stopped a couple of times in the hope SIMONS would overtake her and go on.

Eventually, she turned into an entrance near Huntley Towers and SIMONS rode up alongside. She told him he must not misinterpret the events of the afternoon and he got off his cycle. She dropped her cycle and ran down a hill. SIMONS pulled her into the long grass and held her by her throat. He then made a threat to her and hit her with a cycle helmet. As a result of her injuries she ran off.

The woman went to a nearby house and complained to the police. She had lacerations and bruises.

The police soon found SIMONS because his painting activities of the afternoon had been watched by the police beach patrol who made a note of the cycle he was riding. Mr. Sedgwick said SIMONS was convicted in 1959 of an assault on a woman and in 1965 he assaulted an unknown woman tourist at Fort Scaur.

SIMONS’ counsel, Mr. Charles Vaucrosson, said his client had suggested the behaviour was motivated by “some sort of compulsion” and suggested his client be examined by a psychiatrist.  SIMONS had said he considered the attitude of the woman led him to the conclusion she was friendly. “All the more reason not to attack her isn’t it,” observed Mr. Barcilon.

Mr. Vaucrosson said his client had told him the woman mentioned something about not believing in the mixing of the races, “and that sparked him off.”

At sentencing it was noted that psychiatric reports on SIMONS gave no grounds to support the theory that there might be something mentally wrong with him. His attack on a woman was simply a vicious brutal act, said the acting Chief Justice, the Hon. Mr. Justice Barcilon, at the Supreme Court when he sentenced Simons to two years’ imprisonment.  …....“The doctor calls your act crassly stupid. I think he was too kind. You were viciously brutal. Just because you did not get what you wanted you decided to use violence. This kind of behaviour will not be tolerated.”

For acquisition of detailed knowledge of beach offenders and keen observation in meticulously noting the cycle number resulting in Simons being sentenced to two years imprisonment for assault of a woman tourist.