There were no prizes for guessing that this was a course photo taken at Prospect, but we wanted to know what kind of course it was, when was it held, and who is in the photo?  This is an odd one!  We had more discussion about the angle of the sun that about who is in the photo!

Steve Smedley is the young man top left and he kindly provided the photo of this course held in either late summer 1976 or the spring of '77. He was on the Marine Section at the time and attended this Scenes of Crime Officers course. Steve says, “the object of the exercise was to train us  to assess scenes to determine the necessity for the attendance of HQ Ident services. We were taught fingerprint classification, latent print lifting, photography (including developing and printing), exhibit preservation and a variety of other techniques that we were authorised to employ at the scenes of minor incidents (thefts, prowlers, etc). When necessary, we were to call upon the REAL pros, of course! We were given all the necessary tools and equipment. I suspect that, while there may have been some successes, it was more an exercise in PR than anything else. Complainants expected the police to do something, so having us Divisional types take a few photos, and search for physical evidence, satisfied that need.”

Steve added, “I think that it was a two-week course and the knowledge that I gained was very useful to me throughout my forty-one year police career. I've occasionally wondered whether the programme itself was particularly successful.

Editors note - Many thanks to Steve for supplying both the photo and this very clear description of the course. I for one had never heard of the course so I wonder how many other classes were held. Does anyone know?  We have listed the names of those present in the caption.  As is often ther case, Davie Kerr came up with most of the names. Many thanks Davie. 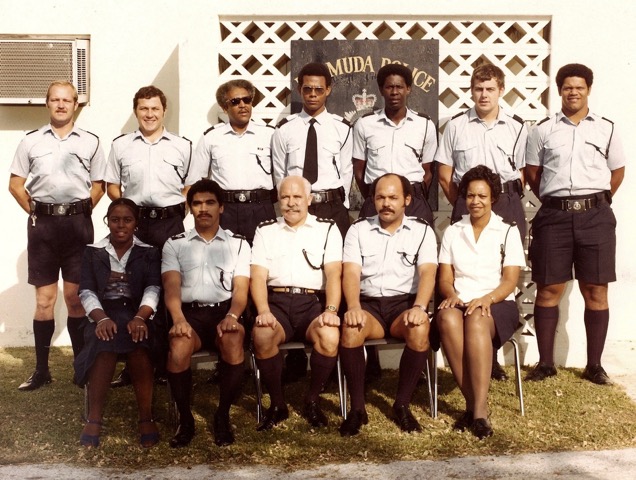