No, this was not a photograph of the Bermuda Police Marine Section!   These guys were clearly having a good time, and we asked what they were doing all at sea,  who were they, and where and when was the photo taken?

Well we got all the answers we needed on this one.  The event was one of the first "Non-Mariners Races held in Mangrove Bay, Somerset.  For those of you not aware of it the vessel itself must not in any way resemble a boat;  the first to cross the finish line is automatically disqualified;  and it appears that alcohol is the sole fuel used to power these craft!   Everyone in the photo has been correctly identified, including Brian Malpas who usually considers himself to be a true mariner!  We have established the year as 1974 because one of the non-mariners is Chris Bowerman who came out from the UK in October 1973 (after Cup Match) and left the Force in September the following year.  Chris kindly provided us with the photo and he appears to be under the misapprehension that the boys in blue won the race, but if so they were duly disqualified!  This event is always held on the Sunday of Cup Match weekend so it could only have been 1974. 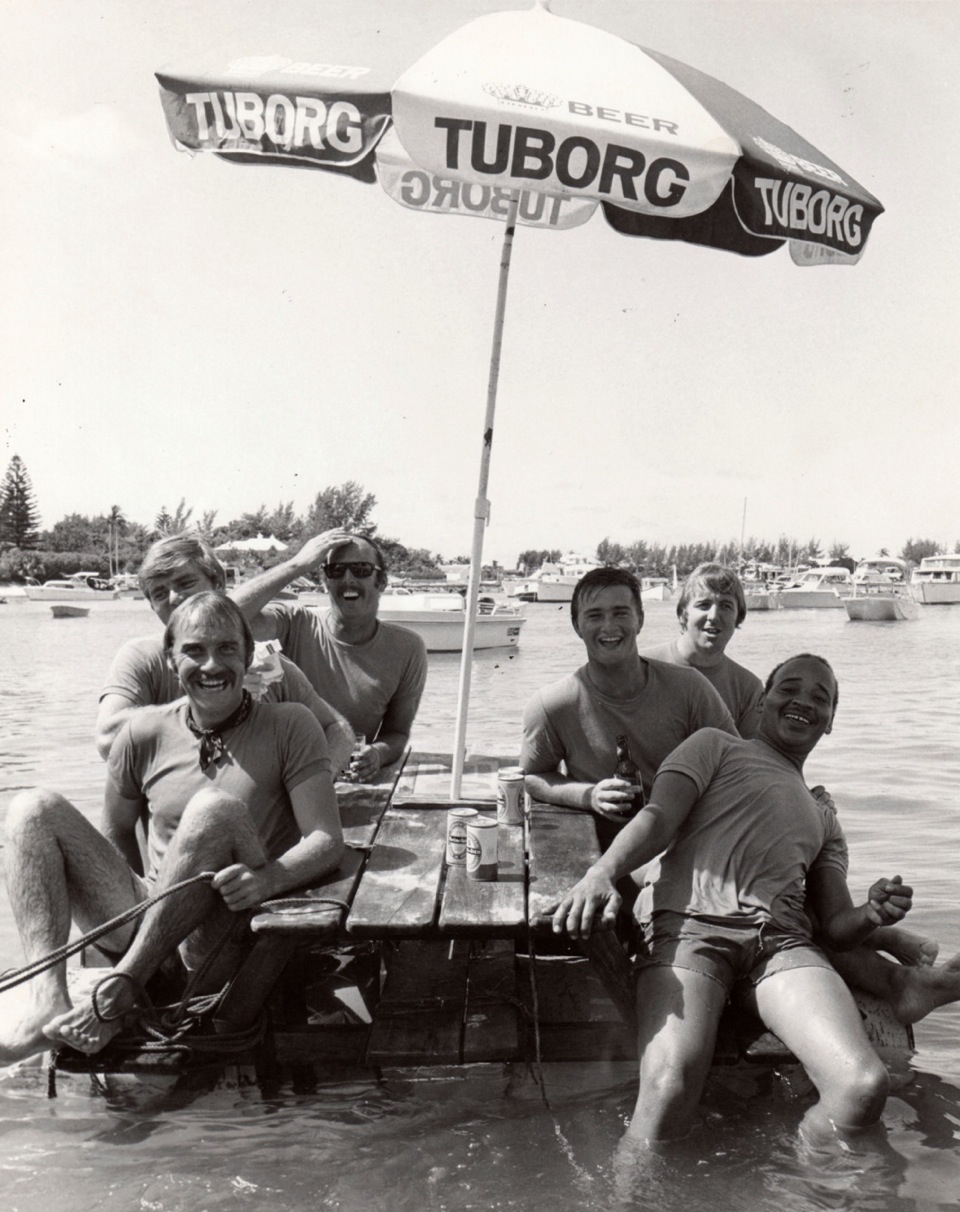 Editors note - We just received an e-mail from Ann Phillips on behalf of Mike who provided us with the following information:-

I have shown the picture to Michael and he recognizes it as a Non Mariner's Race at Mangrove Bay.  Unfortunately, he does not remember the year.The individuals in the picture are Bill Buchanan, Dave Barber, Brian Malpas,Mike Phillips, Chris Bowerman and Dai Thomas.I hope this helps you out a little. Michael is still struggling with his various health issues and he basicallyis taking one day at a time.

Editors note -  Mike is spot on in identifying our mystery man as Chris Bowerman.  We are sorry to hear about Mike's continuing health issues and will keep him in our thoughts and prayers.