Jean Vickers vividly recalls the day in 1968 when Chief Inspector Oliver Trott brought her a leaflet on a very successful programme being operated by the Liverpool Police in England, known as the Juvenile Liaison Scheme (JLS). The scheme was designed to deal with young first time offenders who might embark on a life of crime if not dealt with in a positive way when they first came into direct contact with the Police. 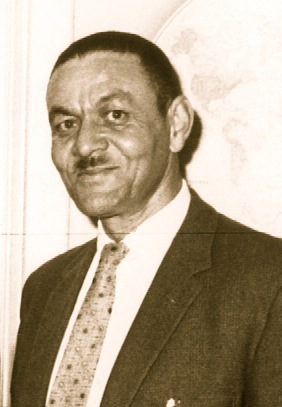 Commissioner George Robins heard about the JLS from Chief Inspector Trott, and he invited Jean to Headquarters to discuss whether it might be suitable for Bermuda. Jean recalls that Mr. Robins loved the concept and he was keen to implement it for Bermuda's youngsters.

The JLS was aimed at first time juvenile offenders who were arrested for relatively minor offences such as shoplifting, stealing, cycle thefts etc. If the complainant agreed, and if the parents and the young person also agreed, they would be placed on the JLS scheme for an initial period of 6 months instead of being taken to court and being prosecuted. It meant that if the young offender successfully graduated from the scheme he or she would not have a criminal conviction.

Once it was implemented in Bermuda, all potential cases were reviewed by W/Inspector Lee who would then assign the most suitable policewomen to be the liaison officer. The officer would make contact with the juvenile and his or her parents or guardians. Jean explained that the liaison officer, usually a WPC would always try to find the young person's special interest, whether it was music, or woodwork, or some other hobby or positive activity. The JLS officer would also try to locate a sponsor for each young person, perhaps a family member or friend, or music teacher, and someone who might purchase or donate a musical instrument or help to pay for lessons or tuition. The officer would take an active interest in the young person's school attendance and studies, liaising with their teachers, making sure they didn't hang around in Hamilton after school, and that they were doing their homework.

Jean says that literally hundreds of young people passed through the scheme, and the vast majority graduated successfully so that they never had a criminal conviction. As the JLS became established, male police officers were specially selected to be assigned to many of the boys in an effort to provide them with a father figure in their lives.

Jean took over the JLS when Inspector Lee retired, but sadly, after Jean retired the JLS was eventually dropped. Jean, however, is convinced that it had a very positive influence on the vast majority of young people who went through the JLS. She recalls JLS officers creating such strong bonds with their young people that they were later invited to their weddings. Even after she retired, Jean was approached by parents praising the JLS for keeping their children out of trouble, advising her of children who subsequently went abroad to school, (something that would have been next to impossible if they had received a criminal conviction). And she fondly recalls one graduate who later went on to become a teacher and a positive role model to other children.

Is it reasonable to ask whether in 2011 we need a scheme that would clearly help to tackle juvenile delinquency, reduce crime, produce responsible citizens even when some are starting down the wrong track, and help to create an harmonious relationship between the Police and young people? The JLS was a great success thanks to the commitment shown by Jean and her fellow JLS officers.