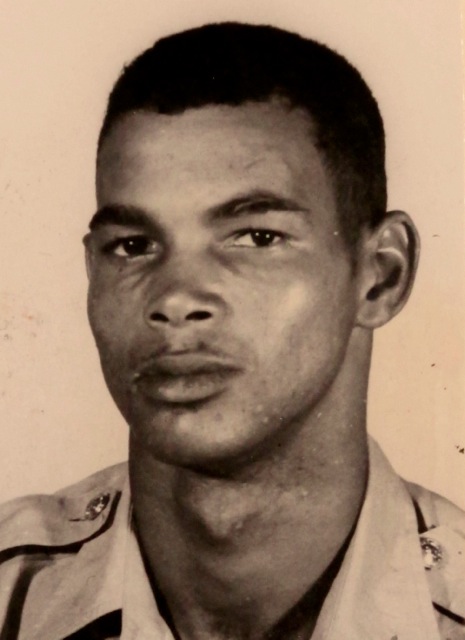 The Police Recreation Club was the venue for a very special occasion on Wedenesday 28thJuly 2021 when members and friends of the Simons family held a “Surprise” Birthday Party for one of our former colleagues, Gilmour Simons, who was celebrating his 85th Birthday.  The event was beautifully organized by his two daughters, Paula and Pamela,  and although Gilmour lived close by, on Alexandra Road, he was taken completely by surprise when he entered the main hall at the PRC. 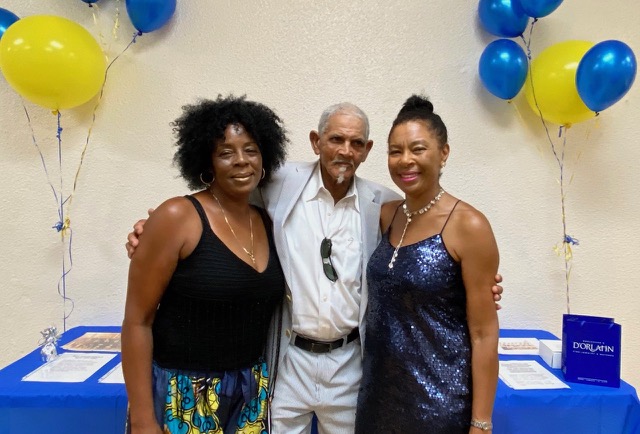 Gilmour with his two daughters, Paula (left) and Pamela (right) 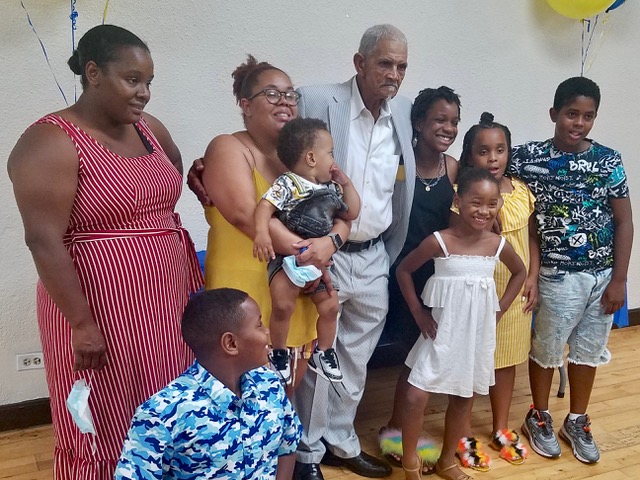 Gilmour surrounded by his grandchildren

In addition to family members and friends, we had three former police officers in attendance including myself (Roger Sherratt), Arthur Bean, and Phillip Smith.  I was assigned to Gilmour when I first stepped off the plane and onto the beat in Hamilton in early June 1964, and he gave me excellent advice and was a pleasure to work with.  We remained good friends for the last 57 years.

Although Gilmour didn’t serve for long in the Police, anyone serving in the Force on the morning of February 2nd 1965 will remember the events outside BELCO that fateful morning when P.C. Ian Davies lay seriously injured having been attacked by BIU picketers, and Gilmour, along with several other officers was involved in a pitched battle to protect P.C. Davies for which they received bravery awards.  CLICK HERE to read an article in our “Then and Now” column about Gilmour. 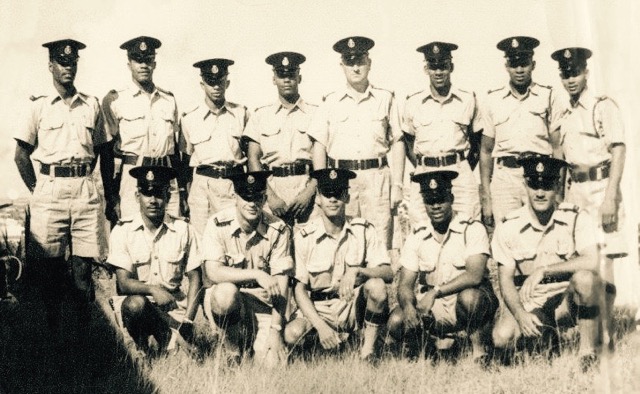 In fact Gilmour was born during Cup Match in 1936 at the time when his father was said to be playing in the match  although we don’t know if his son’s birth affected his performance on the field that day!  Arthur Charles Gilmour Simons  was one of the greats of Cup Match  who captained the Somerset team and also went on to be President of Somerset Cricket Club.  Perhaps it should be noted that young Gilmour never played cricket although if you read his “Then and Now” article you will see that he knew how to catch and how to swing a piece of reinforcing rod to help save his fellow police officer!

Since joining the Police in 1961, Gilmour had always maintained a close friendship with retired P.C. Mel Gibbons who we hoped would be able to attend the birthday party but unfortunately, Mel is not at all well these days and was not able to make it and sent his regrets.  Gilmour spent much of the evening with Arthur Bean, Phillip Smith and myself fondly reminiscing about “the good old days”. 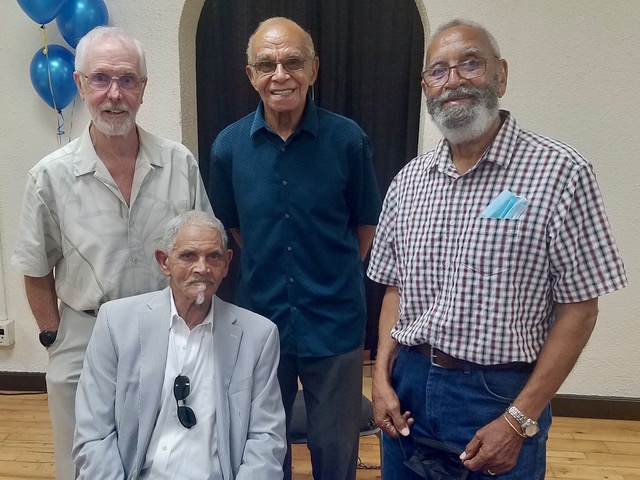 I gave a few remarks at the party and thanked Gilmour for his service to the Bermuda Police at a very difficult  time in our history, presented him with a watch as a gift on behalf of ExPo, and wished him a very Happy Birthday and Many Happy Returns of the day.

It was not until I received an invitation to Gilmour's 85th birthday party that I finally discovered his first name is spelled "Gilmour" -  not Gilmore.  All of our Police records spell his first name as Gilmore.  I will correct the spelling wherever possible on our website and ExPo files but I can't change the official Police records.

CLICK HERE for an extensive article, “Reflections on 2nd February 1965” about  a special gathering at the Bermuda Industrial Union (BIU) Headquarters, 50 years to the day since the BELCO riot at which retired Supt. Andrew Bermingham, former P.C. Wentworth Christopher, and myself were invited to sit on a panel discussing the events of that day and to provide our own personal accounts of what happened outside BELCO.  Attendees included Gilmore Simons, Eugene "Buck" Woods who also gave his personal comments  during the evening  and Peter Duffy. The article also includes accounts given by several other police officers present that day in 1965, Mike Caulkett, William Connell McBurnie, and Nick Hall.