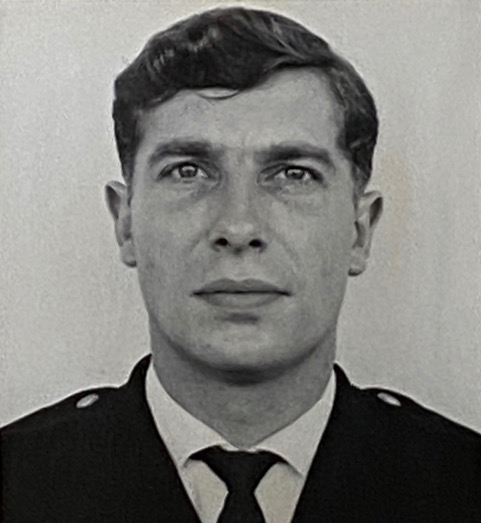 We had no further details of John's death at this point but will publish any further information when we receive it.  We extend are sincere condolences to his family

Update on Death of John Cooney  -  We understand that John joined the Stafforshire County Police after leaving Bermuda in 1963, and he rose to the rank of Inspector before retiring in 1990. At that time he was posted to my home town, Biddulph, in North Staffordshire.  George Rose located the obituary notice for John in funeral-notices.co.uk which can be found at https://funeral-notices.co.uk/notice/COONEY/4907766#tributes

John is survived by his wife Liz and we offer our sincere condolences to her and her family.  The funeral and cremation for John will take place at Bradwell Crematorium at 2pm on Tuesday 19th January 2021, and due to the pandemic attendance will be strictly limited.