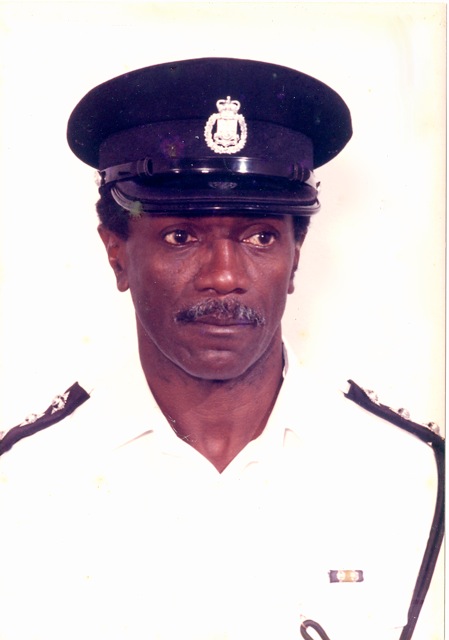 Gerry was born and raised in British Honduras (now Belize), the son of Henry George James, who had lived in Bermuda prior to settling in Belize and becoming a police officer in Belize.

Gerry joined the British Honduras Police as a young man and he was always very keen on bodybuilding and music.  Whilst in the BHP he became a member of their Police Band.

After retirement Gerry's father returned to Bermuda with all his family, with the exception of Gerry who remained in the BHP until he decided to make a move and come to Bermuda where he joined the Bermuda Police Force in October 1960.   His beauftiful girlfriend Gloria, followed him to Bermuda and the two were happily married for over 50 years. Sadly, Gloria pre-deceased Gerry.

After spending time on the beat in Hamilton, Gerry served for a while as a Process Server, then for quite a few years he was a Parish Constable in Pembroke Parish along with Aubrey "Tom Copper" Johnson.  Between them they were a formidable team and not to be tangled with by lawbreakers.  Gerry moved to Traffic and in 1966 he was promoted to Sergeant in Central Division. During that time he was an active member of the legendary Police Motor Cycle Display Team. 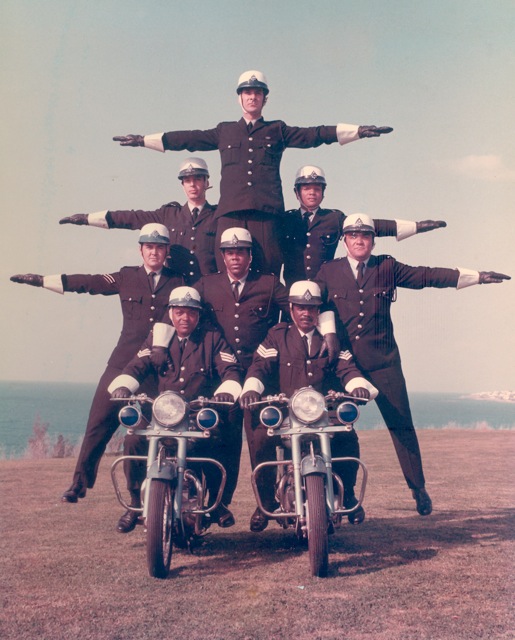 Following his retirement in 1985 Gerry worked for several years for Frith's Liquors in Hamilton.

Gerry always believed in keeping fit with his weighlifting and also playing squash. I can testify to the fact that he might not have been the most mobile of squash players, but when he hit a squash ball there was always a chance he would burst it!   Gerry had both physical strength and great strength of character.

You can read Gerry's lifestory  in our "Then and Now" column at  http://expobermuda.com/index.php/tan/23-gjames#comment-5182

We offer our sincere condolences to the members of Gerry's family, and will provide further information about funeral arrangements as soon as we receive them.

We can report that the funeral service from our dear friend and colleague Gerald “Gerry” James will be held at The Cathedral of the Most Holy Trinity in Hamilton at 11am on Monday morning, 29thJuly 2019.

The following obituary has been published in the Royal Gazette -

You can add your condolences to Gerry’s family below the obituary in the Royal Gazette which you can view at  https://www.legacy.com/obituaries/theroyalgazette/obituary.aspx?n=gerald-everal-james&pid=193456343&fhid=12136