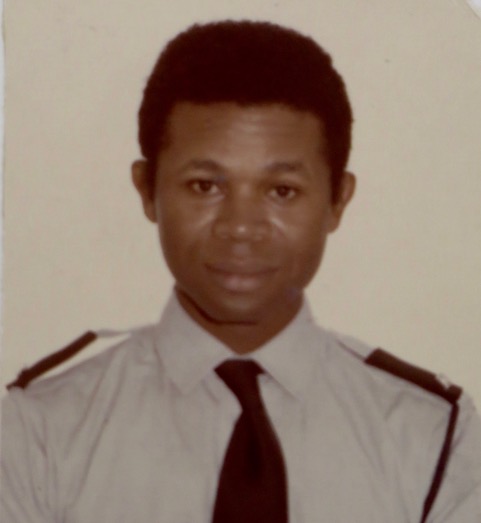 We are deeply saddened to report the passing of retired P.C. Leroy Jones who served in the Bermuda Police from September 1964 until his retirement after 25 years, in September 1989.

Leroy was a popular member of the Force and served in Central Division, "E" Department, CID, Eastern Division, in Prosecutions as a summons server, at Government House, and as Parish Constable in Central Parishes (Pembroke West). Leroy was awarded the Colonial Police Medal for Long Service and Good Conduct.

After retirement from the BPS Leroy worked for some years as a security guard at  HSBC where he was very highly thought of.

We extend our sincere condolences to his wife Garaldine and to their children and family.

We understand that the funeral will take place at 2pm on Friday 6th September 2019, at St. Paul's AME Church in Hamilton.

You can view Leroy's obituary and record your personal comments in today's Royal Gazette at https://www.legacy.com/obituaries/theroyalgazette/obituary.aspx?n=charles-leroy-jones&pid=193775505