We recently received this photo of a group of young men who got together on a very special day in the early  1970’s.  As you can see it’s a little bit fuzzy, but we were hoping to ascertain who they are, where and when it was taken,  what was the occasion,  how many are still with us, and where are they now?  The photo itself is taken from a slide which was not in the best of condition but we believe there are a few people out there in cyberspace who can put two and two together and come up with seven names. 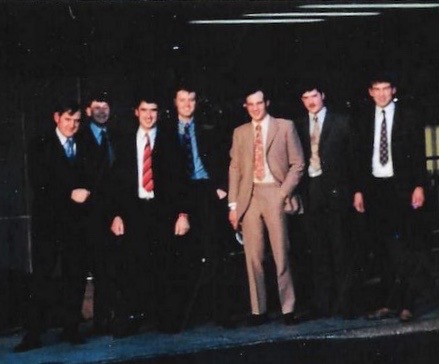 As we stated from the outset when publishing this photo, it's rather fuzzy, which turned out to be quite the memory tester, even for the guys who were there on the day!

First of all, this is a group of new Bermuda Police recruits gathered in a hotel near Heathrow prior to them flying out to Bermuda. We received the photo itself from Mike Brown who was given a copy by Ken Van Thal.  It had been cropped and copied from a slide.  Mike recalls, “Myself and the others turned up at Heathrow to start our big adventure in Bermuda only to find there was a problem with the flight (we can't remember what) and we were delayed for (I think) 2 days.”  So the photo may have been taken on 2ndor 3rdNovember 1971 because the group finally arrived on Island on 4thNovember.

As to who is in it!  Terry Cabral suggested  Brian Foster and John Headey,  and he was correct on both counts. Then Davie Kerr went out on a limb and suggested they might be, from left to right  -  Russ Delahaye, Brian Foster, John Headey, Graham Waring, Bob Glennie, Mike Brown and Ken Van Thal.

Russ Delahaye was ruled out because he had been serving in the Mississauga Police and arrived separately from Canada.  Jeff Baker suggested that the unknown man on the left might be Des McGarr but Des was ruled out for two reasons. First, he arrived on 5th not the 4th, and he was accompanied by his wife Ruth (we believe the only married couple ever recruited into the BPS).   John Price believes the guy on the extreme left is Tony Smallridge.

On checking our list of Bermuda police officers by Date of Appointment,  there are only three options left from those who arrived on 4thNovember 1971, and they are Keith Cassidy, Steve Taylor and Tony Smallridge. John Headey recalls that it isn’t either Keith or Steve because they only arrived just in time to make the flight. 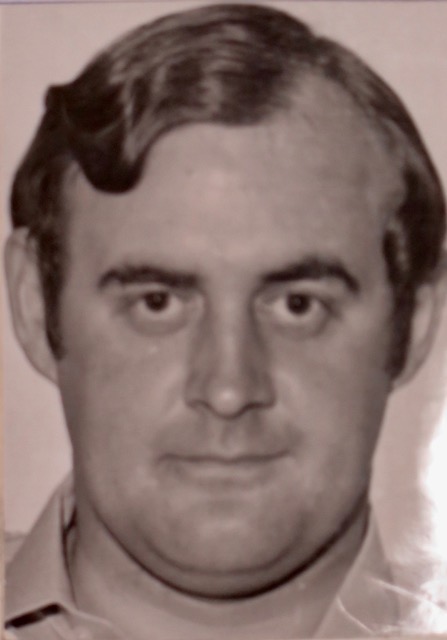 By a process of elimination this would mean that John is correct in identifying him as Tony Smallridge who we note served in the BPS from November 1971 - May 1973, Tony had previously served for 2 years in the Metropolitan Police, and for 6 years in the Derbyshire County Police so he had lots of previous police experience. While here he served in Central Division (Hamilton), the Mobile Reserve, and did an attachment an an Aide in CRO. We have no information as to what he did after leaving Bermuda nor where he might be now.

The question was asked, “how many of these guys are no longer with us?” and to the best of our knowledge, the only person we know of is Graham Waring.  Ken Van Thal has written the following to us:

“Graham Waring and I worked in the Hants Police together and applied to join the Bda Police at the same time. Whilst in Bda he met and married an American girl named Jo. He left the Rock and worked for her father’s business in Texas. He found out he had cancer several years prior to his death but we did keep in touch and we met up a few times when he visited the UK. Two or three weeks before he died he rang me to say goodbye as he had really deteriorated. Gutting phone call - what do you say? That must have been 4 or 5 years ago and Jo died about a year later. I’m still in touch with his son who lives in Keller,Texas. 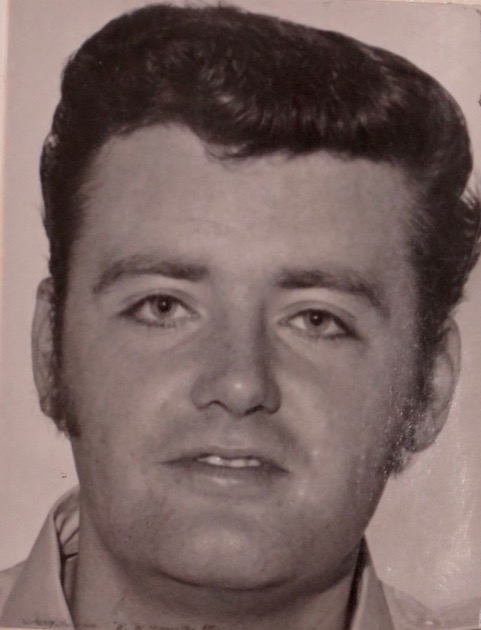 Born in Southampton, Graham came to us after serving for 4 years in the Hampshire Police.  While here he worked in Central Division (Hamilton Police Station), on Mobile Reserve, and in Central CID. He resigned in June 1975 after serving here for just over 3 1/2 years.

Of all this group the only person still residing here in Bermuda is Keith Cassidy (still an avid Everton fan). Steve Taylor and Brian Foster stayed on in Bermuda for many years after leaving the BPS, but Steve returned to the UK in September 2016 (see article at http://expobermuda.com/index.php/latest-news/520-steve-taylor-heading-home-to-liverpool ), although I bumped into him at the airport a couple of weeks ago at which timne he was paying a quick visit to the Island. Brian is now living in the U.S.

We hear from time to time from both Mike Brown and Ken Van Thal, and we are also in contact quite often with John Headey who is still a keen Huddersfield Town fan.  If you check our website you will find articles about John and his lovely daughter, Lena, who was born in Bermuda and who stars in the role of Queen Cersei Lannister in Queen of Thrones (see http://expobermuda.com/index.php/latest-news/290-headeyarticle

We also featured John and his grandson, Wylie, in an article on Grandparents when he sent us a photo of himself with Wylie who was dressed in Huddersfield Town’s strip.  John and his grandson will be very happy that their team managed to survive this last season in the Premiership!  For anyone interested in sending us information and photos of their grandchildren please view the article at http://expobermuda.com/index.php/articles/530-grandparents

Sad to say that Andy Hall passed away in March 2016 (see Latest News article at http://expobermuda.com/index.php/latest-news/469-passing-of-andrew-andy-hall), and Russ Delahaye passed away in December 2011 whilst he and his wife  Daphne, were cruising on their yacht in Phuket. For more information about Russ’s fascinating life go to our Keeping in Touch column for 2012 and scroll down to the entry dated 3rdJanuary which you can view at http://expobermuda.com/index.php/keep-in-touch/31-kit-3-1-12

And on a positive note, Marj Amos is now retired and is still residing somewhere out west in the Somerset area, and Phil Every is also still resident on Island.  We believe Steve Rollin is living in England but visits the Island occasionally, and rumour has it that he has just arrived or is just about to arrive on Island and will no doubt be staying with his son Alex who followed in his father's footsteps and joined the BPS.

We would be delighted to hear from any of the intake who arrived in November 1971, particularly if you can provide us with your contact details so we can list you on our List of Colleagues for whom we have contact details, and if you could send us a fairly recent photo and let us know where you are and what you’re doing these days.

We just received the following information from Steve Taylor by email explaining why he and Kaeith Cassidy were not in this photo:-

"FYI  Keith (Cassidy) and I  were scheduled to fly out on the 3rd November but BOAC were on strike that day so we came out on the 4th instead and were not aware that there were other recruits coming out on the same flight....I was late arriving because I had met a London girl a few months beforehand and the strike enabled me to spend an extra day 24 hours with her....Keith had relatives in London I seem to remember so I think he spent the extra night with them."