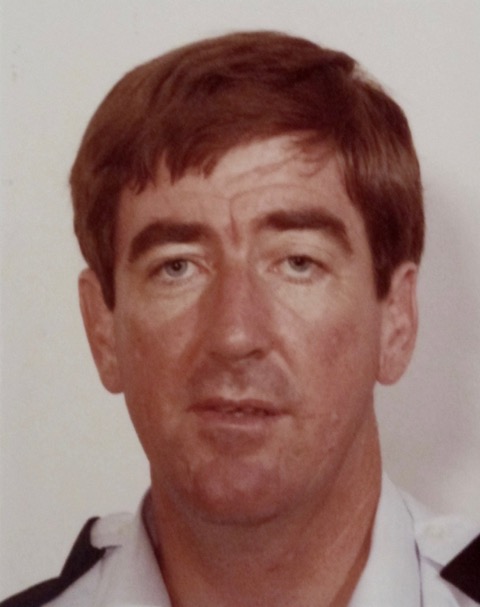 Steve Taylor
A group of our regular Thursday evening colleagues got together last Thursday 22nd September to say bon voyage to our good friend Steve Taylor who was leaving the Island and will be settling in Liverpool.  Steve will initially be staying with his mother who needs extra care at the moment. 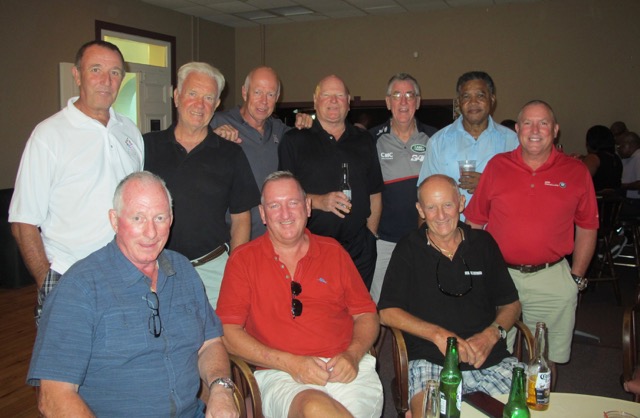 Gathering at PRC to say bon voyage to Steve Taylor
Standing (l-r) Keith Cassidy, John Dale, Mike Shaw, Phil Taylor, Steve Taylor, Pat Hamlett, Scott Pacheco
Seated -  Norman Wilson, Larry Fox and Dave Cook
Steve joined the Bermuda Police in November 1971 having previously served in the Liverpool and Bootle Constabulary.  He could probably lay claim to having worked in more departments in the BPS than any other officer. Starting in Central Division (Uniform), he went on to serve on Mobile Reserve, in Operations on several stints, ‘E’ Department,  Central CID, Murder Squad, Cycle Squad, Eastern CID, “A” Department, “F” Department as Alarms Officer, and after promotion to Sergeant he served in Eastern Division (Uniform) and in Operations as Sergeant in charge of MCPS.  Pheeew! 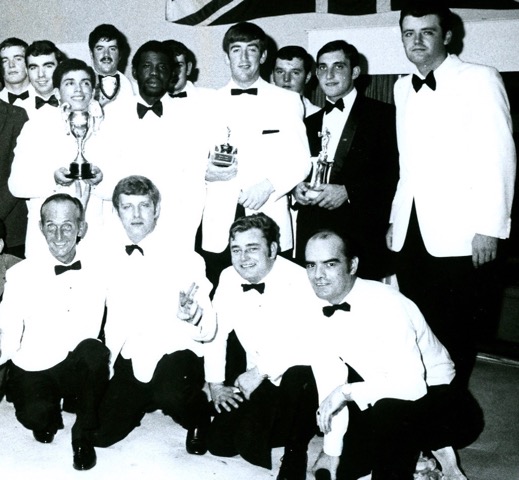 Members of the Annual Police Boxing Team
with Steve Taylor at centre stannding
(we never did manage to ID everyone in this photo)
Never one to stand still for a moment, Steve stepped into the boxing ring as a participant in the annual Police Boxing Tourmanent,  he was an avid and excellent golfer (with a 4 handicap in his younger years),  and came to the rescue when our Ex-Police Association was floundering, and he held the position of President from 2009 – 2011.  Former President John Barnett had no hesitation in highly praising Steve for resuscitating the Association, and present President Roger Sherratt wholeheartedly shares the same opinion as do all those former officers who served with him on the Committee. 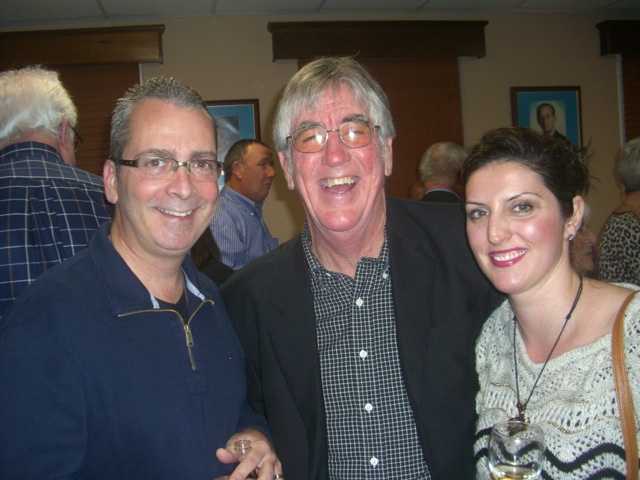 Immediate Past President of ExPo Steve Taylor with Commissioner Michael DeSilva
and Mrs DeSilva at ExPo's annual New Year reception
After retiring from the BPS Steve went on to a second career in real estate here in Bermuda, but he has made the decision to head back to the UK.
Steve hit the headlines after this year’s May 24th Marathon Derby when he power-walked the course  for charity. His aim was to complete the course in less than 3 hours and Steve had trained for several months. He not only completed his goal – he also raised over $2,000 for charity as we reported on our website which you can read at http://expobermuda.com/index.php/latest-news/505-power-walker-steve-taylor
We are sure that Steve would agree his walk was a little tougher than his previous May 24th marathon derby’s when he covered the course in much faster speed – as escort on his Police motor cycle with MCPS.
Steve left the Island last night (28th September) and will be sorely missed by all his friends and colleagues although we hear rumours that he plans to  take his golf more seriously again and will be re-joining his home club, Wallasay Golf Club in the Wirral, which is famous for being the home club of Dr. Frank Stableford who designed the Stableford scoring system.
On a personal note we wish Steve all the very best as he settles back in England and also wish him a very happy birthday tomorrow (30th September).