Now here's a really "Motley Crew" if ever there was one!   All we wanted you to do was to provide all of their names,  what pastime you think they might have been engaged in, and what year this photo was taken.  For those whose eyesight might be failing we provided a couple of blow-ups below, but asked you to use the main photo (from left to right) when naming everyone.

We figured from the outset that we would have no trouble with all their names. There was one questionable identification and that was the 3rd person on the right between Paul Wakefield and Custerfirled "Custy" Crockwell.  It was Dick Johnson who figured it was probably Denns Meehan but he wasn't 100% sure when Dennis left Bermuda and set off to Australia where he still resides.  We are trying to contact him just to confirm that it's Dennis but I'm 99% sure that it is.  The names have now been added in the caption under the photo.

Perhaps the most difficult question to answer was when was this photo taken? Without question it was taken after February 1966 when Erskine Warner arrived with the first intake of recruits from Barbados, and before Dennis Meehan left the Island in October 1970.  Devie Kerr suggests that it was probably taken near the old gymnasium at Prospect This was prior to the Police Field being created) during the holding of the first ever Inter-Divisional Tug o' War competition and for that date we turned to our article on the History of the Police Tug o' War Team which was held in February 1969 and won by Central Division who defeated Dog Section and St. George's (was that a combined team?).  I don't think there's any question that this group has gathered to compete in tug o' war because we have some major stalwarts of our Police Team so ably coached by Pat McBride. You can read an extensive article on History of the Police Tug o' War Team written by Pat McBride on our website at http://expobermuda.com/index.php/lia/91-policetugowar

So the most likely date of this photo would be February 1969.

It should be noted that when Pat McBride competed in the Police Team, such as at the Agricultural Show, the person to take over as coach was not other than the legendary "Custy" Crockwell.  From the best of my recollection regular members of the Police Team who are shown here, were John Balsden, Barrie Mancell, Gary Perinchief, Keith Pratt,  Ray Sousa (skinny legs and all but put his heart and soul into every pull!), Davie Kerr, Pat McBride, Mike Parris and Dick Johnson. 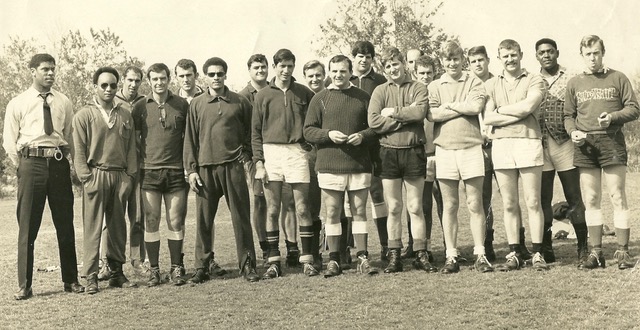 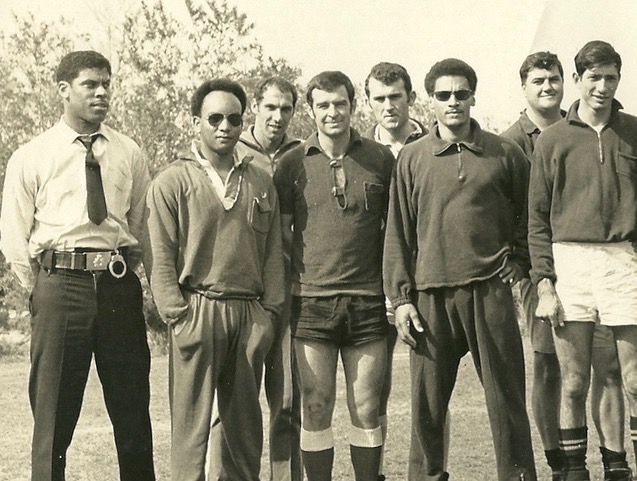 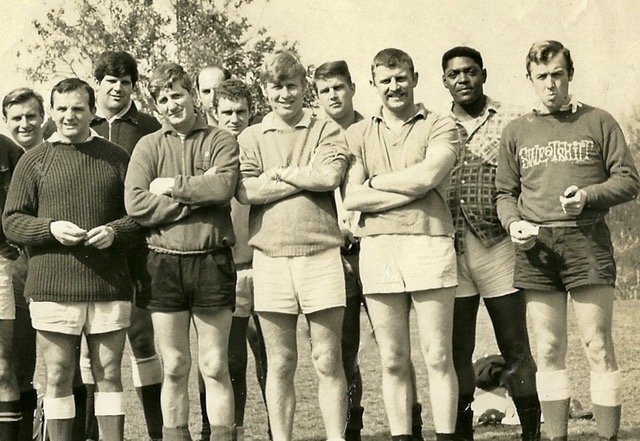