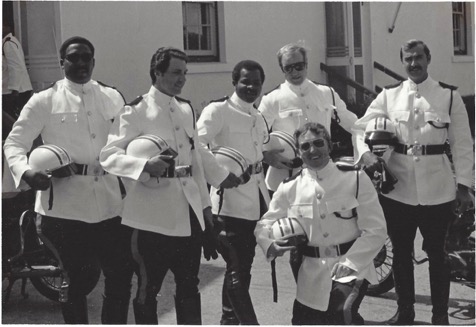 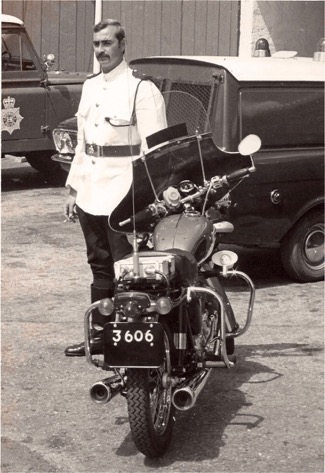 That was not my point as a matter of commentary more relevant to original members et al.That's all.Shalom.

Whoever he is next to the bike with rego 3606, it looks like he is having a quick smoke! It was never like that when I was in MCPS! Just kidding!

Stephen Petty of course..We all did it back then and then one day we got old.Shalom.

Don Urquhart 5 years 2 months
Whoever he is next to the bike with rego 3606, it looks like he is having a quick smoke! It was never like that when I was in MCPS! Just kidding!

Davie Kerr 5 years 2 months
Not sure that Norrell Hull was ever in MCPS, but this pic could easily prove me wrong, and I've no idea who else it might be.And I have a sneaky feeling that the bloke kneeling could be Sid Gordon.....I agree with Russ, John, Willie & Steve.Editors note - This is definitely Norrell Hull. According to his file in the Police Register Norrell served in Cycle Squad from 8th November 1971 to 11th March 1973.

stephen petty 5 years 2 months
"other guy" is Sid Gordon.Editors note - Many thanks Steve. Any idea what year this was taken and what escort had you beeen doing?

Terry 5 years 2 months
Early 70's and probably an escort.Russell Paynter, John Instone, Willy Hart, Stephen Petty, could be Norrell Hull, and the other guy I forgot his name but it begins with 'B'.Editors note - Good start Terry. I'm sure it's Norrell Hull but will write and get him to confirm. Not sure about the "other guy". Many thanks.