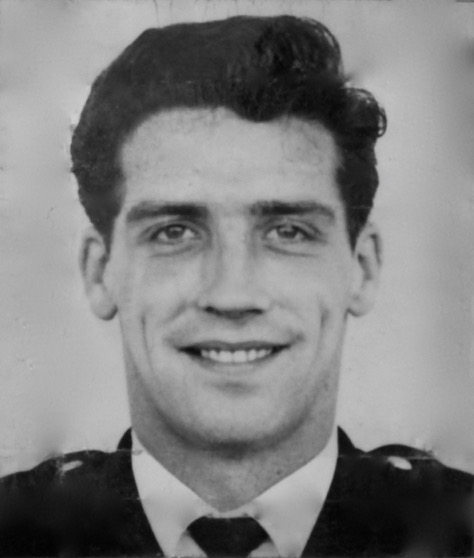 Young P.C. Dave Adam
We just heard from former P.C. Dave Adam who hails from Montgarrie in Aberdeenshire, Scotland, and came out to Bermuda as a young police constable in September 1962, having previously served for 2 years in the Royal Engineers.
Dave attended Basic Training School #2 in late 1962, along with 12 other new recruits.  Their instructors were Chief Inspector Roy Chandler, Sgt Jimmy Moir (a fellow Scotsman), with Self Defence and Drill Instructor Andy Heggie. 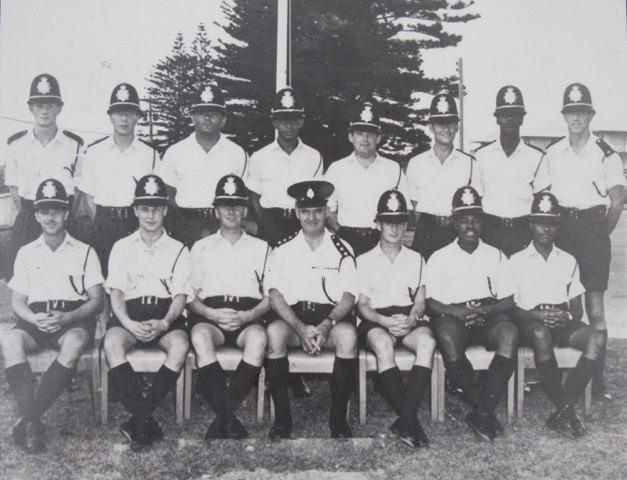 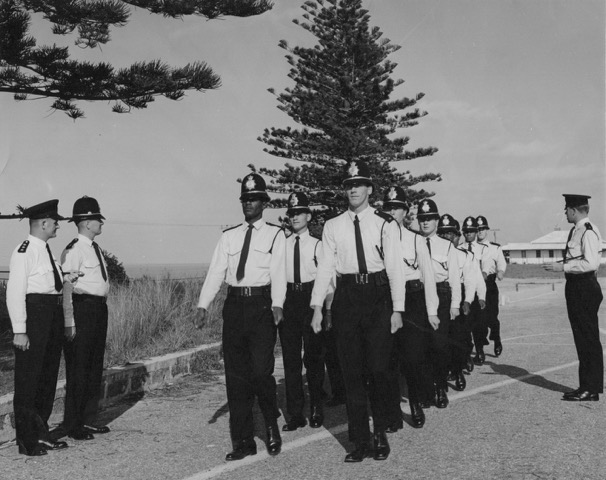 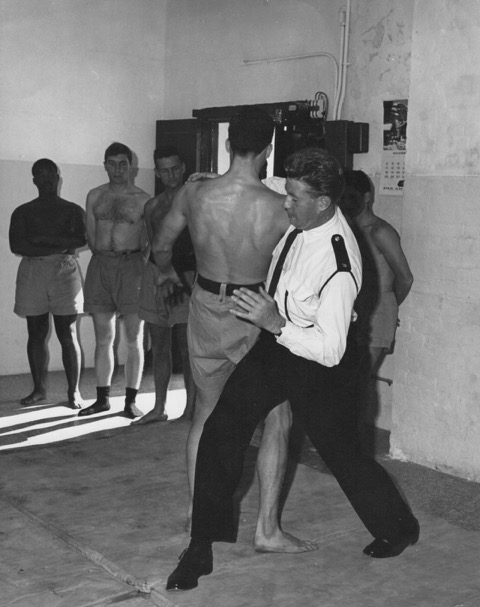 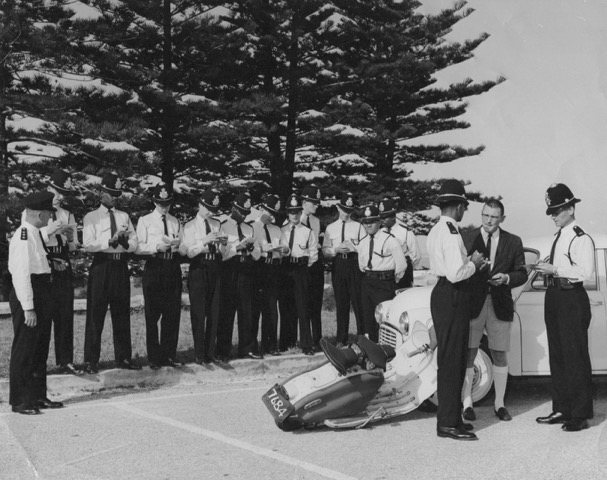 Simulated Road Accident Scene
(l-r) Chief Inspector Roy Chandler, P.C.'s Dave Adam, Marcus Packwood, John Cooney, “Dusty” Hind,
Eugene Creighton,Frank Sykes, Anthony John Langford, Alistair Gardener, Jack Crane,
Eddie “Boxhead” Foggo, Lennett “Lenny” Edwards. Phillip Smith, a TDB member, and Frank Mutch.
Following his training course Dave was posted to Eastern Division (St. George’s) in uniform. It was while he was stationed in St. George’s that he met his soon-to-be bride, Patti, and they married in June 1966.
After three years in St. George’s, Dave  was transferred to Central Division and in November 1965 he was posted to Operations (Traffic) where he served until leaving the Force in October 1971.
Dave has written to say, “I left the Island in 1971 and spent four years in Aberdeen working mainly in sales. Initially Patti and I were looking at buying a small business and one we looked at was owned by, I think, your uncle …  small world.   (Editors note -  Dave would be referring to my Uncle Raymond Sherratt who left Stoke-on-Trent in the late 1940’s and settled in Aberdeen just as the city was beginning a period of rapid development when oil was discovered in the North Sea).
Dave went on to say, “Our son David Michael was born in 1972 and in 1975 we moved to Kitchener, Ontario, in Canada, where I was employed at my trade of machinist and then as foreman in charge of a machine shop making large pumps and  industrial ventilating fans.
In 1998 the plant  closed after  having been taken over three times in ten years   I  then retired and worked part time for a couple of years. In 2009 we moved to Vancouver Island to be near our son and grandson.
We live in a beautiful little seaside town called Qualicum Beach. The Town Cryer is Len Mustard who served with me in St Georges. (Editors note  -  For an interesting article on Len Mustard in the Parksville Qualicum Beach News go to http://www.pqbnews.com/community/157059115.html 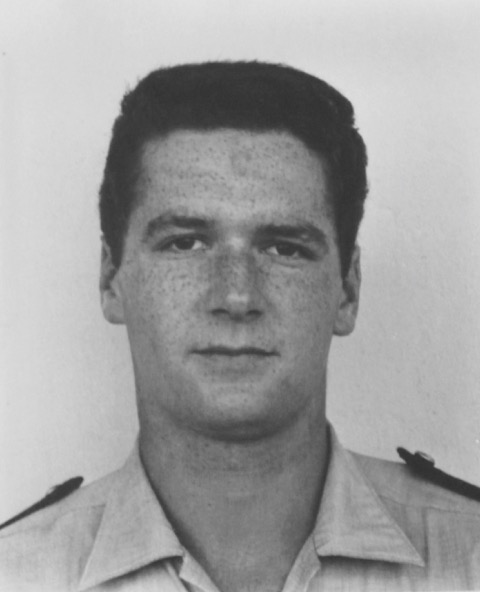 Young P.C. Len Mustard
“Thanks for all the fine work you and your committee do.”
Dave Adam.