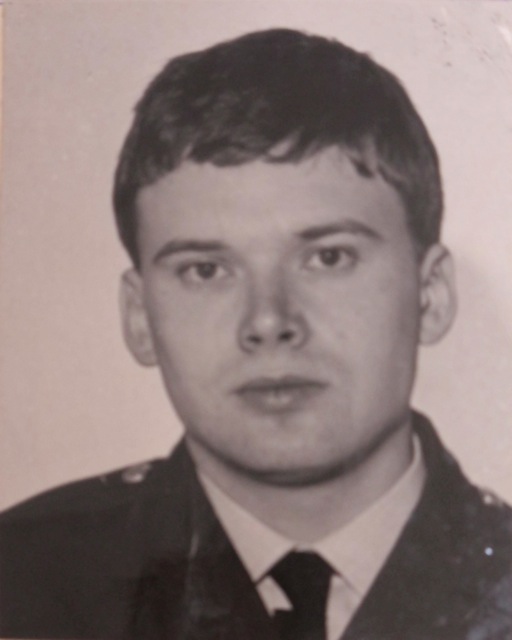 I was born in Coalville, Leicestershire; went to Ashby Boys Grammar School, then on to Leeds University.

In 1971 I got a degree in Sociology although I wasn’t really sure where I was going in life and started looking at several career options.

My old school friend, John Bradford, had joined the Bermuda Police in 1970 after service in the Leicestershire Constabulary. During the summer of 1971 he came over on leave with stories of life in Bermuda. I was so impressed I decided to apply. It took some time but I finally arrived in Bermuda as a new recruit in March 1972, where I attended Basic Training Course 15. 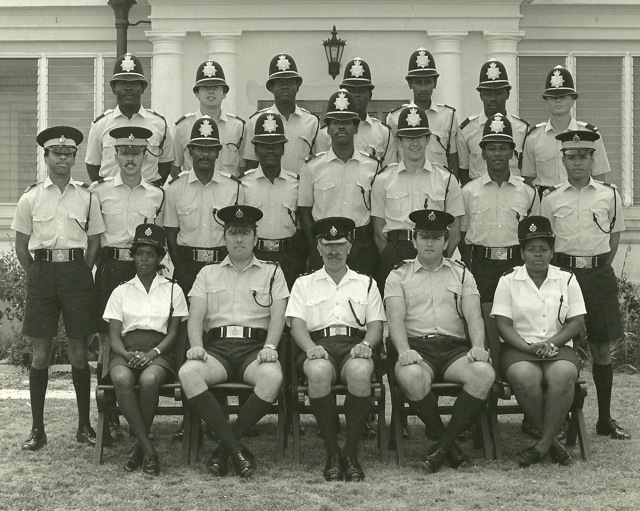 My first posting was to St .George’s with Sgt Brian Flook as Watch Sergeant. 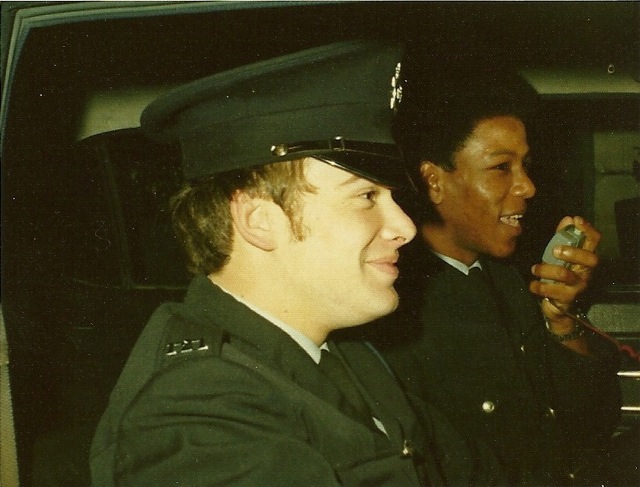 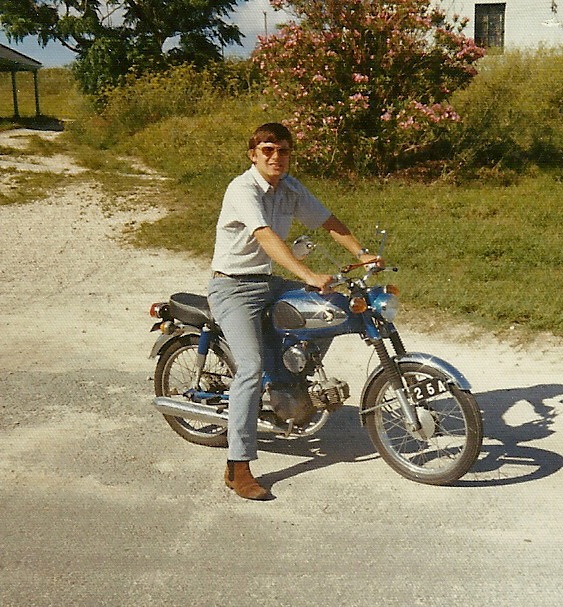 Wayne on his "hot rod" outside St. George's Barracks

I then went onto Sgt Arthur Bean’s watch and was transferred to Hamilton in 1974 where I worked for newly promoted Sgt Pat McBride. 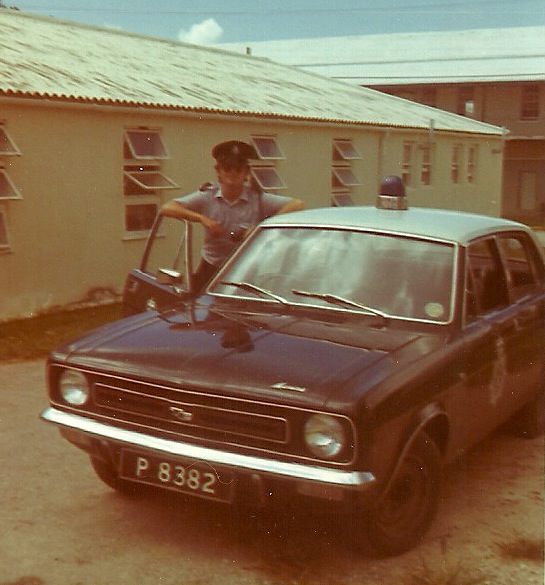 I had a big decision to make in the summer of 1974. I had been offered a job as police constable on the Edmonton, Alberta, Canada Police Force, and I had been already accepted on a post graduate Certificate in Educaton one-year course at Leeds University.

In taking the latter... in retrospect it was not the right decision! I ended up teaching for two years at a grammar school, now a community college, in my home town in Leicestershire.

I began to get itchy feet in the UK, and in 1977 I emigrated to Canada and joined the Calgary City Police where I remained a constable for 25 years, retiring in 2003. 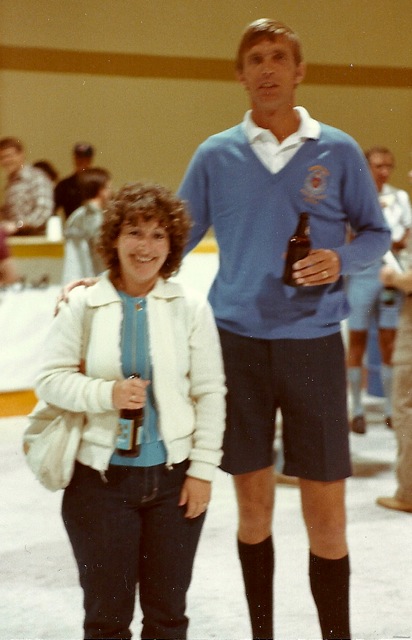 The Long and the Short!
Wayne and his wife Marilyn got together with members of the Police Running Section
during the Team's visit to participate in the Jasper to Banff Road Relay
in the earlty 1980's.  Marilyn, who might aptly be described as a fairly short person,
is pictured here with Pete Shaw who could reasonably be described as quite a tall person!

While there I served with Brian Hanney, also from Bermuda Police. Brian retired just before me. I was always in front line positions working the street right up to retirement well into my 50’s. I’ve been married to Marilyn for 31 years now. She is a Canadian from Montreal. Since I retired I drove large tanker trucks, hauling dangerous goods all over western Canada and into the north-west United States. Although only a part time position I made good money.

The winters in western Canada can be quite trying to say the least and it was not always a fun job. In 2008 I went back to the city of Calgary and now drive a bus. I’m 63 years old next month still in reasonable health and keep fit by skiing in the winter and walking as often as possible. 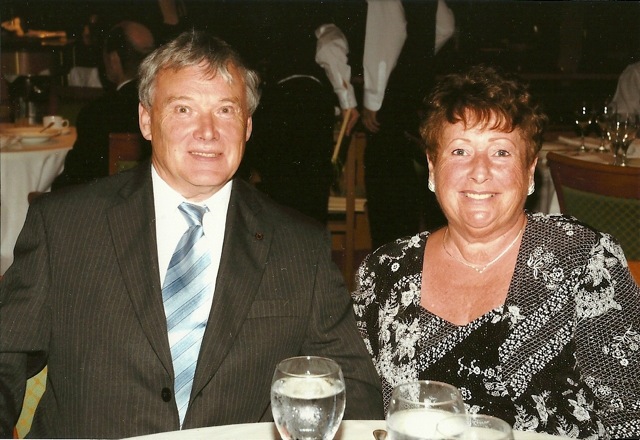 Wayne and Marilyn cruising through the Panama Canal 2011