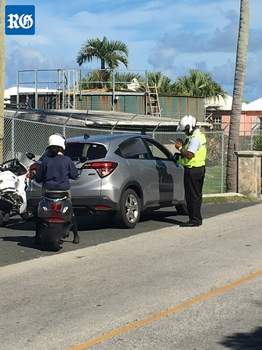 In an Opinion piece published in the Royal Gazette on 8th December 2017, the Bermuda Police Service has taken the unprecedented step of producing and publishing video footage of a series of accidents in real time which were recorded on video cameras at strategic locations on Bermuda's roads, usually at busy junctions.  This video footage has to be seen to be believed. You can view it at the beginning of the RG article at http://www.royalgazette.com/editorials/article/20171208/back-police-to-liberate-roads-from-fools-on-wheels

As you'll see from the title of the video film it calls on the public to "Back the Police to liberate our roads from fools on wheels."

Some of the footage is shocking and shows complete disregard for the rules of the road.

We, as former police officers probably have more first-hand knowledge of road accidents and their causes then anyone else.  I can recall some of our politicians, along with members of the public complaining about police officers spending too much time dealing with traffic offences when they should be concentrating on "real crime".  I would venture to say that if we compare the number of people killed and injured on our roads, it will far exceed all of the persons killed or injured as a result of criminal assaults.

I am not sure how long the Comments section under this Royal Gazette article will be open, but please free to post your opinion under the article if possible. If the comments  section is closed, then please feel free to let us have your comments about what the BPS and the public can do to reduce the carnage on our roads.