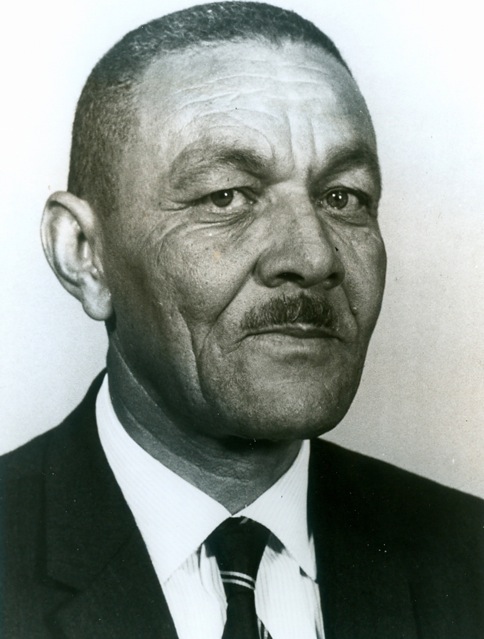 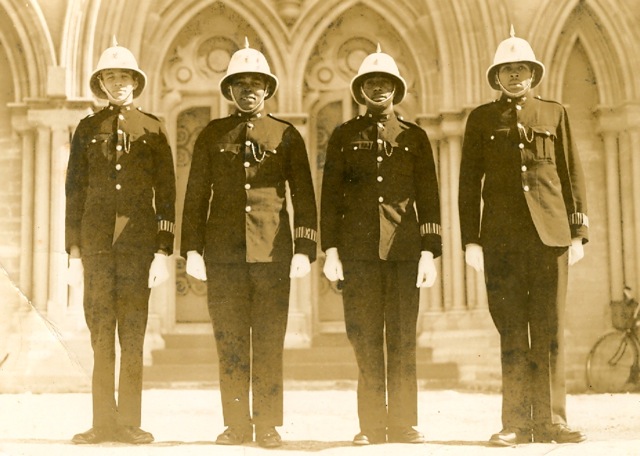 Young P.C. Oliver Trott (left) with fellow Police Officers outside Holy Trinity Cathedral in Hamilton
We believe that the officer on the right is ex-Detective Sergeant Sinclair Bean
but would appreciate assistance in identifying the other officers 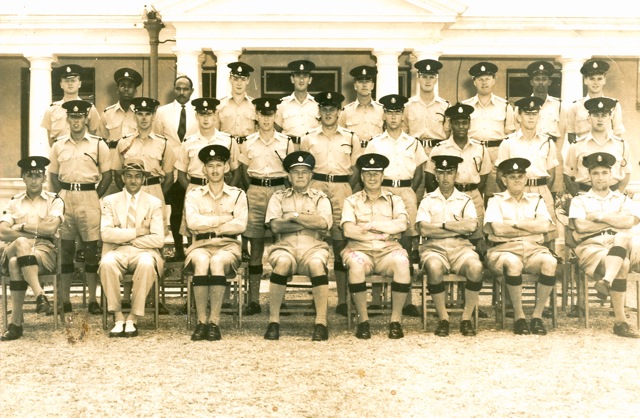 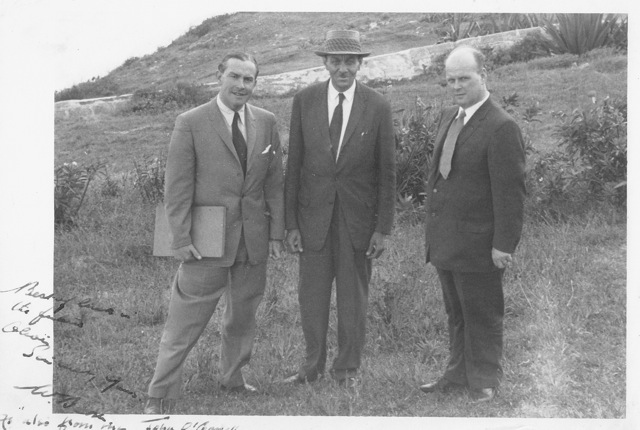 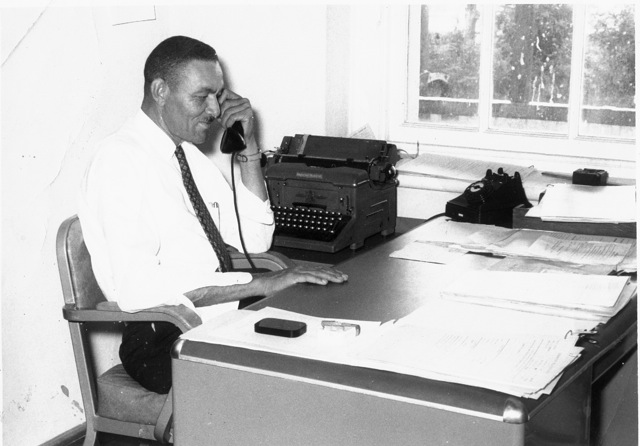 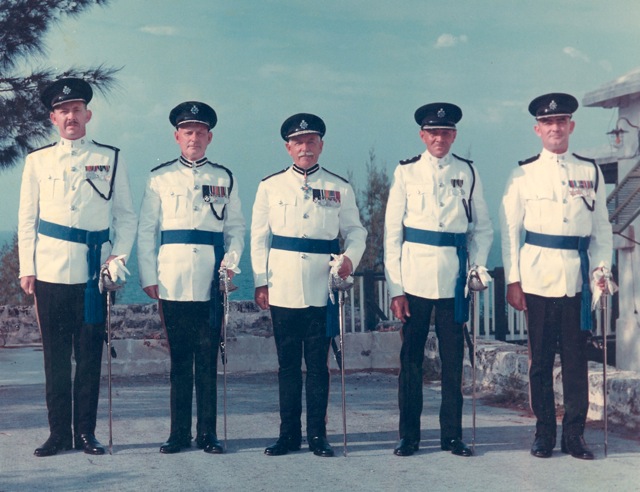 Chief Superintendent Oliver Trott attends Government House with his wife, Irene ("Girlie')
and his daughter Patricia on 29th May 1971, to receive his
Queen's Colonial Police Medal for Distinguished Service
Below is H.E. Lord Martonmere (centre) with C/Supt Oliver Trott on the left and Inspector Tommy
Doyle on the right.   Inspector Doyle received the Colonial Police Medal for Meritorious Service 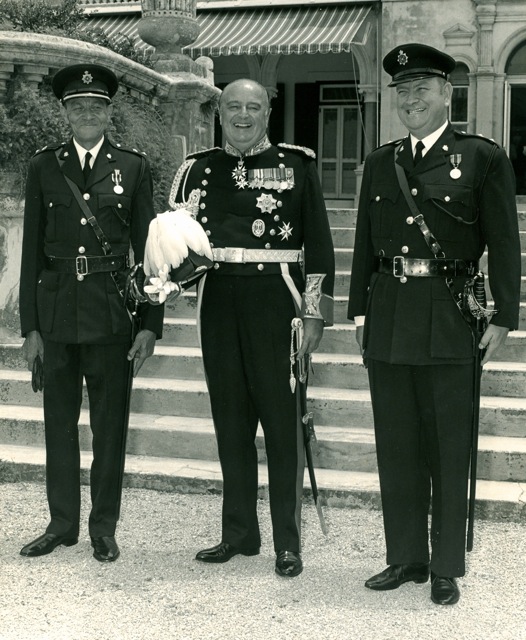 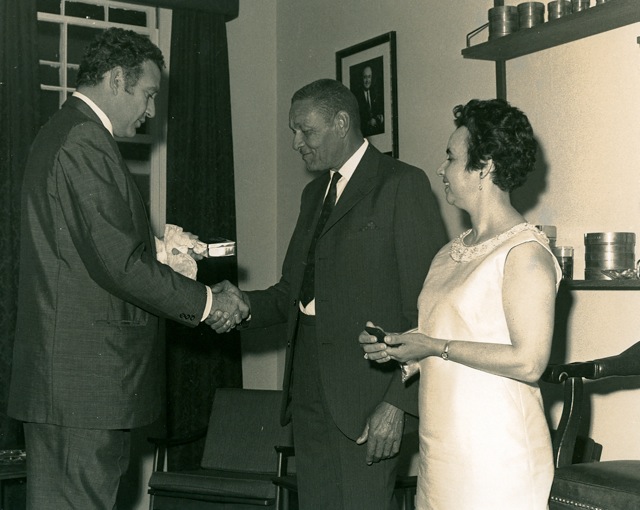 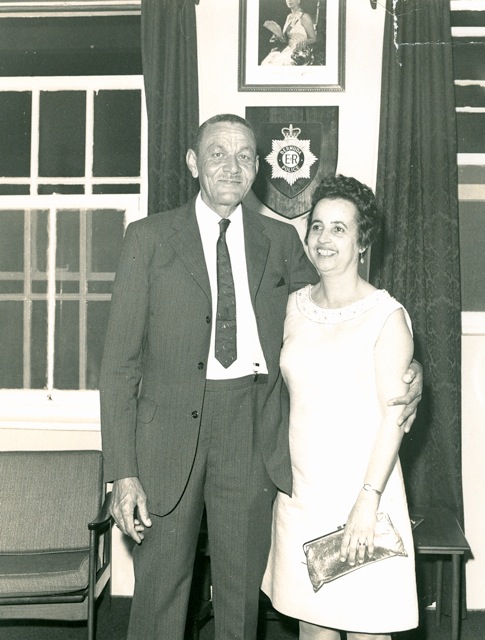