This excellent photo is taken from page 36 of our new Police history book, "One Hundred & Thirty-Five Years of Service".

We know it is correctly dated 1955 and was said to have been taken during a visit by former Bermuda Commissioner of Police, Sir Ivo Stourton  who was said to be front row centre, in his capacity as Inspector General of the Colonial Police.  The history book does not name anyone except Sir Ivo,  and we were hoping to identify most, if not all of those in the photo.

However, we discovered that the photo was not taken during an HMI visit but was taken outside Police Headquarters during a Training Course held at Prospect for the officers on the two top rows in 1955 when Supt. Webster of the Lancashire Police was brought out specially to organize two training courses. This is how the mistake was discovered.

We realized there was a problem when  former ACOP Ian Morrison contacted us to advise that the  person sitting in the middle of the front row is definitely not Sir Ivo Stourton, but is the then DCOP Max Bronte Parker.  Mr Morrison knew both men and actually met Sir Ivo  twice,  and on one occasion sat next to him during a dinner at the Police College at Hendon when Ian was President of the Mess.

Ian also identified the men on the front row as;  Col. Newing who was a Superintendent in the Bermuda Police,  Supt. Barker from the UK who came out to run several training courses,  DCOP Max Bronte Parker,  Supt Percy Miller, and Inspector Jack "Tug" Wilson (who gave away my bride on the day we were married).  Ian also assisted in identifying other officers in the photograph.

Just for the record, I have checked both of our Police Magazines published in 1955 - the first year we had police magazines - and there is no mention of a visit by the HMI.  However, on checking the 1960 edition of the magazine there is an article and several photographs taken during a visit to Bermuda by Sir Ivo Stourton in his capacity as Inspector General of Colonial Police Forces.

Derek Brashier, who was here recently for the memorial service for former Bermuda police officer Tom Gray, contacted us from Florida to say that  after examining this photo he believes that the person on the left end of the middle row  is a young Dave Parsons, who is now residing in Canada;  that the guy second from the right on the middle row, is Trevor Owen, and the guy at top right on the back row is Bill Freeman

Also today I met with Webster Furbert who served on the Force for 11 years from June 1953 to October 1964, and he confirms that he is standing 2nd from left on the middle row.  He and his wife of 60 years, Cecelia,  had purchased a copy of the history book, and it was Cecelia who immediately recognised her husband in the photo on page 36.  We are hoping that Webster will provide us with an article about his time in the Police Force for our "Then and Now" column.

Following further assistance from several former officers, including Mike Cherry, we believe we have successfully identified all but two of those present, and we will continue to make enquiries until our list is completely accurate.   Please check our list in the caption below and let us know if you can assist with the last two officers, and also let us know if we have wrongly named anyone. 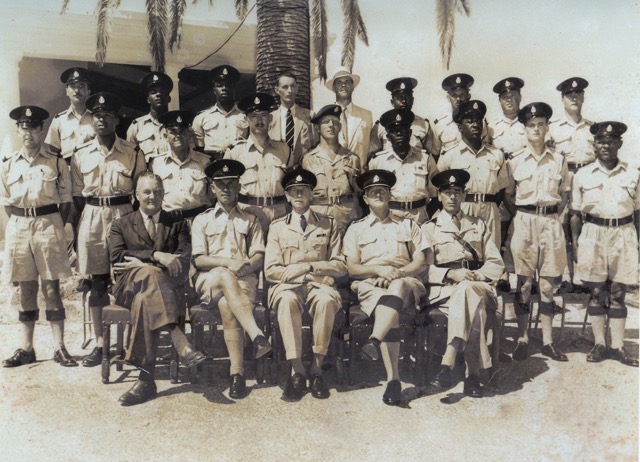 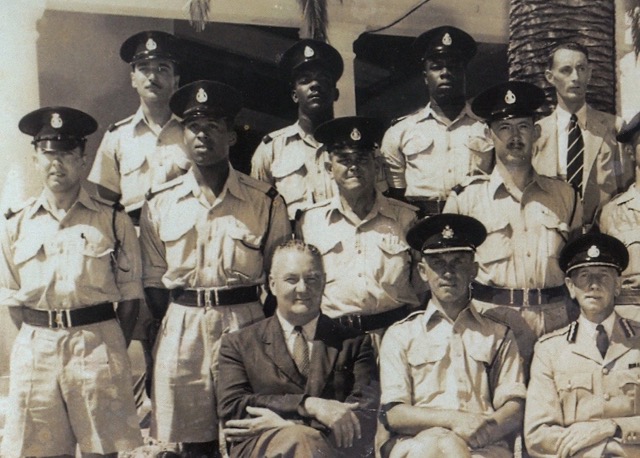 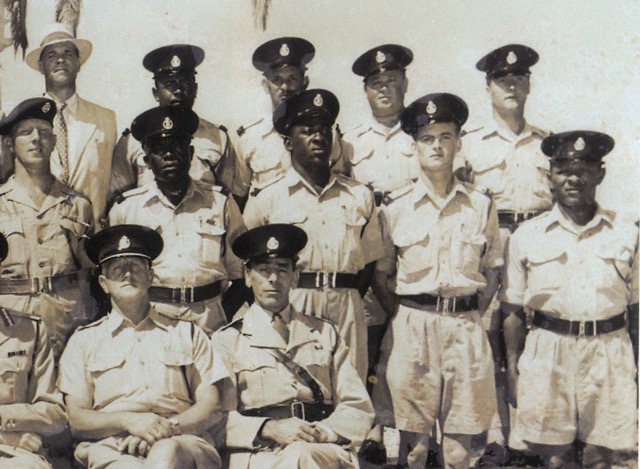