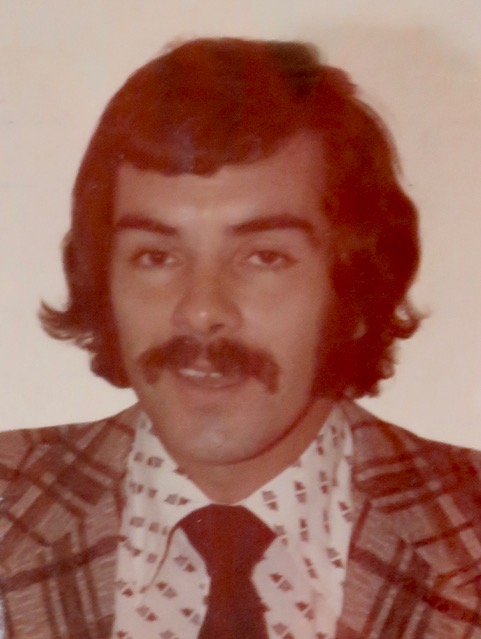 Like a “bolt out of the blue” we just heard from our old friend and former colleague Les Pearson who had been informed of the existence of our ExPo website by his old buddy, Alan Barker who now lives in Nova Scotia. 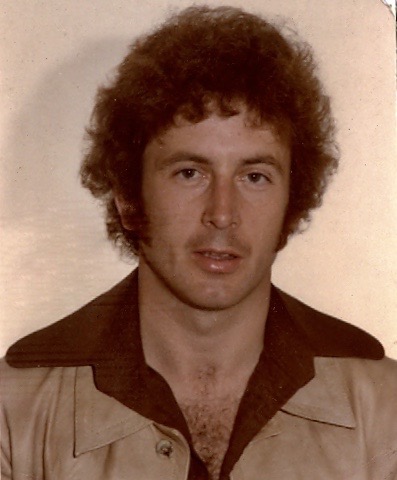 Les wrote initially to let us know he’s alive and well, is in good health living in the mountains in central Mexico where he still plays tennis, one of his passions, and also keeps busy hiking and volunteering to teach English two evenings a week.

After responding to Les’s email with a request for more information, Les wrote back as follows:-

I am happy to report that I turned seventy in May and have been blessed with a great life since I left Bermuda ....I play tennis five times a week and have a great life in the beautiful colonial city of San Miguel de Allende in the mountains in central Mexico!

It was in March of 1970, and I was a bobby in Sheffield on a wet miserable night shift thinking there had to be more to life than this when I spotted the Police Magazine on a table and I opened it and there saw this advertisement for Bermuda wanting police officers!!

Well, I thought they could have me!!!

I came home and six weeks to the day I was there!!

So, I arrived in Bermuda from the U.K on 15th April 1970, with seven others including Alan Barker, Graham Maddocks, Terry Warrilow, and John Baxter , and three others I can’t recall at the moment. (Editors note – the other three were John Broadbent, Peter Treves, and Robert Payne.)

I served on foot patrol in Hamilton before being transferred to Cycle Squad (in 1971) under Tom Cassin. It didn’t take me long to realize I was not suited for the big bikes.

Two things happened to me... firstly I had a really bad accident on the Causeway and came off the bike and was lucky to escape with no broken bones.

The second incident was on Court Street during a riot and I was knocked out by a brick thrown and connected with my head....Terry Cabral reached me and lifted me into the van and drove me to the hospital. Perhaps he didn’t save my life but I am forever grateful to him for his courage and bravery!!

Editors note  - See comments about this incident from Terry Cabral below this article.

I was then transferred to CID in Hamilton (in March 1973). I was not involved in the tragic events of the murders but I was one of the few detectives assigned to deal with all the other cases. 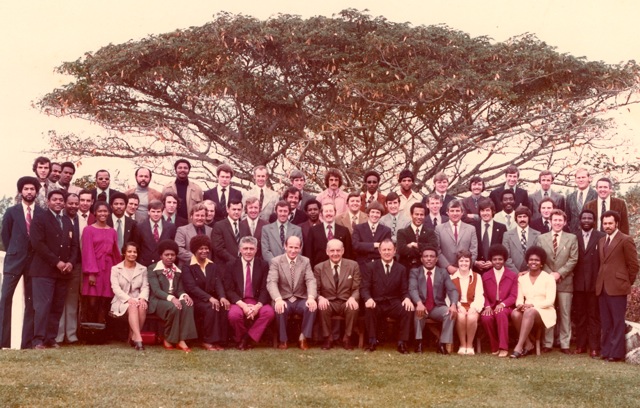 I was fortunate to then be selected for bodyguard duty and was assigned to the American Consul General, Donald McCue, a wonderful man and his wife who took good care of me.

After a few years in CID I was transferred to Travel Control at the airport in July 1977 where I served out my remaining years... I did pass the Sergeants examination but only served as acting sergeant in Travel Control.

I represented the Force in tennis, football, snooker, and if I might add I was the tennis singles champion for a few years, and with my lovely tennis partner Arthur Rose, we won some doubles titles as well!! 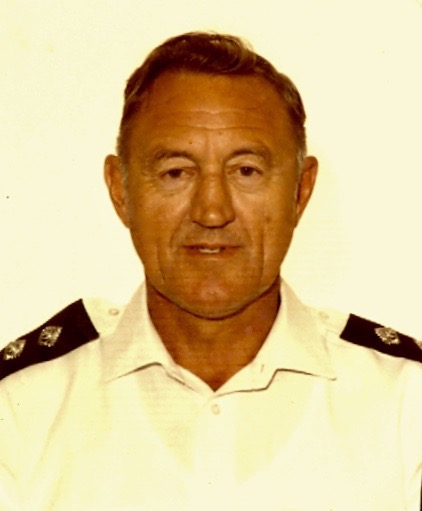 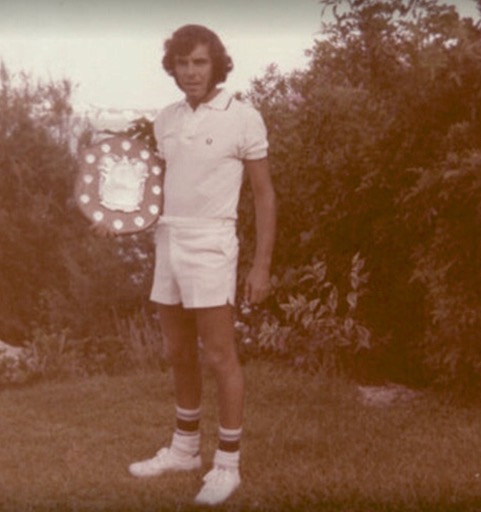 Les with one of his many tennis trophies 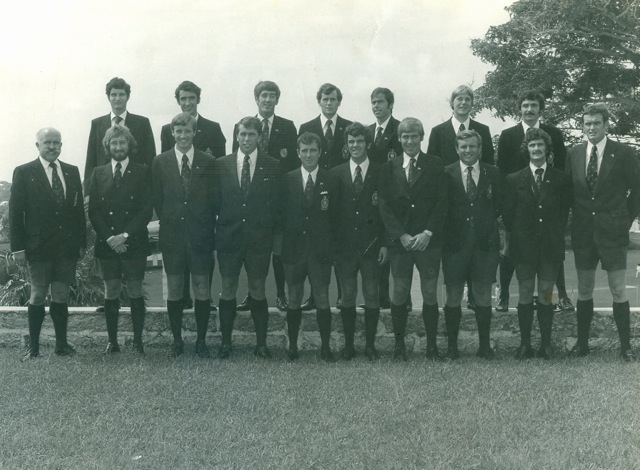 One of my good friends, although not a policeman, was Dave Walker he was a great soccer player and we were the ones that started the Cavern (in the cellar of the Police Club) with the Friday disco nights!!! (Editors note - We wrote an article about Dave Walker in 2014 in which Dave enquired about his old friend Les Pearson but until now we had no idea of Les’s whereabouts. Dave article can be viewed in our ‘Then and Now ‘column at http://expobermuda.com/index.php/tan/280-davewalker

I also was the tour organizer for the Police soccer club and we did trips to Atlanta, Toronto, San Francisco, where I bumped into Peter Treves!, Fort Lauderdale, and New York City.

In May of 1980 I married Connie DeSilva who worked for Air Canada at the airport, she had two young daughters by a previous marriage and her brother lived just outside of Edmonton, Alberta, and he sponsored us to emigrate to Canada. We left in early May of that year having completed ten years service.

Unfortunately, our marriage did not work out and in 1982 we were divorced.

I have very fond memories of my life in Bermuda and I was very fortunate to work with some amazing women and men...

My life has been great and I met Gracie two years ago here in San Mihguel and she is very wonderful. We take it one day at a time and are happy.

Here where we live I often go the town square which is always  the focus of life in Mexico. We have a magnificent church, said to be the most photographed in Mexico, and I sit on one of the benches, look around me and say, how did this 21 year old kid from Sheffield end up here?! 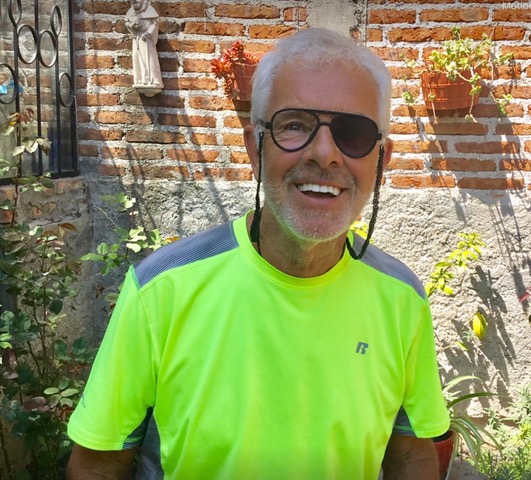 Les seeing through a different lens! 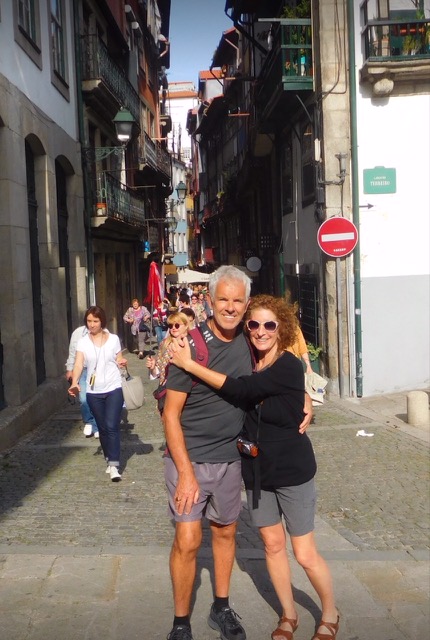 I have been blessed all my life with good health and I am now enjoying my life in this Mexican town with a fabulous woman and a great life...best wishes and please pass on my e-mail to anyone who wants it - and the door is always open for visitors!!

Editors note -  We prefer not to publish email addresses but if anyone wants Les's email I am more than happy to send it to you.

Editors note -  After receiving the comment below from Terry Cabral, who mentions the time when Les was riding along the Causeway on his police bike and came off in grand style, thus earning the nickname "Evel Knievel" from Terry, I couldn't resist posting this photo of the infamous Evel Knievel who, I must admit, had  something in common with our Les!!

Les, you're now officially registered on our List of Nicknames which you can find at http://expobermuda.com/index.php/lia/166-nicknames 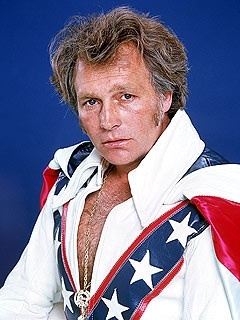 Editors note -  We received the following account from Terry Cabral regarding the incident on Court Street in which Les was injured when a concrete block was thrown at him. 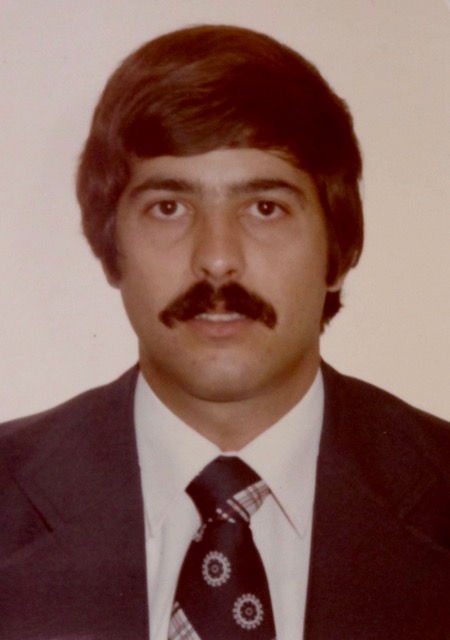 "The incident Les refers to was a Cycle Squad cycle check on Dutton Avenue in 1971. Just our usual checks.

It was about 10pm when myself and Les were checking cycles/registration et al when one guy took off on his cycle and rode down Parsons Road and up Court and then Elliott and then Princess Streets.

I know Tom Cassin was there along with Terry Warrilow and one other. The new MCPS was on patrol with Sgt. “Boxhead” Foggo, Russell Paynter and Steve Petty. How the hell I followed this guy in Kilo 4, the old Ford lift-back, is a mystery but I did with Less as passenger. The person stopped on Princess Street and started calling his mates who lived upstairs in one of those dwellings. They all came out and started a confrontation with just us two. I called a 10/55 and a couple of minutes later the above MCPS guys turned up along with Tom Cassin.The concrete blocks began to fall from above from the balcony and a few bottles were thrown.

Les and I were still trying to arrest the guy when Les was hit from above with a concrete block that luckily hit him but glanced off his head. He went down instantly.The other guys rode off.

The few people who were throwing and dropping blocks continued until the vehicle had lost all windows and windshield. I opened the passenger door and picked Les up and put him on the floor and slammed the door when I was hit again but not seriously. I started the vehicle and drove to KEMH with no windshield and covered in glass and a two-tone horn that I never shut off even after arriving.

What a night.
Two lucky guys.

Colin Mackenzie 3 years 8 months
Les, glad to hear you are well and healthy. I remember our days at Travel Control and body guarding...it was quite the time. Keith Pellow, Brian Foster, Yvonne Yates, John Graham, Peter McNulty, Ron Wallace, Neil Cox, Peter Stubbs, are names that come to mind whom we worked with back then, and some others I cannot remember now. I am in Ontario, married, give squash lessons, playing squash regularly, 72 years young and, so far, in good health.Best wishes and continued good health. Nice to hear your news.Colin.

terry 3 years 8 months
Is there any way to post and having typed much and have it not printed in format and then told it was too long to be submitted?Do I have to send a email to the Editor? Do I have to send it personally?I spent 20 minutes typing and "it's too long".Editors note - Many thanks for mentioning this issue Terry. I never realized until quite recently that there is a limit on the amount of information you, or anyone else can write in the comments boxes. I found it out when someone else made exactly the same comment.The easiest thing to do is to write whatever you wish to have printed in an email, along with an explanation as to which article you are referring to, and I'll be happy to publish it, subject to the usual restrictions re content.

John Riordan 3 years 8 months
Dave Walker, Bob Porritt, Graham Blackshaw, Frank Dowie, John Headey and myself have had a few Bermuda Police football team reunions over the past years and Les is always a topic of conversation. Dave Walker in particular would love to hear that Les has made contact and I’m sure we would all love to meet him again to reminisce those footballing days. Would love to have his email address to make contact.Editors note - Many thanks for writing John. Will forward Les's email address to you, Dave Walker, John Headey and Bob Porritt, but I don't have contact details for either Graham Blackshaw and Frank Dowie. Would love to have their contact details if you could ask them to send them to me. Would also like to have them write a little bit about themselves, where they are and what they're doing these days for our Keeping in Touch column

terry 3 years 8 months
I got caught up in that 'Causeway' thing.There are still many that still call Kindley Field Road "Causeway".This happened on Kindley Field Road about 50' from the main entrance to the old sliding wire gates to BAS Kitchens.I can see him now with his bleeding knees and legs and an exposed bottom from the carnage.I'll get back on the brick and head injury as it was not a riot per se but one hell of an assault on Princess Street.

terry 3 years 8 months
Recognized him straight away.We did share many good and bad times together, from the beat in Hamilton to Cycle squad and CID.With regards to the incidents he mentioned I was there for the other one on the Causeway when we were chasing a suspected stolen cycle and "Even Knievel" Pearson struck a 2x4 lying straight and went down. How the hell he ever stayed on the side of that Honda was shear luck. The crash bars were ground down to tinfoil. Would like to expand but it gets lost at time.Give me an idea Roger. Been looking for the bugger for over 25 years.Editors note - That's is a great nickname for Les even though he apparently didn't take to riding motor bikes. Will add it to our List of Nicknames. Thanks Terry.

Davie Kerr 3 years 8 months
Must admit that I wouldn't have recogised Les with white hair, but I remember the two hairy young lads in the pics above! I was Les's roomie on that NY tour, and two more "callow youths" you could not have imagined!I seem to recall that Les had a lovely dog, I think she was an Alsatian/Golden Retriever cross, called Duchess....Glad to see he's still hanging in there!