This was not the best quality photo we have ever published, and it may not have been the finest team the Bermuda Police has ever produced, but it was a team with a mascot!  We wanted to know where and when it was taken, who is in the team, what was the occasion -  and what is the name of the dog?

We got an excellent response with Terry Cabral providing most of the names, including "Turk" the mascot owned by Dave Chew, with a little extra help from John Headey who is on "cloud 9" these days with his home team Huddersfield playing in the Premier Division, and from Paul Hendricks.

It must be noted, however,  that no-one seemed to have any recollection of when this match was played, who it was played against, and what the score was!  Yes, it was played down east on the RAA field, and that may explain the lack of recollection! 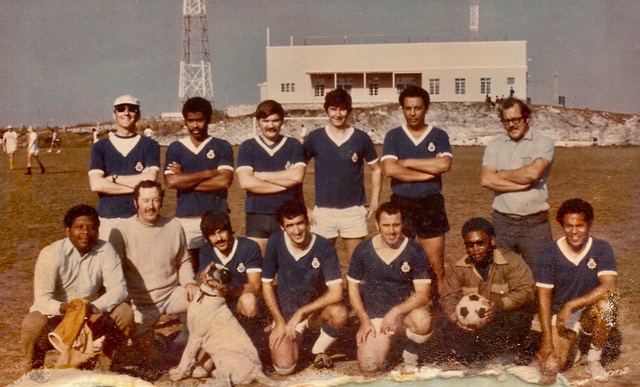