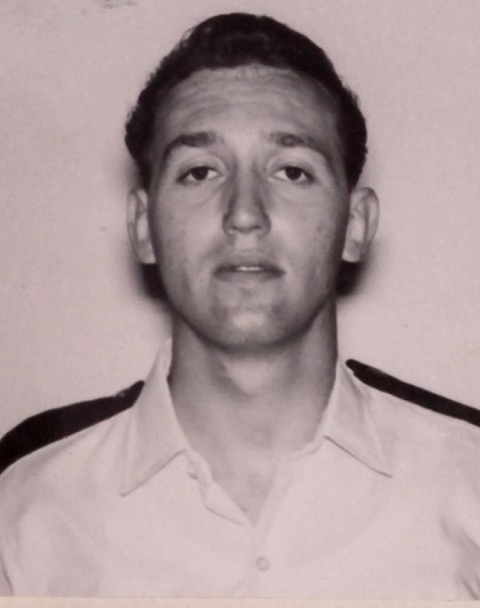 We heard recently from former P.C. John Rawson who served in the Bermuda Police from 1962 – 1965.  We had published a photo in our “Who, Where and When” column of a group of Bermuda rugby players who travelled to the U.S. to take part in the first ever tour undertaken by a Bermuda Rugby Squad, organized by Renegades Rugby Club which also included players from the Police Team and BAA Team. 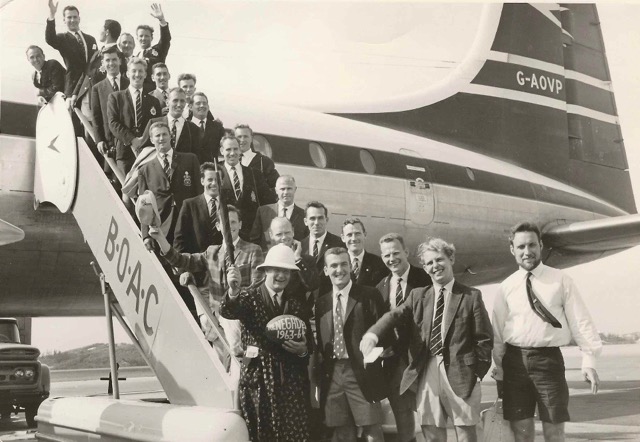 John was an outstanding player for our Police Team and had been selected for the tour.  We were seeking information about the names of all the team members, when was the tour, who organized it etc. and we were having limited success in finding all the answers until John put pen to paper and sent us a copy of the tour programme  listing everyone on the tour,  together with their weight,  occupations and their rugby club affiliations, along with details of the organizing committee etc.  You can view the article and all the information kindly provided by John at http://expobermuda.com/index.php/who-when-where/563-historic-rugby-tour

John had joined the Bermuda Police in June 1962, having previously served as a Cadet and then as a Constable in the Nottingham City Police.  On arrival in Bermuda he was initially posted to Central Division (Hamilton)  and also worked as an Aide in Central CID in 1964, before being transferred to Operations (Traffic) in March 1965. 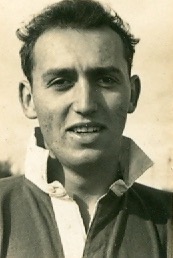 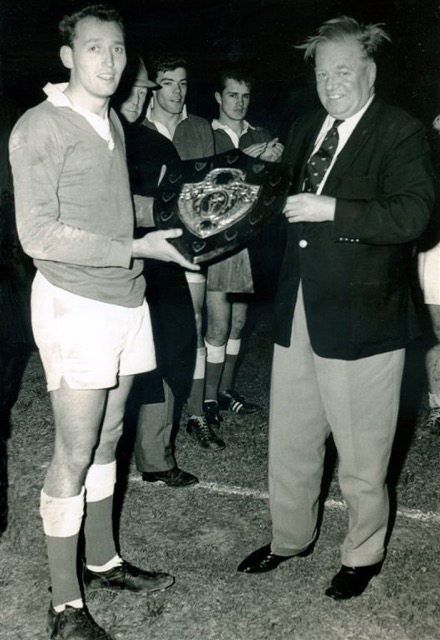 John was without doubt one of our finest ever rugby players at a time when our Police Team was dominant in local rugby. He was a brilliant fly half and was a member of the team when Police won the Nichol Shield in 1965.

John was also attached to the Police Training School as a part-time P.E. Instructor as seen below with graduates of Basic Training Course #4 in October 1964. 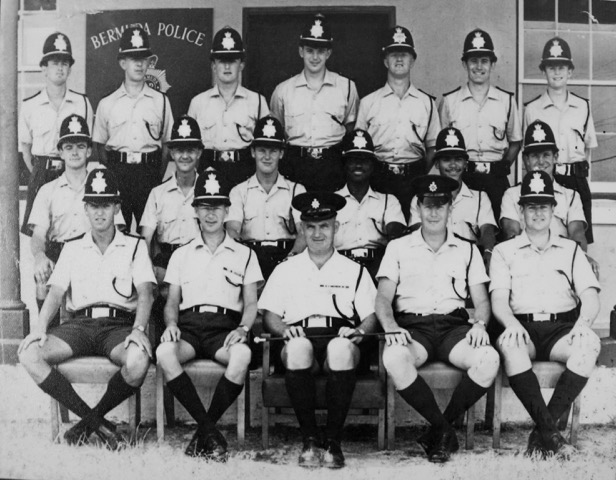 John met his wife, Ann, here in Bermuda when she was working as a nurse at King Edward Hospital and the couple married here.  We have featured the photo below of ther happy couple outside the Police Club along with a group of theiir wedding guests. 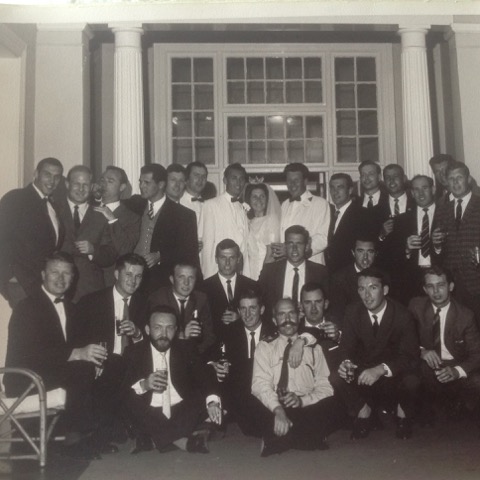 What a wedding photo!
John and Anne's wedding "party" held at the Police Club following
their wedding ceremony at Christchurch, Warwick on 29th April 1965
We are featuring this photo in our "Who, When and Where "column at
http://expobermuda.com/index.php/who-when-where/581-a-sportsman-s-wedding
Your assistance in identifying everyone present would be appreciated

John and Anne returned to Nottingham together when his 3 year contract here in Bermuda was completed in June 1965. He re-joined the Nottingham City Police until his retirement in 1991.

During our correspondence about the rugby tour photograph John wrote the following:-

“It has been good to be in touch with you after all these years. I look upon my time in Bermuda with happy memories.

We are still in touch with old colleagues in Canada (Tim Burch, Mike Leng and Tom O’Sullivan’s wife, Ann).  Having relatives in Canada we have been over there a number of times since I retired from the Police Force.

I retired on September 1st 1991, having joined Nottingham City Police in May 1957. I re-joined my old Force in July 1965 after serving for 3 years in the Bermuda Police.

I had a very varied and interesting career, most of it very enjoyable, and a small portion of it pretty dim!

I was a beat man on a council estate living in a Police house. It had its moments.  I then drove 999 response vehicles for two years before going to Traffic Patrol (dealing with RTA’s etc) and finishing up on Motor Patrol driving a Range Rover.

An interesting turn then followed with the  "Drinks and Druggies!" Very funny, but not many people were laughing.

In October 1977 I was again seconded to Central Service this time to the Central Planning Unit which had taken over the old training centre at Pannel Ash, again as a specialist instructor.  A few years there followed manning the barricades at various stations in and around the City as a Section Sergeant.

During this time I successfully completed a Student Instructors Course and finished up at the Force Training School doing probationary training. I was also heavily involved teaching the new P.A.C.E. law to the Force (all times very interesting).

I finished my service as Sergeant in Emergency Planning, basically that was about the Police role during war; had good times with the R.A.F. and Navy.

Had a good and interesting career;  no complaints, but Bermuda was most certainly a great unforgettable 3 years for me and Ann.” 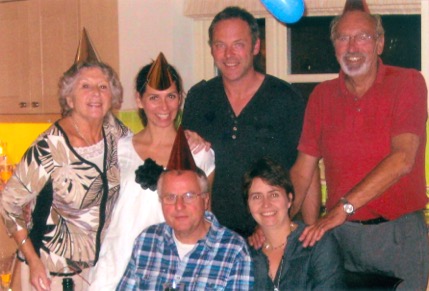 Party time at the Rawson's
(l-r)  Anne, Sue and her husband Tony, and John
Daughter Kate with her husband Pete

mike cherry 4 years 11 months
rogeri would guess it is Stanley Gascoigne but stand to be corrected.MikeEditors note - Many thanks Mike. Had been trying for weeks to think of his name and I'm fairly sure it is Stabndley Gascoigne. Will try to confirm.

mike cherry 4 years 11 months
Roger,Another question arising from the articles about John, is who is the gentleman presenting the trophy to John at the 1965 Nicholl Shield final?Michael CherryEditords note - Agreed Mike. I have no idea who it is and so far no-one has ID him