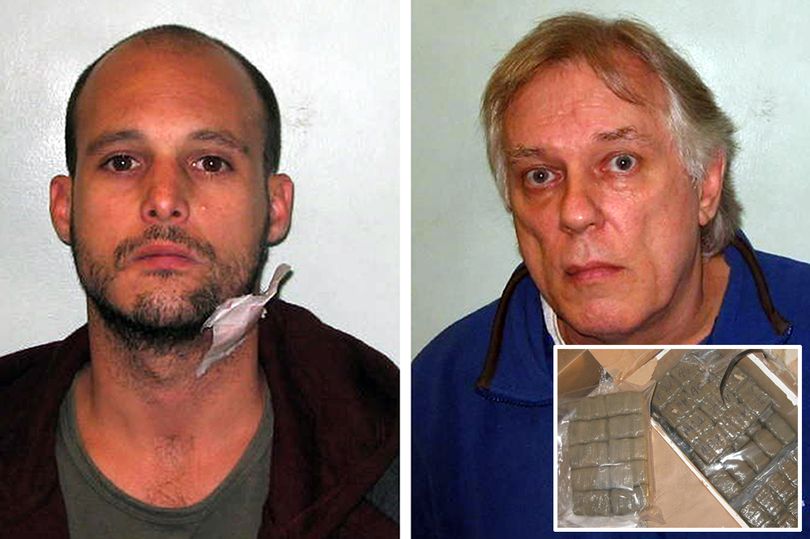 We have had several enquiries from our members recently about rumours that former P.C. John Wright has been sentenced to a long term of imprisonment in the U.K. for conspiracy to import drugs.

We have now received a press clipping from the Mirror newspaper dated March 2015 (see http://www.mirror.co.uk/news/uk-news/drug-barons-plotted-smuggle-enough-5329752) confirming that Wright, along with another man, was convicted of being involved in a "mammoth drug smuggling Operation in Britain"  when they were caught in the act by an undercover police officer trying to smuggle in 30 tonnes of cannabis worth £84 million, which was said to be the largest conspiracy to be prosecuted in the U.K.

Wright was convicted and sentenced to 9 years and 4 months imprisonment.

Angus Brown 1 year 9 months
John was my partner at CCID for several years before he left to join Billy Henry doing security at Soton Princess. We had several really good cases together, and although he was sometimes difficult to control, I always thought he was an excellent detective. After he left the job, I lost contact with him. Then I heard he’s returned to the UK where he got into trouble over some scam involving potatoes of all things. When I returned to the UK in 2007, I tried to track him down, contacting various ex-CID colleagues in the NE of UK, but they all suggested they knew nothing about his whereabouts or activities. I’ve often wondered since if they knew he had crossed over and simply wanted to distance themselves from him, but I was amazed when I eventually learnt about his criminal life and the drugs case. I’d still like to track him down if only to try to understand what turned him into such a loser. Very sad.Editors note - I heard that John got into trouble while working in security at Southampton Princess Hotel which may have resulted in him leaving Bermuda, and that he later ran into trouble working in a garage in either Spain or Italy. A sad demise for a guy who seemed to have so much going for him.

Paul Bradshaw 3 years 11 months
What a sad state of affairs, I worked with John in Central CID back in the late 70's,and always found him to be a decent bloke then. My clearest memory of John was hobbling around Central CID after blowing out his knee (s) playing Rugby. I am sad to see him come to this.Editors note - I feel sure most of us feel the same way about John. I thought it may be a case of same name wrong person, but his photo confirmed it was the John Wright we knew. He sure took a wrong turn somewhere in his life.

Terry 5 years 4 months
Amazing how people change.I thought he was an alright guy in the 70's when we worked CID.Oh well.Doing my time on the outside.