This had to be the largest number of people we have ever featured in "Who, Where and When"!  It wasquite a challenge for any one person to identify everyone in it, particularly when one person is completely hidden from view - apart from his hat.  We wanted to know who is in it,  where, when and why was it taken.  We  provided two enlargements to assist you, and we suggested that you name them as they appear in these enlargements. Some of you made a valiant effort in our Comments section below.

The photo was kindly provided to us by a longstanding member of our civilian staff, Brenda Johnson, who I'm sure will be remembered by everyone who worked in Operations Division from the the late 1970's  through to today. Brenda also provided us with a handwritten caption listed the names of everyone in it.

The photo was taken in 1979 on the front steps of City Hall in Hamilton, and is of all the staff then working in Traffic Division (Operations).  It was no doubt taken at the time of the Police Centennial celebrations, with the Police Force having been established 100 years earlier in 1879.  Listed below the photo are the names of everyone present that day. 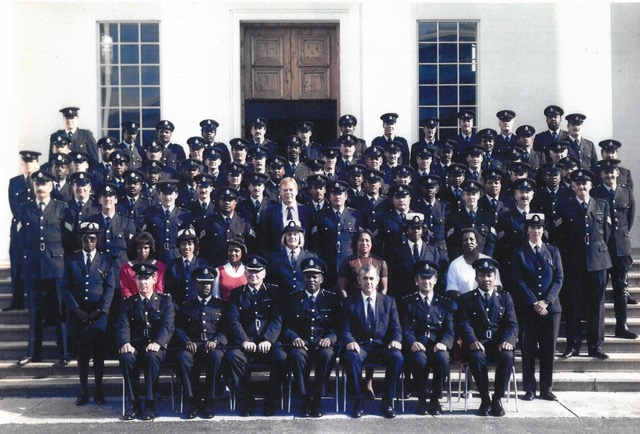 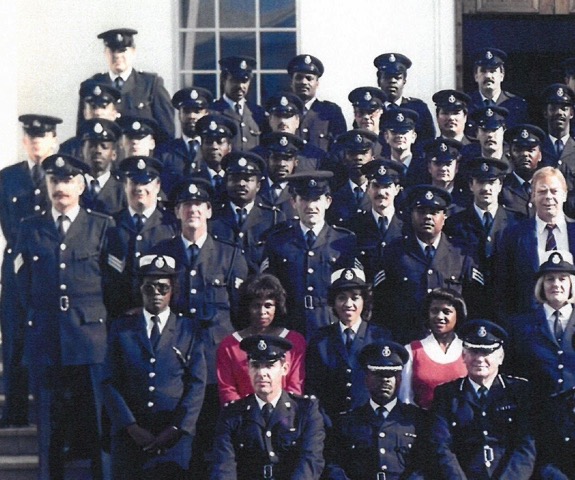 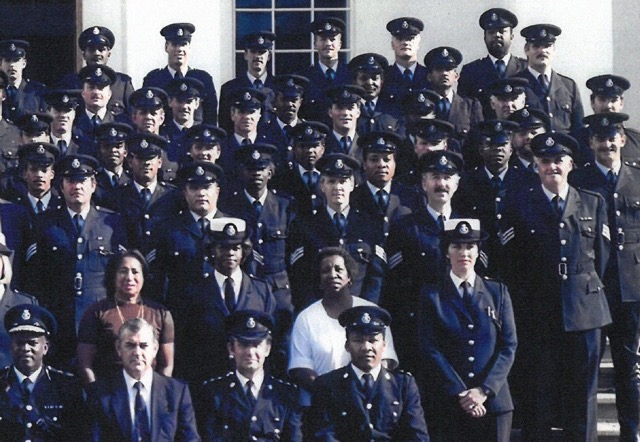