Pin-up of the Season!

This is probably the one and only time we will ever publish a "pin-up" girl on our website but we re-discovered this charming photo of a lovely young lady  from a few years ago.   We wondered how many could recall who the young lady is,  who took the photo,  and where and when it was first published.  We were also hoping to hear from our young model and catch up on where she and her family members are these days.

We have indeed heard from the young lady who is Maureen Sheehy, daughter of John Joe Sheehy.  Maureen was 5 years old at the time. The photo was taken by Police photographer Mike Woods who himself was a unique character!  Mike worked in CRO at a time when their office was on the ground floor of Police HQ.  Those who knew Mike may recall that if he happened to see Commissioner George Robins arriving at headquarters in the morning, Mike would rush outside wearing his blue lab coat, stand at the main entrance to the building, and as the Commissioner walked up the steps Mike would whip up a salute with military precision and bellow out,  "Good morning SIR. Police Headquarters ready for your inspection!"  Anyone else would have been fired!

The photo was published in the Summer 1965 edition of the Police magazine, and we have reproduced the full page below.  Great to hear that Maureen is well and that she plans to visit Bermuda in July/August this year.  She now lives in Texas as does her sister,  Kate, while their brother Michael still lives here in Bermuda and works at Flanagan's Pub on Front Street.  See photos below.

Photo appeared in the Summer 1965 issue of the Police Magazine
We're not sure if Maureen ever realized her ambition of becoming at engine driver! 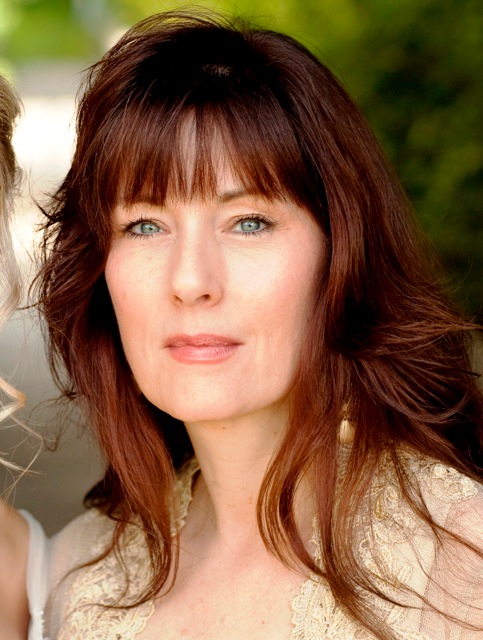 As you can see from the comment section below, Maureen got in touch with us after being totally surprised to find her pin-up photo on our front page.  Maureen now lives in Texas and has four children  - Ryan 28, a fulltime pastor currently working in Mexico who is  married with 4 children,   Danielle 25, a Registered Nurse  with Baylor and the proud mother of triplets,  Sean 23, an IT Manager with Amazon Web Services (Genius per himself), and Lordan 10, who Maureen describes as the most amazing kid on the planet.

We have also heard from Mike Sheehy who brought us up to date on what has happened in his life since he left Bermuda with his parents and family in 1986.

"After moving to Texas in 1986 I attended the University of Houston with the hopes of returning to Bermuda someday with a Hospitality degree. I enlisted in the United States Marine Corps in 1988 and Served during Desert Storm 1.

I began working at an Outback Steakhouse as a Server and rose through the ranks to Managing Partner of my own store. After 14 years with Outback I decided it was time to return to the Island. I took an opportunity with The Fairmont Southampton Princess and began anew in Bermuda.

During my time at Fairmont I met many of the Security personnel who were former Bermuda Police Officers. They all told me of the high regard they had for my father which was truly touching.

Currently I am a Manager at Bermuda's only Irish Pub and Restaurant, Flanagans Irish Pub on Front Street in Hamilton. Where else would a Sheehy turn up!

My beautiful girlfriend is Brandi Keating and of course she's from Canada, Just like my mom Joan..