We're making two exceptions with this "Who, Where and When" article in that we feature not one but two photos,  and the title "Ernie's Boys" provides you with the name of one of these players who has recently featured in our "Then and Now" column.  So now we would like to have you name all the players in both photos, many or all of whom might appear in both of them.  What season was it (if they were both taken in the same season) and how successful were they?  If possible, can you also tell us where they are these days?

We would particularly like to get in touch with the young man standing at top left of the first photo, and who appears with a little girl in the 2nd photo.  Was he "Fast" on the football field?! 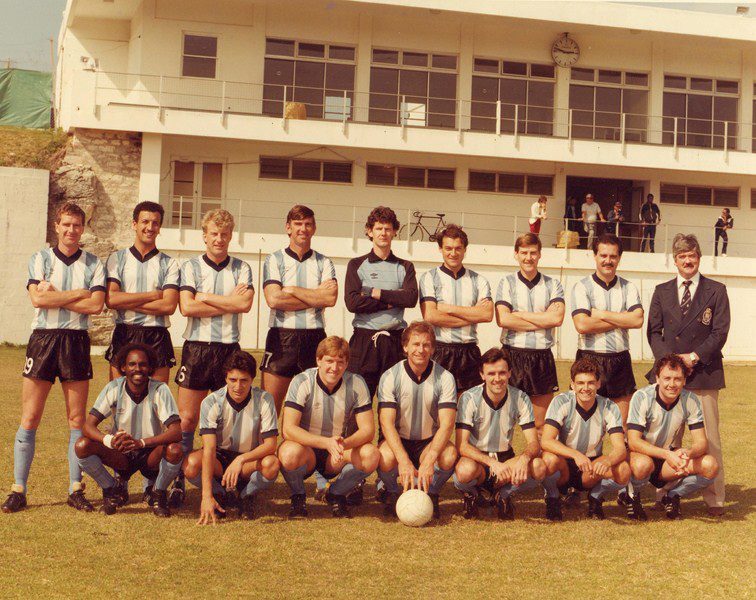 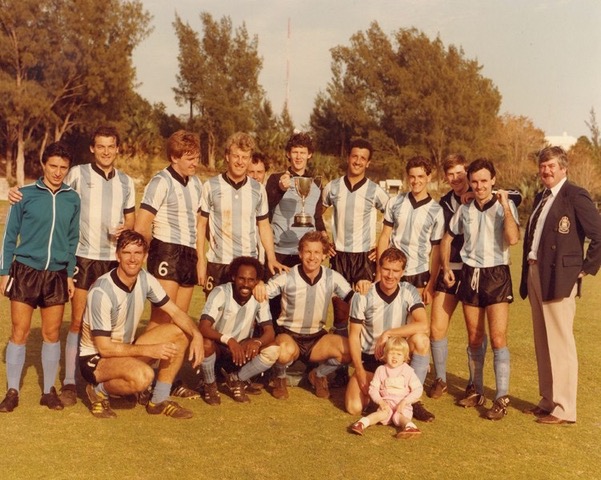 Davie Kerr 1 year 6 months
Sorry, can't help at all with this one!Eddie's got it cracked, and I have no idea who the only one he can't ID is.Editors note Thanks Davie. Have just solved the problem. He is former P.C. Michael Grainger who served here from September 1984 - June 1986, and the photo was taken during the 1986 season. Ernie thoughts his name might be Granger and he was close!

Edward Davies 1 year 6 months
Top photo back row: self, Karl Clarke, Steve Hassell, Tony Greaves, Kevin Rock, John Tartaglia, Nigel Gyte, Raimonda Harrison and Vic Richmond,Front row: Mike Levon, Domenico Cacace (Vics son in law) Mike Lawler, Ernie Mccreight, Richard Black, Neil Topping and the last one cant remember his name.Police officers on team were self Steve Hassell, John Tartaglia, Nigel Gyte, Raimondo Harrison, Mike Lawler, Ernie McCreight, Neil Topping and the one I cant identify was also a police officer.The little girl in the front in photo 2 is my daughter Caroline who will be 40 this year and now has a one year old daughter herself. Editors note - Great to hear from you Eddie and you're obviously spot on, We just have one last person to ID. Can't believe your little 2 year old is now 40. Time flies when you're having a good time!