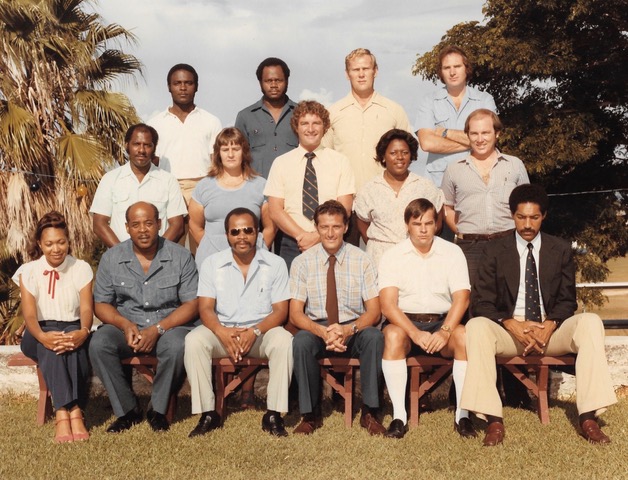 Maurice Pett 3 years 10 months
Just seen this, unknown lady on front row left is Debbie Lowe, Narcotics secretary and next to her is Customs Officer Boyson Christopher. Scary to think this photo was taken 38 years ago. MobyEditors note - Many thanks Moby . and it shows your memory is still operating even after 38years!

Dave O Meara 4 years 1 month
Hola, I should have given Cherie Bean's name as CherieButler as when this photo was taken she had not yet married Alan ( left at end of same row ) Bean, that happened about 1986 or there abouts.