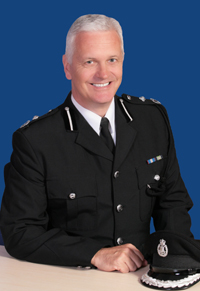 We were delighted to read in the Royal Gazette that recently retired DCOP Paul Wright has been awarded the Queen's Police Medal for Distinguished Service in the Queen's Honours List announced on Friday 7th June 2019. (See RG at http://www.royalgazette.com/news/article/20190607/five-named-in-queens-birthday-honours )

It was reported that Mr Wright retired as Deputy Commissioner late last year. "During his 40 years of police service, 34 of which were in Bermuda, he helped to modernise the management of the Bermuda Police Service and the methods for tackling the threat of gang and drug violence in Bermuda."  We reported on Paul's retirement and the reception held for him at the Police Club on our ExPo website at

We offer Paul our hearty congratulations on this richly deserved award.