I wonder how many of our Expo members could instantly recognize these two scenes taken just a couple of days ago? 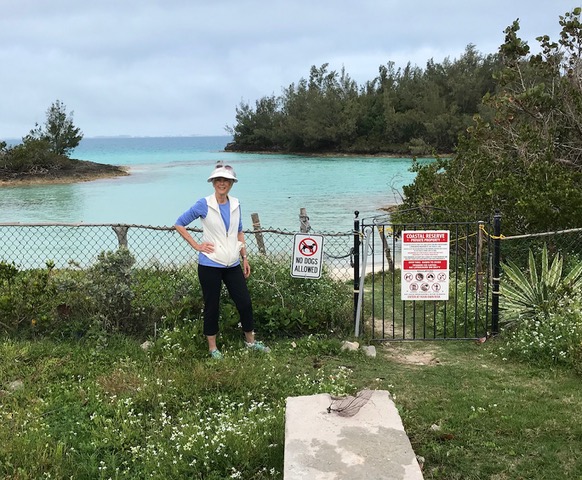 Marian at the entrance to Police Beach 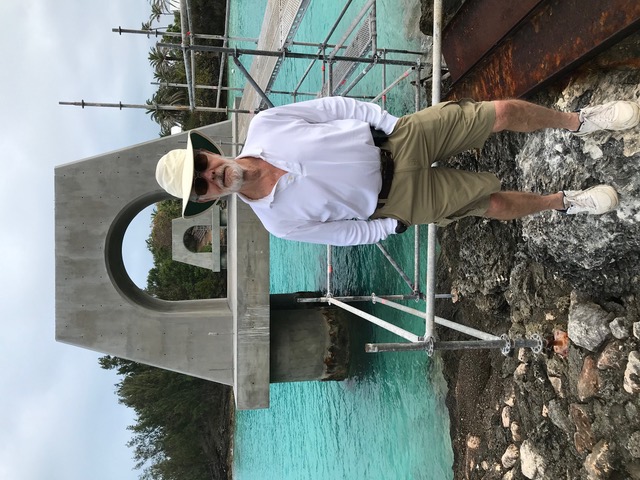 With Bermuda in  its third week of “Shelter in Place” it sure gets frustrating staying at home all day, but here in Bermuda we are allowed to venture out for a walk or run within ½ mile of our homes, between the hours of 7am and 7pm but for no more than an hour.

This morning my wife, Marian, and I decided to take a walk from our home in Flatts Village along North Shore Road to the old Police Beach which brought back many happy and poignant memories of the great times we had there while our children were young.  I wonder how many of us share the same feelings of nostalgia about those magic years when our police families could relax at one of the safest beaches for babies and young children to learn to swim.

It was always kept immaculate by the PRC Committee and those of us who used it regularly, and that was dozens of families.  I’ve been trying to figure out when it was that we were first given permission to use the beach at Gibbet’s Island which is now referred to by just about everybody as “Police Beach”.

Our two children, Joanna and Tommy, were born in 1975 and 1976 respectively, and we were using it while Joanna was still a toddler so it had to be 1976 at the latest. I vaguely recall that the property providing access to the beach was privately owned by a lady who lived in Jennings Land  and she came to an agreement with the Police, maybe through the PRC,  allowing us to use her property on condition that it was kept in good order and there were no complaints from neighbours living in the area.

This was a huge boon to those of us who had young families, and our family certainly spent many happy hours there, as did many other families. Our kids loved fishing off the rocks in the water leading into Flatts Inlet. 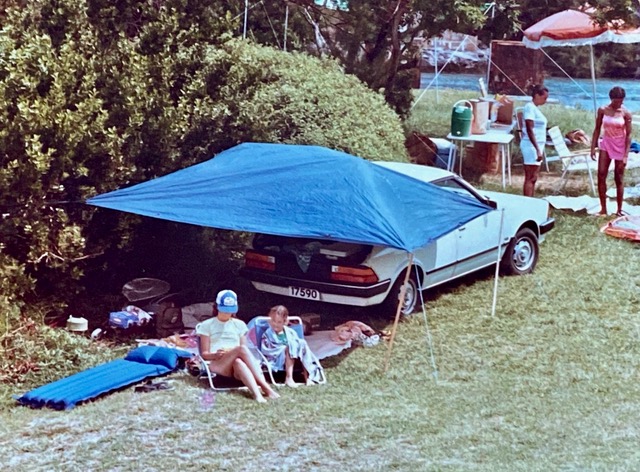 The perfect spot for Cup Match 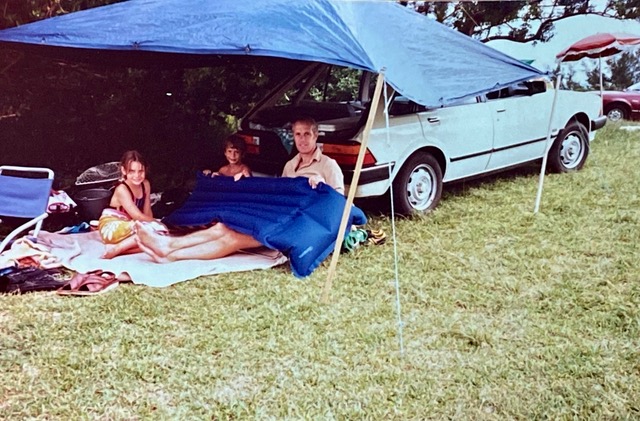 Relaxing while listening to the game

For our family the best time to be at Police Beach was during Cup Match.  We would pack up enough food and drink to feed a small army, be down there early on Thursday morning, erect a tarpaulin out of the back of our car for shade, and lay off all day listening to the dulcet tones of “The Voice of Summer” Jim Woolridge providing ball by ball commentary on the game. Sadly, Jim is no longer with us and his passing seemed to signal the end of an era. 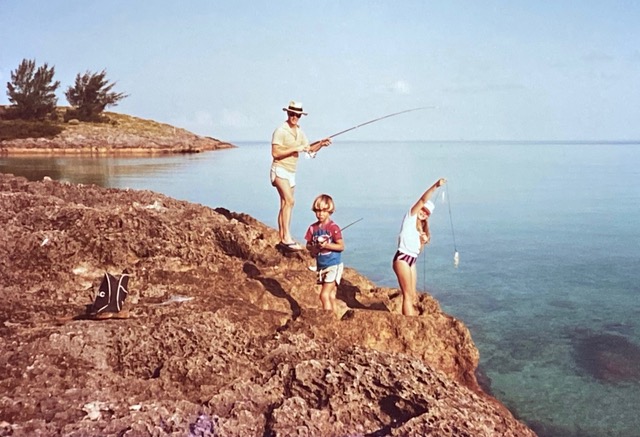 This photo of us fishing off the rocks has Gibbet’s Island in the background, and at that time there were just a few casuarinas on the island. These days it’s completely covered in casuarinas as are most of the small islands around Bermuda, and they are a major nuisance with their shallow root systems resulting in the being blow over during hurricanes  which seriously erodes cliffs and the waters edge. 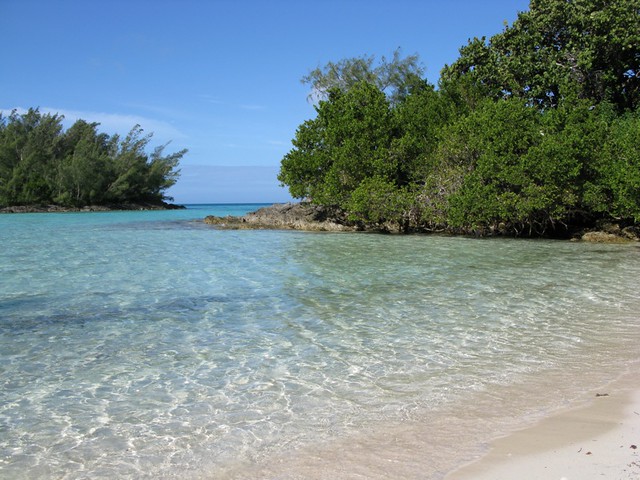 The  beach is now fenced off and rather poorly kept but I believe it is still open to the public during the summer. In addition to the walkway bridge being constructed over Flatts Inlet where the old Bermuda Railway used to cross the inlet which isscheduled to be completed in June of this year,  to the east of Police Beach there is already a footbridge across North Shore Road, and when the Flatts Inlet bridge is completed it will provide a link for the railway path enabling us to walk from near to the Bleak House where the Commissioner of Police used to live, all the way passed Police Beach and Flatts Inlet to Shelley Bay.

If you used to spend time at Police Beach with your family please feel free to send us any photos you might have along with your reminiscences of those glory days.