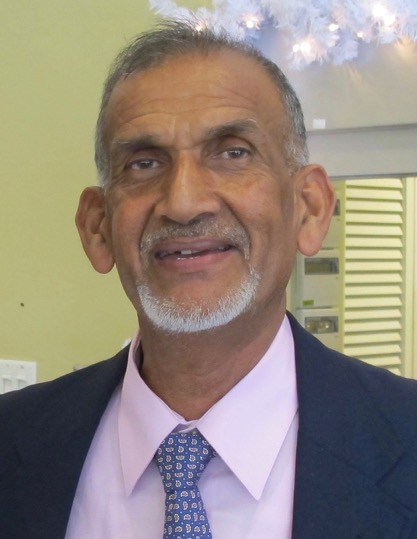 We just received several emails and photographs from our good friend Paul Singh who joined the Force in 1980 having previously serving for  8 years in the Bermuda Prison Service.  Now retired, Paul and his wife Lorna , recently embarked on a 6 week trip to South America.  Paul and Lorna left Bermuda on 2nd December and headed to Costa Rica, then Panama before heading to Equador to meet up with another former Bermuda policeman, Jim Fullerton, who served from 1973-1996, and his lovely Equadorian wife, Glenda. 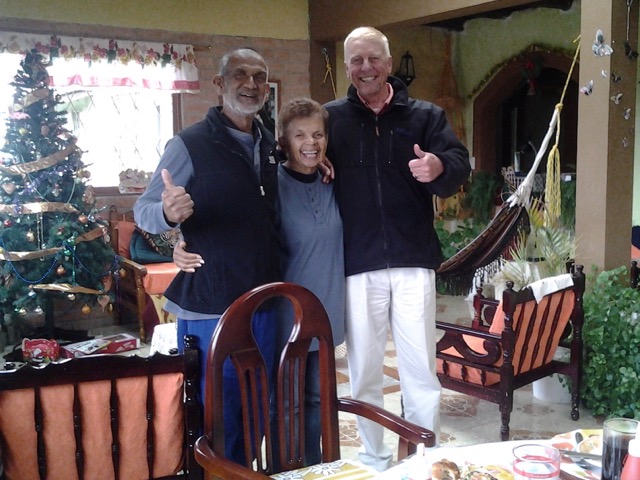 Paul and Lorna meet up with Jim Fullerton

They first took an overland tour through Costa Rica, visiting many villages; also the capital city, San Jose.  They zip-lined over mountains and rainforests. After criscrossing waterfalls and viewing active volcanoes they crossed the border into Panama, took a ferry to an archipelago named Bocas Del Torro, a small fishing town with no vehicular traffic. Paul says food was cheap and you can have a meal for US$5. After travelling via bus and ferries Paul and Lorna entered Panama from where they flew to Cuenca airport in Equador and were met by Jim and wife Glenda who were very accommodating hosts.

Jim and Glenda live in a 9 bedroom 6 bathroom farm house situated  3000 feet above sea level in the Andes mountains. Cool at nights but stunning views of the changing mountain scenes. Farming is the main form of life there, and it’s not uncommon to see native women dressed in bright colored outfits milking cows in the fields. 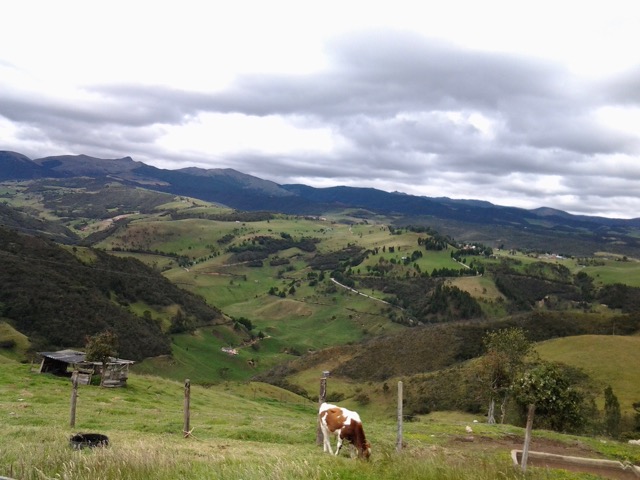 View from Jim's farm in Equador

Paul says, “Food is sooo cheap. We spent New Years with Jim where we saw guinea pigs prepared from the cage to the dining room table - very tasty meals. Tradition at midnight on New Years Eve is to burn maniquins made from rags and leaves, signifying getting rid of the old things in the previous year, then setting off fireworks. 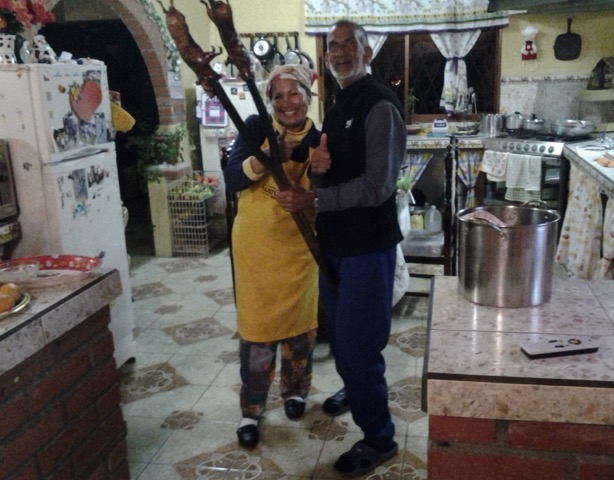 Glenda and Paul pull out the roast guinea pigs for dinner

Jim is now retired and living off his pension. It’s said that in the three countries we visited a couple can retire on less than $1500 per month.  There are over 20,000 expats who call this region home.

After our week with with Jim we flew back to Panama City where we are now.   We took a boat tour of the Panama Canal. What an amazing engineering feat that is over 100years old and  joins the Pacific Ocean and the Atlantic Ocean.

We traversed the canal entering from the Pacific side through the Miaflores locks where we saw many large container ships/carships, just about every large ship goes through the canal, thus avoiding  Cape Horne, a most treacherous waterway. It took us 8 hours to cross from Pacific to Atlantic coast in the town of Colon. 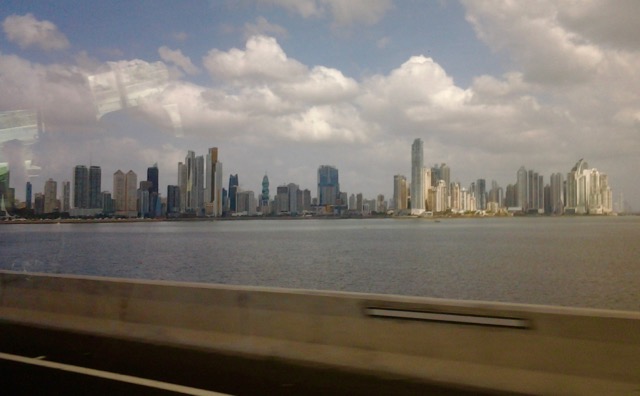 View of Panama City with its New York style skyline

The canal operates 24/7 with fees  calculated per container and size of ships.  The average size container ship carries over 5000 containers cost $119,000 per crossing whilst the Panamex ships cost $419,000, per crossing. Hotels here cost from US$20 depending on what you are willing to pay.  Hope this covers a snippet of our travels. The temperature today in Panama City is 91 F and we are homeward bound after a restful holiday in Latin America.

Happy New Year to everyone at home in Bermuda."