Print
Our old friend and colleague, Neville Darrell, is featured in an interesting article in the Lifestyle section of today's Royal Gazette (19th Jan 2022).  Neville is pictured on his motor cycle at the age of 81, and I wonder how many of us remember his incredible riding skills when he was in Cycle Squad, as a wicket keeper/opening batsman in the Police cricket team and, of course, as an outstanding Cup Match cricketer who captained St. George's. 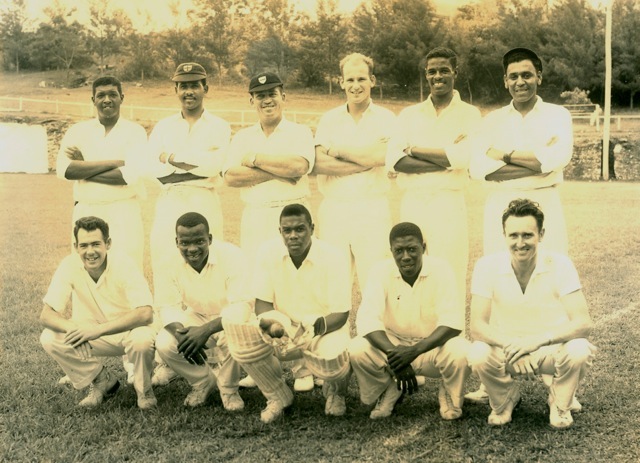 Here's an extract from the Royal Gazette article written by Jessie Moniz Hardy:-

At 81, Neville is writing about his
life and recording it on film

Neville Darrell is 81, but has no thoughts of retirement.

After a long and varied career that included stints as a police officer, an insurance salesman, and a security services firm owner, he is still working.

“Officially, I’m a taxi driver, although I haven’t driven in a while,” the St George's resident said. “One should never retire. I tend to always keep myself active in different ways.”

In 2002, he published Acel’dama, a book about his police career. With the help of Rick Richardson, the former chief executive of the Bermuda Broadcasting Company, he is making it into a documentary that he hopes will be completed this year.

Mr Darrell is also writing a sequel to the book. His favourite time to work is in the early hours of the morning, when most people are asleep.

“I am at my most creative at that time,” he said. “When I was a police officer that was also the best time to arrest someone; the clubs were closed and most people are at home at 4 or 5am.”

“I wanted to earn money to study abroad to become a teacher.”

His friends laughed when he told them about his new job. Together, they had committed multiple petty crimes through their teens.

Mr Darrell decided it was time for change after the people he and his friends planned on robbing turned on them.

“I realised that I could be hurt in return,” he said.

He and his friends started reading about and practising self-defence techniques. Mr Darrell was seduced by the philosophy in many of the books - that it was always better to avoid a fight and not cause harm.

Six months into his job with the police, he realised that he had not earned enough to go overseas and actually liked the work he was doing.

“It came easy to me,” said Mr Darrell, who worked in every department during his 17 years as an officer. “It was quite an interesting and challenging job. It can be very rewarding, particularly if you are people-oriented.”  ......

CLICK HERE to view the rest of the article. 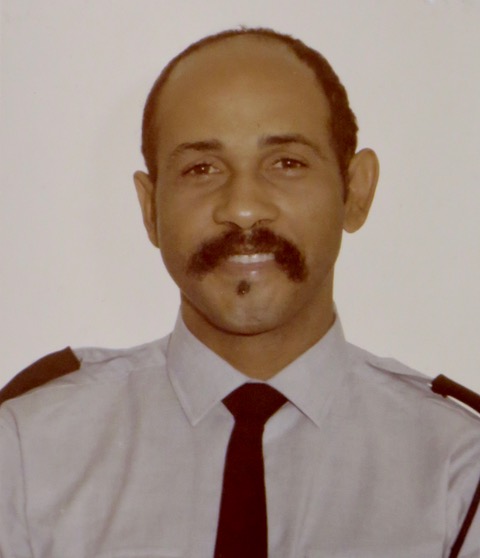 Neville joined the Police in 1960 and was initially posted to Eastern Division, St. George's. 3 years later he was posted to Cycle Squad where he had several stints and was without doubt an exceptional motor cycle rider. 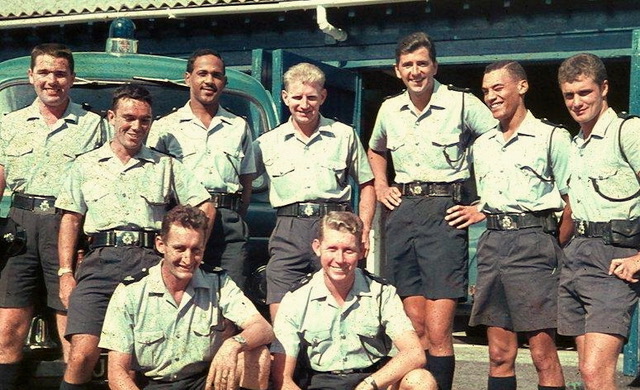 During his service Neville served in a wide variety of departments including Central Division (Hamilton) "E" Department as one of the first Narcotics officers, at the Civil Air Terminal,  Training School, Western Division (Uniform) on Mobile Reserve, and at least 4 years in Central CID and the Murder Room. 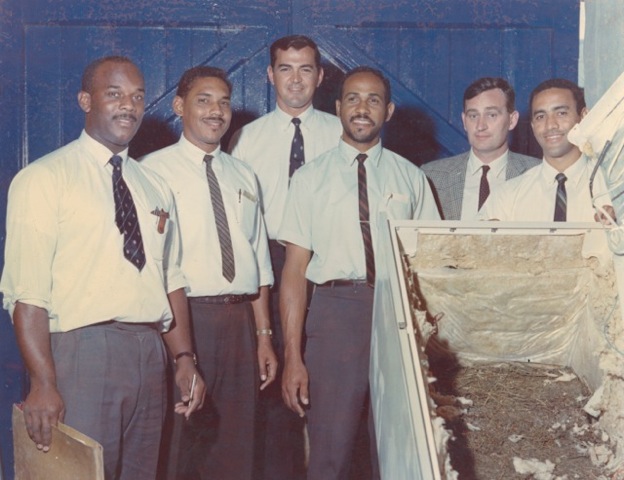 Neville received at least five commendations including three for excellent investigations of cycle thefts, and one from H.E. The Governor for courage and initiative displayed during the course of the arrest of Erskine "Buck" Burrows for the series of murders of the former Governor, the Commissioner of Police and others.

Aptly nicknamed "Maverick" Neville had his ups and downs in the BPS having been promoted to Sergeant and subsequently demoted.  He left the Police Force in 1978 after 18 years service, but without question he was a legendary character in the BPS with a somewhat "unorthodox style of policing" who will be always remembered by those who served with him.

Editors note - Correct on all counts Davie. I'd forgotten we had shoulder numbers as Chief Inspectors. Would you be able to help with one more query? On first promotion to Sgt I had the number 91, and after re-joining as a P.C. I had 421, but would you be able to recall my number when promoted to Sgt a second time? You're my only hope because I canlt remember!

Davie Kerr 4 months 25 days
Neville had the unusual "distinction" of having had two different shoulder numbers either side of his promotion, 166 and 192. I blush to admit it, but I can't remember his number as a Sgt!