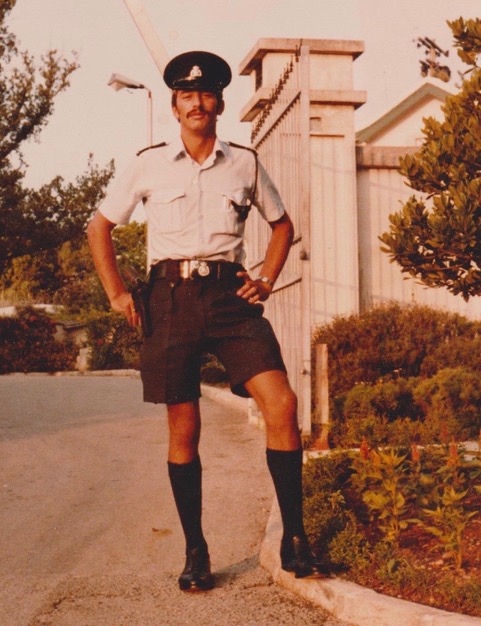 Young P.C. Brian Howard on duty at Government House during his early days

We have just received the following email from former P.C. Brian Howard, who along with Brian Russell and Alan Earl will be visiting Bermuda for the first time in many years from 7th–  20thSeptember:-

Hello Roger
I have been looking through the website of the ex-Bda Police and have to say I really enjoy it. I do look every few years and my reason for this last visit is that I am coming out to Bermuda from 7th to 20th September. This is my first visit after almost 26yrs!
I am coming out with ex Bda officers Brian Russell and Alan Earl. I was there from May 1982 to December 1993. Brian and Alan were there between those dates. I finally retired from Gloucestershire Police in June 2015 after 39 yrs service in three forces!
I believe Brian has tried to contact you via Facebook but hasn't heard back.
We know about the Thursday afternoon get togethers at the PRC and we would like to appeal to all those officers who served with us to come by and say hello.
I served at Central for a few months then I went out to Western and then Narcotics. I would love to see those that I worked with, including but not restricted to the following. Cherie Bean & her husband Alan (Worked at Bda Immigration), Mike Jent, Terry Gift, Butch Burgess, Ronnie Green, Kim Vickers, Wilbur McLean, Moby Pett, Rudy Richardson, Sean Field-Lamont, BT (Dog handler), Geordie Coyles, Dave O'Meara. From Somerset station, DB (Dave Barber), Gerry Fletcher and his wife Nadine. From elsewhere, Bob Hay, Kevin (Boogie) Knights, Mike Shaw, Carlton (Soccy) Adams, Paul Cranage, James Howard (Ex COP, who always called me his cousin!), Rex Osbourne, Keith Cassidy, Brian Malpas (Ag & Fish dept), Gerry Lyons, Eddie Davis, Bev Hopkins (Nee Outerbridge), Davy Kerr. 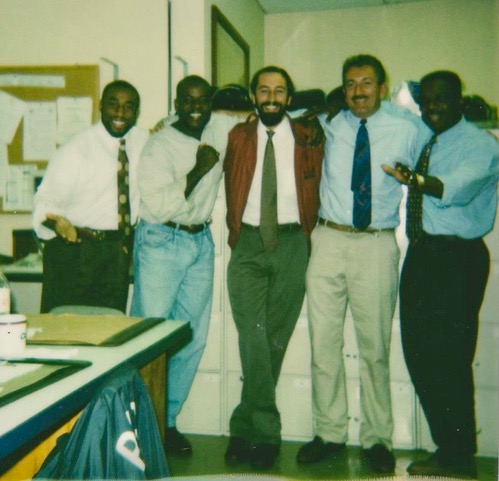 Well that's just a few I can remember and some I can pick out of your 'rogues' gallery.
I was saddened to hear about Laurie Phillips. He was such a lovely chap and looked after me when I was one of his 'offisah's'.
I am really looking forward to seeing Cliffy at the bar.
Many thanks and kind regards
Brian Howard
Formerly Dc 241

Sadly, we lost Bob “Pudsey” Hay a few years ago, while quite a few of our old colleagues no longer reside in Bermuda such as Mike Jent, Ian “Geordie” Coyles, Dave O’Meara, Eddie Davis, and Davie Kerr. 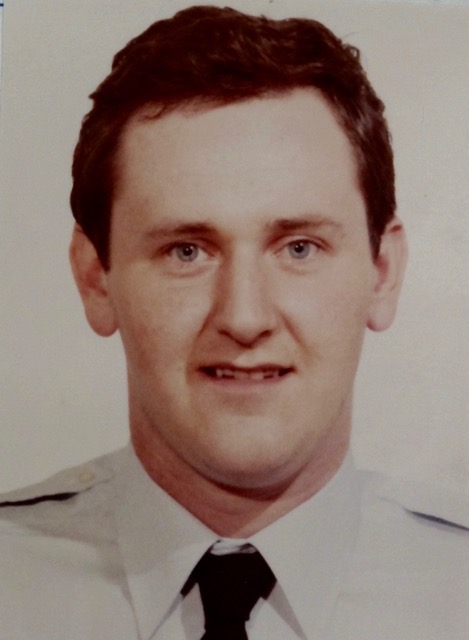 Alan Earl served here from April 1983, having previously served  in the Liverpool Police.  Alan served here in Central (Uniform), Western Uniform and Parishes, in the Incident Room and on the Task Force before leaving the Island. 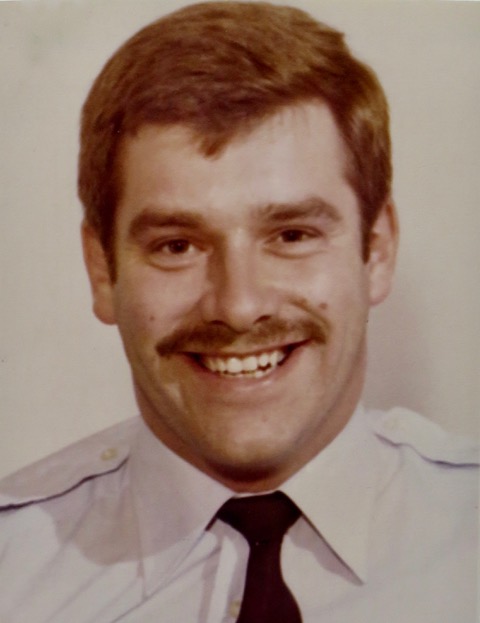 Brian Russell could possibly claim to be “the oldest police officer ever to serve in the Bermuda Police” because, according to the official Police Register he joined the Bermuda Police in January 1894!   We’re sure though that it should read January 1984, and while here he worked in Western Uniform, Narcotics, Central CID, Western Uniform, and for a second spell in Narcotics, leaving in January 1990.

I’ve promised Brian Howard that I’ll contact as many as possible of the officers he has mentioned, and the trio will no doubt be happy to visit the Police Club on a Thursday afternoon for a get together with their old friends and colleagues.

I have Brian’s email address and happy to pass it on to anyone who would like to make contact with him prior to their arrival.