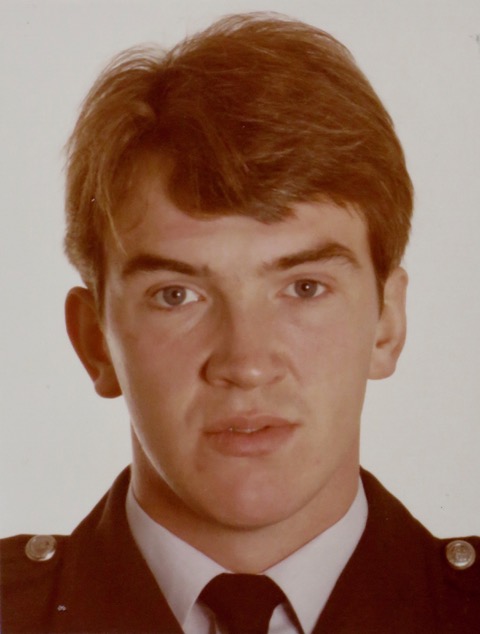 We were deeply saddened to hear of the death of former P.C. Stephen Foster who passed away a few days ago at the age of 60 at his home in Garswood near Wigan.  We have been advised that a funeral for Steve will be held at 1.15pm on Thursday 31st January 2019 at St Mary's Church, Billinge near Wigan WNS 7QJ.  Steve joined the Bermuda Police in October 1980 and served for about 12 months before being transferred to Eastern Division. He resigned and returned to England in January 1982 and joined the Mewrseyside Police in uniform and later in CID

We received the sad news from former P.C. Steve Owen who  joined the Bermuda Police in 1981, as an experienced officer who had served in the Lancashire Police from 1972-1974, and then in the Merseyside Police for 7 years.  While here in Bermuda he served mainly in Western (Uniform) until he returned to the U.K. in 1983.  We greatly appreciate Steve Owen taking the time to write and let us know the sad news about his old friend.

Following a comment from Mark Bothello (see below) we have posted this photograph of Basic Training Course #28 which Steve Foster attended back in October 1980.  Steve is furthest right on the middle row.  Mark also noted that, sadly, three other recruits who attended this course have since passed away -  Gary "Guppy" Young, Andrea Durrant, and Greg Grimes. 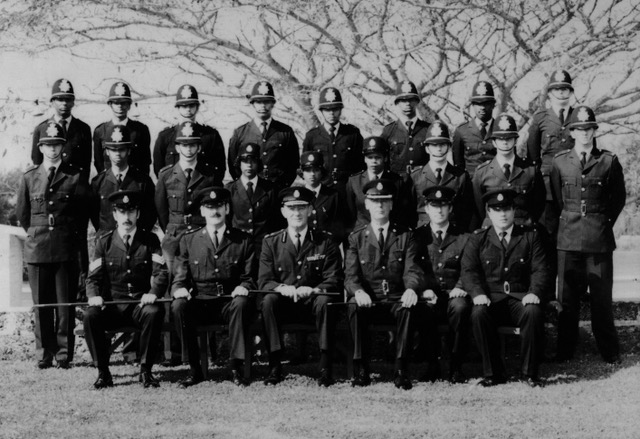